What it takes to build a community of purpose for journalists

When I arrived at ICFJ as its first director of community engagement last February, the world was in the early throes of COVID-19. Not yet declared a pandemic, the virus was spreading around the world, beginning to grind countries to a halt. It was becoming increasingly clear that what was unfolding had the potential to be catastrophic.

At ICFJ, our in-person trainings and fellowships for journalists would have to be made all virtual. We needed to remodel how we were going to serve the thousands of journalists in the network we had built over 30 years.

Our response? The ICFJ Global Health Crisis Reporting Forum, which today features five Facebook groups, comprising nearly 13,000 journalists across 134 countries. These journalists are sharing information with each other, participating in our webinars and connecting to report hard-hitting stories. The Forum, hosted in English, Spanish, Portuguese, French and Arabic, has generated incredible impact.

Before joining ICFJ, I had previously spent three years in the Balkans with the Organized Crime and Corruption Reporting Project, an ICFJ network partner. I had witnessed firsthand the power of collaboration between journalists, and what happens when they connect across borders to work on stories, share information and resources, and support each other in crisis.

What journalists needed as COVID-19 upended the world was a platform for connection.

The Forum was ICFJ’s first community engagement project, and it just won the 2021 ONA Community Award. Here’s how we did it:

[Read more: Forum webinars and other resources about COVID-19 published by IJNet]

Identify your community, assess their needs and define your objective

At the pandemic’s onset, we understood that suddenly all journalists were now working the health beat, in one form or another. They needed to be able to communicate scientific findings accurately and effectively, cover developments without spreading panic and counter mounting levels of false information being spread online.

I began by surveying journalists on social media, asking them what kind of support they felt they needed to better report on the emerging global health crisis. Within days, my inbox was flooded with responses from around the world — from South Africa and India, to Argentina, China, Italy and more — as reporters and editors lamented their lack of access to scientific experts and health reporting resources, noting, too, that governments were not being transparent with information about the virus’ spread in their countries. Reporters were also worried about their own safety — how could they best protect themselves from the deadly virus as they carried out their critical reporting?

Design your community with your value-add

Now that we knew what reporters needed, we had to determine what to create.

Our team went for low hanging fruit — a digital group on Facebook, to bring together in one place a large, global audience of journalists. Here, we would livestream our webinars, post helpful resources and encourage collaboration. We invited scientific experts, members of civil society and fact-checkers, too, and compiled a list of epidemiologists, virologists and public health experts to reach out to to take part in our online panels. We offered a mailing list for journalists who weren’t on Facebook but still wanted to access our programming.

We invited the journalists on our mailing lists, and reached out to the wider journalism community on social media to join. We launched our first webinar with a big name ticket, Dr. Samba Sow, the WHO COVID-19 special envoy to Africa.

We strived to disseminate our webinars and resources as widely as we could. We chose Zoom to livestream webinars due the user-friendly platform’s ability to host large digital audiences. With support from other teams at ICFJ, we tracked impact and developed proposals to raise funds for the project. The all-hands-on-deck approach allowed us to hold bigger online events like this Q&A with Sweden’s State Epidemiologist Dr. Anders Tegnell, and effectively moderate the Facebook group. We’ve kept disinformation agents at bay, too — if a member posts false information in the Forum, or points to inaccurate reporting in discussions, we call it out and debunk it.

As our English-language Forum grew, we attracted funding to expand the project into Spanish, Portuguese, French and Arabic. We brought on a global team of community managers to cultivate each group in their local languages.

These media leaders are deeply passionate about their work, with regional profiles and local networks of their own.

We also appointed moderators for each Forum group to assist with communications, moderate discussions and track impacts.

We regularly check in with our communities about their wants and needs, in a variety of ways. We send webinar attendees post-event surveys, for instance, and poll our digital groups about what they’d like to see more of.

As 2020 rolled into 2021, we asked our communities how we could best continue to serve them as the pandemic evolved and new issues, such as COVID-19 variants, and vaccine development and distribution emerged, and public health responses changed.

Their feedback in hand, we updated our programming to offer more trainings, for example, and Q&A sessions with health experts.

The pandemic isn’t over yet — but one day it will be. We’re in the midst of other global crises, too, like the climate’s deterioration, and the spread of mis- and disinformation. Still more will undoubtedly emerge. Journalists will need to adapt, and gain specialized knowledge and skills to carry out their vital reporting.

As we look ahead, we plan to grow in dynamic ways the online community of journalists we established during the pandemic. Communities, after all, aren’t meant to be static.

The Forum project won’t be the last of its kind at ICFJ. Fortunately, our experience building these vibrant communities offers critical lessons for what’s needed to engage a global community of journalists today and into the future. 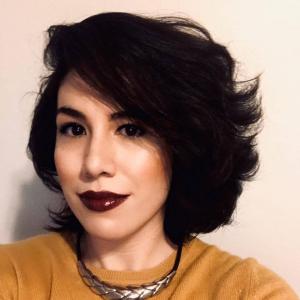 Stella Roque is Director of Community Engagement at the International Center for Journalists (ICFJ) based in Washington, D.C. In partnership with every team across ICFJ and in coordination with ICFJ’s Content & Community Team of which she is part, she designed and launched the ICFJ Global Health Crisis Reporting Forum as the institution’s global response to the COVID-19 pandemic, its first community engagement project.