The rise of freelancer collectives in the Francophone world

Twenty years ago, being a freelancer was a lone endeavor. "Today, there is such a need to get out of isolation that a young person immediately thinks of joining a collective," said Emilie Gillet, one of the board members of the nonprofit Profession Pigiste. "Through our event Les 48 h de la pige, we may have participated in popularizing collectives because we held multiple workshops and wrote articles on the subject," said the 43-year-old journalist. These meetings gather freelance journalists from all over France.

Fanny made the jump following the event last June: "I've been freelancing for six months. I have regular collaborations but I need to talk things out with colleagues, to receive feedback on my stories or get names of media outlets to whom to pitch them". After a negative answer from the Tu piges collective*, the 30-year-old journalist joined the Hors cadre team in September.

For her, it is above all a space. She can have an office for EUR90 per month. "It was important for us to have premises where we could meet," said Sylvie Fagnart, 43 years old, a journalist and one of the co-founders of the Hors cadre collective. The team took up residence in Pantin, near Paris, in December 2019. "The issue of the office turned out to be a thorn in our side because we had to pay the EUR1,200 rent, even during lockdown. So we had to expand," she explained.

Hors Cadre has 20 members: print journalists, photographers, radio and TV journalists. Complementary profiles that favor collective projects. "A fellow photographer has been following a group of drag queens for several years. He asked me to work with him. We pitched the project to Elle magazine, which will publish it on its website. This is an example of a story that I would never have done alone", said Fagnart. The momentum is finally there, and Hors Cadre is even planning a launch party as well as joint courses in media literacy. "This enthusiasm around collectives is great! Because they are the best way to defend ourselves in our very precarious jobs," said the co-founder.

Since the 2000s, freelance journalists have been grouping together in collectives to live better as freelancers. The trend has accelerated since the 2008 media crisis. Last March, a new group was born: Collectif W, which brings together about a hundred freelancers. In April, the association of women sports journalists launched with more than 170 members.

What do these collectives represent? How do they function? In 2019, Clémence Aubert-Tarby, a researcher, and Nicolas Aubouin, a teacher-researcher at the Paris School of Business (PSB) published a study called L'inscription des formes atypiques de travail dans des espaces partagés : le cas des collectifs de pigistes (Atypical forms of work in shared spaces: the case of freelancer collectives).

This study of 13 journalists from four different collectives identified four types of organization: the "burrow" model in which the work collective remains focused on sharing a common space, the "anthill" for collectives structured around common professional projects, the "hive" where skills are exchanged and the "molehill" for collectives that rely on building a formal and informal sharing network. Each collective thus has its own way of working. At Hors Cadre, in addition to sharing an office, members work on common projects and share their address book. They are not the only ones.

Moreover, they only receive meagre salaries, "the average rate is around XOF5,000 (or US $8.83) per article," according to Marc, 29, a journalist and the president of the association. These already insignificant incomes have fallen further with the COVID-19 crisis. However, independent journalists do not receive any government help while traditional media outlets have been well supported. Faced with these injustices, the collective wants to defend the interests of independent journalists against the national ethical regulation body, the authorities and even some media outlets.

The 200 members share a working space, as long as they're up to date on their membership. Every other Friday, a debate on a news item or a professional issue is organized. "It is a permanent place to talk but also to share opportunities. If one of us has more commissions, they can pass some of them on to the others," said Marc.

"Everyone benefits from the others' networks"

The collective Les Incorrigibles or "Les Incos" rents two rooms in Montreuil, near Paris. "On paper, it's the only legal thing that binds us," joked Audrey Mikaelian, a 47-year-old journalist and director. The 25 journalists each pay less than EUR100 per month. Between time spent reporting or shooting film, vacations and other absences, only 10 people use the offices on a daily basis. Every Monday at noon, the editorial conference of the Incorrigibles de Montreuil, known internally as La CRIM, takes place. It's an opportunity to keep up to date with each other's work, to express one's needs and to share one's state of mind. It is at this meeting that the journalist-photographer pairs are formed.

The strength of the group is also Les Incos's greatest advantage. Everyone benefits from the network of the 24 other members. This exchange is practiced when it comes to knowledge as well as skills. When a member has a problem with an article, they can rely on the advice of the others. In the same way, if a person is having trouble with taxes, social security, the unemployment office or any other administration, there is always someone else who will be able to help them or direct them to the right person.

Audrey Mikaelian, who has been with the collective since 2011, called Les Incos a "solidarity-based coworking community". Some of them are learning about technical issues such as professional development and job training rights or copyright law. Others test their media literacy workshops on each other. This way of working is attractive to many freelancers. "A few years ago, we would get 11 applications when a spot opened up. Today, we receive six or seven," said Mikaelian. The only disadvantages remain the financial cost of rent, and the low-activity periods when the momentum is lost because of disengagement or personality issues.

In Belgium, collectives come and go. Very few are structured, according to the Association of professional journalists. Huma is an exception. Created in 2011, the collective is composed of three photojournalists and a writer. They chose not to share an office but the collective is based on collaboration. "I joined the collective in order to share the experiences, joys and difficulties in the field, but above all to build projects together," said Johanna, 47, photojournalist. At Huma, the journalists love long term investigations that allow them to dig deep.

For their project What the foot, Johanna de Tessières and her colleagues met with female footballers from all over the world a year and a half before the Women's World Cup. From the idea to the publication, they remained in control of their project. "The downside is that we end up doing a lot of project management, instead of going out into the field."

In the Central African Republic

In the Central African Republic, a consortium of independent journalists was formed in 2020. "The goal is to unite because there is strength in numbers," said Fiacre, a 35-year-old journalist and the founder of the consortium. The young collective doesn't have its own premises, for lack of funds. But the ten or so members sometimes rent meeting rooms to work on common projects. Fiacre and his coworkers often investigate corruption and misappropriation of public goods, topics they can tackle without pressure only because they are not attached to any specific newsroom and thus have editorial independence.

Among the collective's activities are the fight against disinformation on social media and in some publications. The collective goes so far as to offer discussion sessions on disinformation and fact-checking for their colleagues.

Independent journalist collectives may be on the rise, but they are not a must-have for everyone. Emilie Gillet, who has been freelancing for 21 years, has no desire to join a collective even though she is aware of "all the benefits that they can offer." She invites each freelancer to ask themselves what they are looking for in a collective and what they want to bring to it. Most of them are associations that require a minimum of commitment and that is not for everyone. However, no matter how they operate, they're an answer to one common problem: "An end to loneliness, because of the very definition of the word collective," said Audrey Mikaelian. "The only difficulty comes from people who come in search of what they won't find. Work, for example."

Photo by CoWomen on Unsplash.

This article was originally published by our French site. It was translated to English by ​​Sedera Ranaivoarinosy, our IJNet French translator. 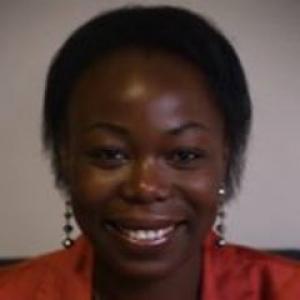 Chantal Baoutelman is a Franco-Chadian journalist and a member of the Tu pigescollective. She writes about Africa, feminist issues, parenthood, the workplace and human rights. She has worked for RFI, Femina, Francophonies du sud, Bastamag and Causette.