What J-Schools should teach about freelancing

The world of journalism is rapidly changing. The status quo yesterday may not be the status quo tomorrow, and journalism programs are struggling to keep up. Many schools fail to fully prepare students for the realities of today’s media market, such as freelance  journalism which grows in popularity daily.

Freelance journalists are already doing much of the heavy lifting. If it follows the trendline of the gig economy in U.S., too, it will only become more prevalent in the years to come. It is projected that by 2027 more than half of the U.S. workforce will be freelancers.

Colleges and universities have struggled to navigate this landscape, which has disheartened career freelancers and staff reporters alike. What can schools do to ensure that students are better prepared for this growing frontier?

As a career freelancer myself, I’m often surprised by how little many fellow reporters prepare when they have to cold pitch to an editor. Oftentimes they are unsure how much to share up front, and how to go about it.

Editors can have very different approaches about how they would like to get pitched to. Some like short and sweet pitches, while others prefer something more fleshed out, for instance. However, very rarely do editors like to receive a full unsolicited draft of a story they did not commission.

[Read more: Tips for editors who work with freelancers]

A colleague, who preferred not to be named, said that because she was new to freelancing, she had no idea how to properly pitch a story. A journalism graduate, she asked if a pitch should include a full reported draft. Her school did not prepare her for this element of reporting.

Freelance reporter and advocate Meira Gebel echoes that sentiment. “You're basically on your own, and you won't get better at pitching until you get a ton of rejections and look at what you're doing wrong. The curriculum should include how to make money, and that includes pitch workshopping.”

Gebel has been a vocal presence in the call for J-Schools to better teach students about the nuances and business practices prevalent in the freelance landscape. She outlined the disconnect in a piece for Business Insider.

Freelancing as a business

How to set rates for your work is an integral component of freelancing, yet it’s a skill many reporters do not have. Freelancing is a business and one’s success largely depends on how savvy they are.

“They need to incorporate ‘business for freelance journalists’ into the curriculum,” Gebel said.   “[Schools need to teach] how to understand what a project-based freelance or independent contractor contract includes, and how to set a rate. A lot of students are confused about what their work is worth, and they don't know how to put a dollar value on what they are able to do.”

Smaller-tier schools with journalism programs also struggle to equip students with the skills freelancers need to be successful. This was the experience had by Karah Wilson, a staff editor at a small local newspaper in Indiana who used to freelance..

“The school that I went to very, very rarely, if ever, talked about freelancing. Their main goal was to teach us the ethics and the basics of journalism, and how to write in AP style,” she said. “One thing I wish to learn is how to pitch. It would have been something very beneficial to learn at my university,” she added.

[Read more: The rise of freelancer collectives in the Francophone world]

Freelance journalists must be able to market themselves and their work in a way that will stand out. This includes developing your identity, leveraging social media platforms effectively to advertise your work, and adding needed context around your reporting. Social media is a great avenue to add commentary to hard news reporting or discuss some good points you had that maybe didn’t quite make it into the final draft.

“We've seen how much of this industry, especially as a freelancer, relies just on social media presence,” said Jack Crosbie, a career freelancer who has written for The Atlantic and Rolling Stone. He added that maintaining a presence on social media can help freelancers stand out.

“I think students  would be very well served by having some [classes that teach] alternatives to the traditional view, at least presented to students and have them understand that there are more ways to do journalism.”

Journalism schools should provide a greater focus on how to use social media as a reporting and distribution tool, and not just for newsgathering. Increasingly, social media is a way to engage with your audience and add more context to your story that you might not have otherwise been able to fit in your word count or time constraints. 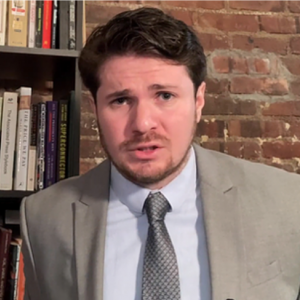