When Blessings Kadewere, 28, was offered an internship in 2016 straight out of journalism school, he was overjoyed to know that his childhood dream of working in media was coming true. His family not being able to afford a journalism course made Kadewere’s road to obtaining his diploma a bumpy one. Instead, he relied on part-time teaching jobs, and after a few years he was able to use his earnings to enroll in a program.

For the Malawi-based Kadewere, the future looked promising. “I started contributing to different media houses, both electronic and print, while I was still at school and the editor told me that my work was impressive. This gave me hope that I would not struggle to secure a job later on,” he said.

Soon after finishing his course, an editor at one of the radio stations Kadewere had contributed to  offered him what initially seemed like a promising opportunity. They told him they were impressed with his service and had decided to take him on, albeit under a conditional arrangement that did not include pay.

Despite working hard and producing several leading stories for eight months, Kadewere was still not getting paid for his work.

[مقالات بیشتری از : Holding the powerful to account in Ghana, in the face of corruption]

“I asked them whether what they were doing was legal and part of the conditions that we had agreed on. They said there was no contract. They even challenged me [and said] that I could go anywhere or even sue them and nothing would happen,” he said.

Kadewere’s story is not an isolated one. A mix of weak employment legal frameworks combined with struggling media houses and a culture of exploitation has put journalists, especially young or new journalists, known as “cub reporters,” at the mercy of news sources who otherwise provide allowances to reporters. It is a practice reflected across sub-Saharan Africa.

Jimmy Kainja, a lecturer in media, communication and cultural studies at Chancellor College, University of Malawi, said over-extended internships are common in the country and not necessarily unique to the media industry. “Media is central to governance issues, and the decisions that people make on a daily basis,” said Kainja. “Now, as you begin to look in the industry, you start understanding that it has a big problem.” The lack of payment isn’t just a moral or employees’ rights issue: it also contributes to the ongoing practice of bribery, or “brown envelope journalism,” in the region.

“You can’t pay your rent, you can’t buy food, the chances of being bribed are so high and you may end up with work which is not independent but rather public relations-based reporting,” he said.

Kainja knows journalists who have been on internships for more than five years. He noted that although media houses are struggling in the advent of social media and dwindling advertising revenue, trade unions like the Journalists Union of Malawi (JUMA) need to step in to protect reporters.

“These are reporters and they expect them to feed their families, get to work and live a normal life as if they are earning but they are not. That basically brings in problems in terms of quality of reporting, and in terms of content that is put in,” he added.

The practice has also resulted in promising reporters leaving the trade to pursue other ventures to support themselves. Efrida Nkhunga, 27, who has a diploma in journalism, described her stint as an intern at a radio station for over two years as tough. During this period, her survival depended on the allowances she received when she got invited to workshops. Now a primary school teacher, Nkhunga said she is able to provide for her family in a way she couldn’t in journalism, although she still harbors journalistic ambitions.

“We were not given any stipends although I was working very hard,” she said, adding that even going to the workshops was difficult with every reporter fighting to be selected by their newsrooms to attend.

JUMA, which was established in 2006 “to promote the welfare of journalists through advocating for their rights and fair reporting in cultural related information,” hasn’t been able to create change among employers. According to Charles Mkula, general secretary for JUMA, funding is one major issue, as is a culture of fear where employees are unwilling to go against their employers.

“They think if the employers know that they are engaging the union, they might be sacked, yet the laws are clear that unionism is part of the democracy and is there in the constitution,” he said.

Despite all these frustrations, many young reporters still say they are passionate about the media industry and, given a chance and proper employment conditions, they would happily return. For this to happen, however, a culture of change is needed that sees cub reporters as integral parts of the newsroom – and not as expendable resources. 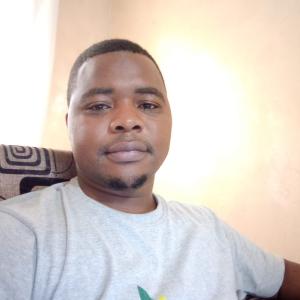 Charles Pensulo is an award-winning freelance journalist based in Malawi. He has been published with international publications including The Guardian, Al Jazeera, CNN and Thomson Reuters Foundation.