Tips for reporting on science skepticism

While vaccine-skeptic, climate-skeptic and other similar movements predate the pandemic, they have found new levels of visibility during the COVID-19 crisis. Today, vocal resistance to mainstream scientific consensus can be seen everywhere, from the German “Querdenker,” or “lateral thinker” movement, to sizable percentages of climate change skeptics in the U.S.

“Science skepticism” refers to the broader mistrust of experts and credible scientific findings that define such movements. As this becomes a more frequently reported story, it’s important to take care of how journalists report on it, in order to prevent misinterpreting what it is exactly, and the driving forces behind it.

Here are some ways reporters can improve their coverage:

[Read more: Tips for reporting on vaccines, hesitancy and misinformation]

The term “science skepticism” can be misleading. It’s important that journalists provide appropriate context when referring to it.

For example, although there can often be a significant overlap between resistance to COVID-19 vaccines and climate change denial, these two skeptical positions don’t always share the same followers. Individuals resistant to COVID-19 vaccines may believe in the reality of climate change or be pro-environmental conservation, and vice versa. Clarifying what kind of scientific expertise a group or movement is skeptical about is important, rather than painting all skeptics with the same brush.

It’s also important to note that science skeptics don’t define themselves as such, and they often pull from discredited or fringe experts and scientists to back up their claims. For instance, a movement in denial of climate change may cite rare scientific sources that argue against the consensus of 99.9% of scientists that climate change is man-made as a way to support their position.

Instead, science skeptics question mainstream science. They often base their mistrust on anti-intellectualism, or the generalized mistrust of experts and intellectuals, instead of the scientific method per se — especially when it comes to highly politicized issues like climate change and the pandemic.

There are strong links between certain right-wing politics and science skepticism. In the U.S., Republican voters are much less likely to be vaccinated against COVID-19, or to believe climate change to be the consequence of man-made processes. In Germany, the far-right Alternative for Germany (AfD) has openly campaigned on resisting COVID-19 vaccinations as part of its political platform.

Keeping in mind that climate change denial, vaccine hesitancy and COVID-19 skepticism do not belong to the same politics can help avoid over-generalizing, and misleading readers.

[Read more: Coverage of COVID-19 differed in the U.S. and China. Here's how.]

Throughout the pandemic, anti-vaccine demonstrations regularly appeared on the front pages of newspapers. Continuously spotlighting these events can create the perception that science skepticism is a larger phenomenon than it actually is. When reporting on these movements, it’s important to contextualize them within the larger framework of high levels of trust in science.

During this global health crisis, in fact, the majority of people across the world “have at least some trust in scientists to do what is right,” according to the Pew Research Center. In the same poll, a majority (58%) also believe that their governments are doing too little to combat climate change.

Science skeptic movements have real impacts. They can affect policy at local, statewide and federal government levels, such as reducing shelter-in-place compliance in communities where large portions of the population are vaccine-skeptic. Still, it’s important for readers to be aware that these views don’t reflect those held by the majority of people.

Not every journalist reporting on this topic needs to be a science or health expert. However, by avoiding these potential reporting pitfalls, journalists can ensure that their readers receive a more accurate and nuanced picture of the state of belief in science, and how scientific trust — or a lack thereof — affects their own communities and the rest of the world.

Photo by Julia Koblitz on Unsplash. 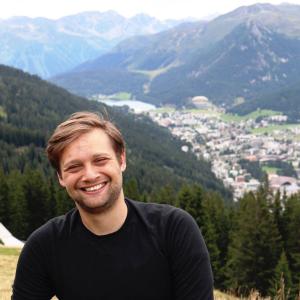