Tips for reporting on vaccines, hesitancy and misinformation

The distribution of COVID-19 vaccines in many parts of the world has given people hope that we may finally be nearing the pandemic’s end. There have been, however, mixed reactions to the immunizations, influenced by an abundance of misinformation.

Journalists should avoid common pitfalls when reporting on vaccines. For instance, don’t offer false information a platform in an attempt to balance conflicting beliefs and attitudes, said Haelle.

Legitimate debate may exist and deserves coverage when it arises, but make sure you address the actual scientific questions in your reporting, and are in touch with the right experts to supply accurate information. Clearly establish what the evidence shows, and offer context on the dissenting viewpoints, such as where the scientific and medical communities stand.

It’s important to know what sources to reach out to for your reporting. “Seek out people who are experts specifically in infectious diseases, vaccines and/or vaccine hesitancy,” said Haelle. “There is a need to be as precise as possible and seek diverse sources. Avoid generalized doctors, nurses and researchers who don’t have expertise in vaccines.”

Familiarize yourself with medical research concepts

Understanding efficacy and effectiveness is key when reporting on vaccines. The former involves how well a vaccine works in clinical trials, while the latter deals with how well the vaccine works in the real world. Both can refer to different endpoints: prevention, infection, disease, severe disease, hospitalization or death.

Information from studies requires context. If you come across a shocking or controversial result, make sure you confirm with researchers that you understand the findings correctly. If the information has not been officially published in any journal, check the researcher’s past work and experience, as well as the funders they’ve worked with. This can help you identify signs of ideological bias, determine the quality of their work, and more.

The same applies to data. It can be easy for big numbers to come across as abstract figures. Do not overload on numbers — use the most relevant ones that support your reporting, Haelle suggested. She also urged journalists to always ask for the scientists’ interpretation on the findings.

Pay attention to how you frame findings and convey information. When incorporating visuals, avoid dramatic photos. For instance, stay away from close-up pictures of large needles.

It’s critical that your reporting is precise, including when it comes to reporting on vaccine weaknesses, safety concerns and claims. Be careful to support positive reporting about the vaccines with facts, too. You should accurately cover what people need to know.

[Read more: Journalists and the urgency around the COVID-19 vaccine]

Be careful when reporting on vaccine hesitancy

Instead of using terms like “anti-vaxxer,” “vaccine refuser” or “vaccine resistant,” try to understand why some people don’t want the vaccines. Shaming does not change health behaviors. Keep in mind that those who do not vaccinate are a diverse group politically, economically, socially, educationally and religiously. Cultural beliefs may be well-entrenched in communities; be cautious, do not disrespect people.

There are many issues related to vaccine access, especially in lower-income countries. Pay attention to aspects of this issue, such as how vaccine appointments are scheduled. Importantly, don’t conflate hesitancy with a lack of access.

“A lot of people may not have access. Access is not about being able to, or just having a vaccine around the corner. Access also means having access to information that helps you understand the vaccine,” said Haelle.

When it comes to data around vaccine hesitancy, make sure that your reporting comes from reliable sources on the issue, and that you don’t undermine credible public health efforts. If reporting large numbers of vaccine hesitancy, journalists should examine why this is the case despite overwhelming evidence that the vaccines are safe and effective. Journalists should not hide the real numbers or story, but cover it thoroughly.

“You need to be honest as you are reporting the numbers, but you need to be careful about how you convey [them],” said Haelle.

Do not offer false information a platform

If there are only three people talking about why they do not want to vaccinate, for instance, do not broadcast their arguments more widely, without providing needed context about the inaccuracy of their reasoning. You do not need to include every single finding or opinion you come across. If writing opinion pieces, keep a neutral tone.

Identify and speak with trusted messengers, whether they be doctors or community members, for instance. Consider, too, speaking with influencers to help disseminate your reporting on the issue more widely, but ensure that they understand the science behind the vaccines.

Photo by CDC on Unsplash. 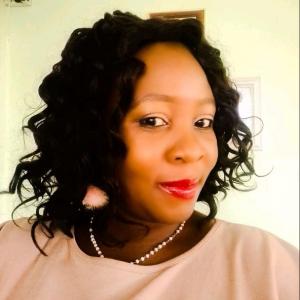 Josephine Chinele is a multi-award-winning international journalist. Chinele is a regular contributor to Good Governance Africa and Africa In Fact. In addition to that, she has crafted stories for international publications such as Bhekisisa (South Africa’s Centre for Health Journalism), USA’s Christian Service Monitor, Africa Watch, the GAVI website and Open Democracy.