The Syrian photographer who showed the world a war

In 2011, the Aleppo native was a second-year law student when protests began in Syria, following revolutions in Egypt and Tunisia. Using his cellphone, he captured photo and video of demonstrations against the Bashar al-Assad regime. As the conflict descended into civil war, al-Masri continued his work, documenting the violence that erupted in his city. He upgraded his equipment and, after getting in contact with Agence France-Presse in 2013, became a professional photographer.

His freelance photographs for AFP found their way around the world, appearing in outlets such as The New York Times, Time magazine, The Washington Post and more. And accolades have followed: Time placed one his pictures on its “Top Ten Photos of 2016” list; he won the grand prize in photojournalism from the Varenne Foundation and took third place in the 2016 Istanbul Photo Awards.

But these awards have come at a price. Not only has al-Masri watched his beloved city get destroyed, he’s also suffered personal tragedy and suffering. 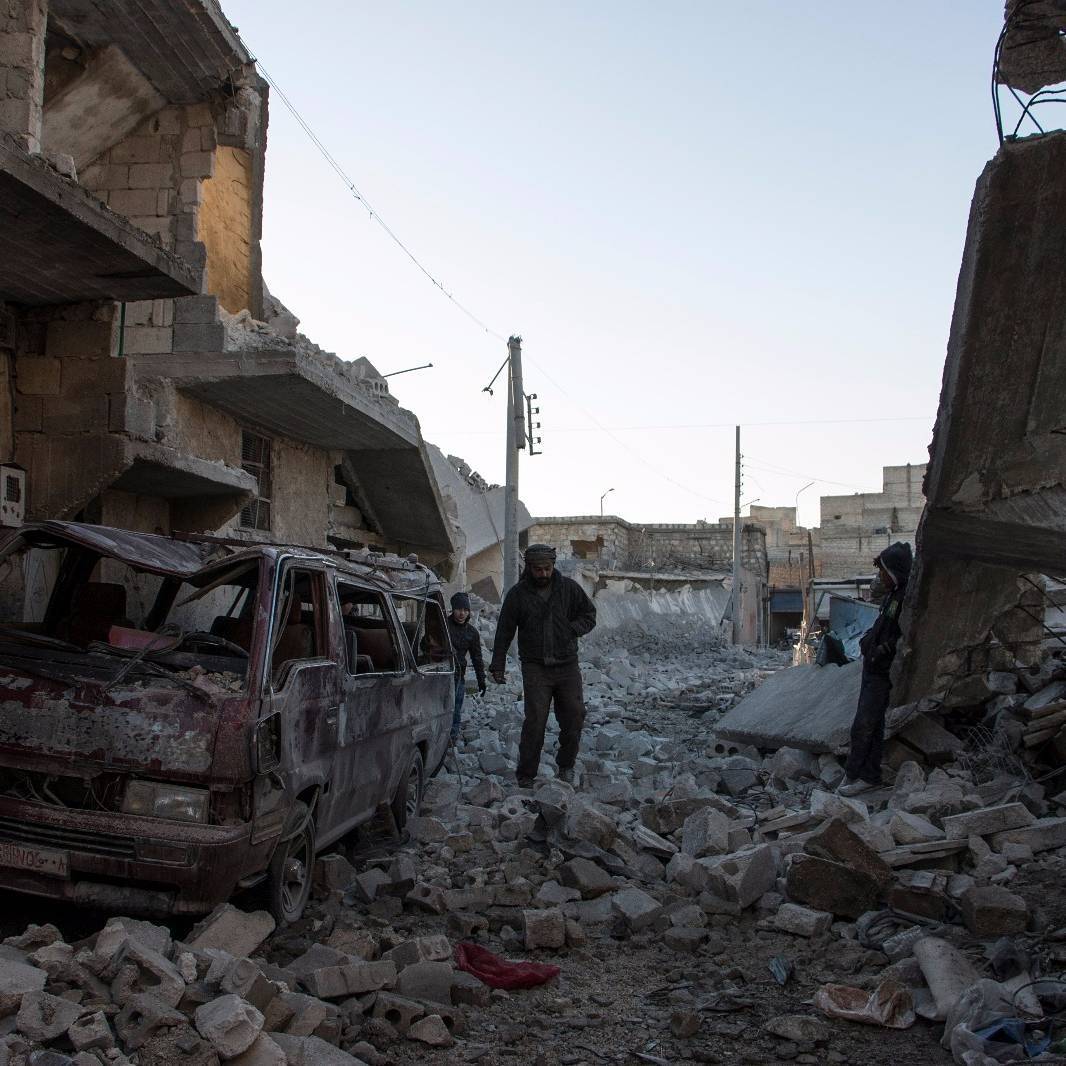 In April 2011, the Syrian government arrested al-Masri for posts he made on Facebook. Detained for one month, he stayed in solitary confinement and underwent torture. “The regime wanted me to say I was working for foreign agents,” al-Masri explained.

Then, in November 2013, members of the Islamic State kidnapped and incarcerated al-Masri simply because he was a photographer documenting what was happening in Aleppo, a major sin, according to ISIS. Again, he found himself in solitary confinement, surviving on a ration of half a slice of bread and three olives. When he was released six months later, not only did he find Aleppo leveled, but discovered his home had been hit by a barrel bomb, killing his mother. Weeks later, another bomb killed his aunt. Later, Syrian snipers shot him —twice— in the leg and hand.

Yet al-Masri doggedly resumed taking photographs, even more determined to show the world the atrocities experienced by Aleppo, particularly as foreign media fled in the midst of ISIS kidnappings and growing violence.

In December 2016, he was forced to leave Syria and, with the help of AFP, is seeking asylum in Paris. IJNet sat down with the now 26-year-old photojournalist and Knight International Journalism Award winner to talk about what it’s like to cover a crisis on the ground.

IJNet: What made you start documenting the conflict?

al-Masri: At first, I started to take videos for my channel on YouTube. My videos were just of demonstrations, there was no fighting or anything like that. I wanted the world to see what was going on on the ground because there were no foreign journalists. The mainstream media would say, “There’s nothing happening; Syria is fine; nobody is going to demonstrations.”

And then you kept doing it after it got violent. Why?

The war became a real war, not demonstrations or a revolution. The regime started to shell people with barrel bombs and missiles. It became very difficult to cover. But I wanted my work to reach everywhere in the world. Without these pictures and videos, maybe the regime would kill everyone in the areas out of [al-Assad’s] control.

Did you have photography experience before the war?

No, no, no. I taught myself. I looked at pictures from foreign journalists from all over the world. And I started to take pictures like them. I would send pictures to AFP, and they would tell me if they weren’t good. And then, with time and experience, I became professional. I spent three years taking pictures. If you study at university, it will take three, four or five years to learn photojournalism. I just learned on the streets.

I hope to continue my work as a journalist. I’m thinking about going on the ground again; I’m going to ask AFP to send me back to a warzone. I feel bored in Paris. I prefer to go somewhere in the Middle East, like Iraq, Yemen, Libya, maybe Bahrain, any warzone.

What does it mean to you to win a Knight Journalism Award?

I’m so happy to receive this award. This means my work reached people all over the world.