Today, Mexican journalism is at the same risk as it was under right-wing parties, this time by the National Regeneration Movement (MORENA) and AMLO’s public onslaught against critical journalists. Attempts to control mainstream media, established during the 70 years of government control by the Institutional Revolutionary Party (PRI) to guide the national agenda, are still prevalent today, with the practice of media co-optation by politicians maintained through the transition from one-party rule and into the current presidential administration.

Over twenty years after the first successful transition of political power, intimidation and attempts at media co-optation are presenting a severe challenge to the freedom of independent outlets in the country.

President Obrador’s landslide election was on a platform that called for an end to corruption in Mexico. Yet from the start of his administration, AMLO’s relationship with independent and critical media has been fraught, with the president openly asking journalists to align with and even join his political party, MORENA.

Over the course of his administration, the line between independent journalism and co-opted reporters has blurred more and more. Media sources and journalists critical of AMLO and MORENA were accused of being paid off by his political opponents. Meanwhile, AMLO has encouraged his supporters to turn to blogs, videos and social media, instead of traditional news outlets. His millions of supporters consumed this information from alternative media, reflecting the nationwide sensation of distrust in mainstream outlets.

[Read more: Beyond parachute journalism: One photojournalist’s approach to deep-dive storytelling in Mexico]

“The federal executive and other members of the government have reviled the press, classifying it as "chayotera," (“paid off”) and paid by conservatives or neoliberals", said Pedro Cardenas, the coordinator of the Protection and Defense Team for Mexico and Central America at Article 19. ”The president accuses the media of being paid by the opposition or other countries. He categorizes them as direct aggressions, ignoring that critical media existed with previous presidents,” he said.

According to an Article 19 annual report, entitled “Negacion”, the president and other members of his government have continuously railed against the media during daily morning conferences, with at least 71 recorded incidents since AMLO was elected.

The result is that, while AMLO’s approval numbers remain high, trust in Mexican media quickly erodes.

A history of co-optation

The challenges Mexican journalists face today are not new. After decades of one-party rule under the PRI, the first peaceful political power transition in Mexico’s history occurred in 2000, when the National Action Party (PAN)’s Vicente Fox won the presidential election. The election paved the way for Mexico to become an actual multiparty democracy, but did little to change an ingrained history of government co-optation of the media sphere.

Throughout its administration, the Fox presidency used media co-optation to attack rivals and support the PAN’s political campaigns. Journalists that aligned with the government were called “Chayotero”, or, “sold.” Co-optation of mainstream media and journalists continued under Fox’s successor, Felipe Calderón, who won an election marred by allegations of fraud in 2012 against AMLO.

During this period, journalists who did not fall in line with the government were arrested. For example, in 2013 journalist Jesus Lemus Barajas was kidnapped by police and later sentenced to 20 years in prison after investigating collusion between the government and organized crime, and was accused by the Michoacan Prosecutor Office without evidence to be part of a cartel. Meanwhile, during the brief return to power of the PRI under Enrique Peña Nieto, millions were funneled into the media to influence favorable coverage.

Despite the change in leadership, little has changed for journalists who are standing up to power in Mexico. Government attempts to co-opt positive coverage and denigrate critical reporting  have reached brand new levels, with consequences for journalists’ independence and safety.

The growth of alternative media, especially through Facebook pages that proclaim themselves as news sources, has brought with it a number of citizens reporting the news without journalistic rigor, encouraging the spread of misinformation and even direct threats.

In the border city of Tijuana, the administrator of a Facebook page called “Tijuana on War,” used the president’s “chayotero” narrative to attack professional reporters on his platform. During his live streams, page members commented on screenshots of the reporters with statements like “I know this reporter and I know where he lives.”

According to Cardenas, threats like this are a direct result of AMLO’s rhetoric. “This speech generates a domino effect where the Mexican environment becomes permissive to aggression. In other words, it is not that the president directly creates violence, but his speech reiterates that the press, as adversary or enemy, is stigmatized,” he said. The consequences are in a subtler form of co-optation that discourages any critical reporting of AMLO or his government.

In another example, Sonia de Anda, a member of the Yosisoyperiodista collective, which advocates for the defense of journalists in Mexico, was digitally harassed on Facebook after the murder of photojournalist Margarito Martinez in January. Shortly before his murder, Martinez was accused by an alternative media figure during a livestream of being the administrator of a Facebook page exposing cartel members.

“This situation the Mexican government has created opened the doors to groups of organized crime to prepare influencers to get deep into society. What do influencers say about journalism? That we’re sold, that we’re chayoteros because we don’t publish cartel messages and because we don’t show criminals’ faces,” said de Anda. “Margarito is a victim of one of them.”

Adriana Amado, writer of the book “Las Metáforas del Periodismos” (“The Metaphors of Journalism),” said during the World Crisis Forum that the Mexican president’s rhetoric resembles that of former U.S. president Donald Trump, who also used his position to call out journalists he disliked.

“This doesn’t only affect one journalist but is a warning to their colleges,” Amado explained. “It’s a message of retaliation to those that speak about specific topics or persons, which leads to a “self-censorship” that is a more subtle form (of censorship) than physical attacks against journalists.”

For journalists in Mexico, the big challenge remains to overcome the attempted co-optation of independent media whether it be under AMLO or another administration. To survive this onslaught of power will require even more of the vocation, professionalism, passion, bravery, and the honesty journalism demands.

Photo by Jorge Aguilar on Unsplash. 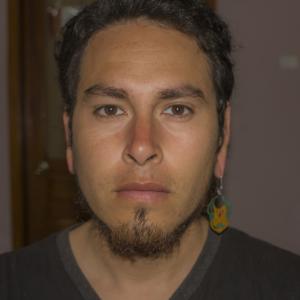 Carlos Ivan Molina Aguilar is a journalist from Tijuana, His work focuses on minority groups' struggles and the daily resistance of Mexican people against macro-structural issues in the country.