This platform spotlights poverty reporting in the U.S.

From photographers who captured images of displaced farm families and migrant workers during the Great Depression – like Dorothea Lange’s photo "Migrant Mother" – to studies such as Michael Harrington's book "The Other America," which analyzed poverty in the U.S. during the 60s, reporting on extreme poverty and class was once a hallmark of U.S. journalism. To underscore it, journalists’ coverage depended on New Deal-era federal agencies funding or massive social movements to provide infrastructure.

In the decades that followed, this crucial infrastructure was lost alongside the ideological shift that blamed citizens for the rise of poverty rather than the broader societal or economic environment. The Economic Hardship Reporting Project (EHRP) is trying to fill this gap by spotlighting reporting on inequality, class and poverty in today’s America, and by giving writers and photographers who have experienced poverty a platform to share their stories.

While advocating for social change, EHRP also tries to edit with class sensitivity and provide economic stability to its contributors, thus changing relations in the journalism field.

Who gets to report on poverty?

Founded in 2012 by journalist and political activist Barbara Ehrenreich, EHRP seeks to amplify the voices of America's poor and to change the conversation around U.S. poverty. The nonprofit supports writers and photographers who have experienced poverty, and brings their stories to mainstream media audiences by co-publishing with major publications – The New Yorker, The Guardian, The New York Times and National Public Radio, to name a few.

The work this organization does is inspired by the famous muckrakers of the Progressive era, who uncovered corruption and corporate wrongdoings while raising awareness about poverty and unsafe working conditions. It is also influenced by oral histories from the 60s and 70s, which chronicled ordinary people’s accounts of major events in U.S. history. While navigating within the tradition of left-wing reporting, EHRP also includes voices historically left out of these forms of journalism.

“Some of the impetus with this project is – who gets to tell the story about economic instability now? What if that could reflect women, people of color and gender non-conforming people, who are able to participate in reporting on this and be adequately funded as well?" said Alissa Quart, executive director of EHRP.

EHRP not only showcases a different side of the U.S.’ image as an affluent society  – highlighting how many citizens cannot afford to take care of their basic needs and rights such as food, shelter and medical aid, for instance – it also serves as a platform for underrepresented communities. The organization’s contributors report on the U.S. through writing, film/TV, photography and audio projects. EHRP's coverage focuses on the experience of living in poverty (and its structural causes) that have long been forgotten by mainstream media. These stories range from suicide amongst precarious farmers to the crushing expense of loving someone in prison.

Quart, who is known for her own poetic and journalistic explorations of inequality, hopes EHRP can change existing hierarchies that portray journalism as an elite profession for an elite audience.

"I am most excited [for] when we change the media ecosystem around us [and for] when people start copying us, [and] hiring working-class writers or writing a lot about inequality. My colleague Ray Suarez, a host of the podcast Going for Broke that I produced, said that the majority of news media is rich people reporting for the middle-class about the poor. That's the sequence we are trying to interrupt,” she said.

“Hopefully, our work is reaching a different audience, not just a middle-class coastal audience, but people who are at least versed in economic instability."

According to the Pew Research Center, newsroom employment dropped by 26% from 2008 to 2020, amounting to a loss of about 30,000 jobs. Some of the journalists affected found themselves struggling to make ends meet: former reporters were unable to pay for dental care bills, rent or mortgage, took jobs in the gig economy or even experienced homelessness. Some of these writers turned to EHRP for support for their stories, written as first-person essays, that embodied not only their fall into poverty but the plight of journalism.

Quart has experienced the instability of freelancing firsthand and it had a profound effect on her. "Independent reporters, 27,000 of them in the U.S., lost their jobs during the pandemic. Day rates and hourly rates have gone down terribly over time anyway. So, my question was how do we keep “the 99%” that are freelance reporters still writing? Part of EHRP is about saving that endangered species – journalists," said Quart.

Working with people who have experienced economic hardships also demands a different approach to journalism. People with painful experiences such as economic instability have the opportunity to write from their angle, in their own words. From an editorial perspective, this means editing with a class sensitivity – for example, writing “people with experience of homelessness” in place of “homeless.” It also means forgoing a "tough love" editorial approach of pointed criticism and blunt truth that doesn't work with people who have trauma, Quart explains.

Working with writers from these backgrounds also involves rethinking how writers are paid, Quart explains. "We pay people upfront, usually, 50% especially if they are lower-income and communicate that to us. Paying 50% or paying on time made a huge difference,” she said. “Part of what we are about as an organization is keeping journalists in the business. If that means that piece comes out later or doesn't come out at all, it is still more important for the majority to get this 50%, and that they can still try to work as reporters.”

Throughout history, reporting has succeeded in changing the prevailing narratives about poverty and sometimes even influenced the introduction of new programs and legislations that saved people’s lives. EHRP’s contributors are doing the same as their predecessors: giving a human voice and human face to larger ills of our society and the policies that govern it.

As a way forward, Quart feels that what's needed today is to make reporting about social programs more vivid and relatable to the general audiences. "Medicaid has had a moment during the pandemic when it was easier to access, same goes for food stamps. We need to make some of these emergency disaster programs permanent. With your reporting, you can make these kinds of programs more real, more lively and less dry.”

Photo by Steve Knutson on Unsplash. 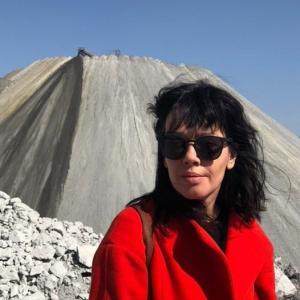 Lela Vujanić is a researcher and editor based in Croatia, specializing in non-profit media.