by Juliana Afonso and Lucas Bois

For news outlets, it's not just about the content they publish — but how they reach their readers. Enter Traços Magazine. Reporting primarily on culture in Brazil, Traços employs people without homes to work as their sales representatives, or what they call "cultural spokespeople."

"Many people want to get to know our stories,” said the outlet’s institutional director, Rogério Barba. “We have the opportunity to be heard as a society, not as people without housing.”

Traços launched in November 2015 in Brazil’s capital of Brasília. Today it is also in circulation in the cities of Rio de Janeiro and Niterói today. Each edition of the magazine is sold for 10 Brazilian real (about US$2). The spokesperson keeps BRL7 for themself, and can buy another issue from Traços with the remaining BRL3 — at the discounted price of BRL3 — to continue selling.

"On their first day working at Traços, the spokesperson no longer needs to ask for money on the street or search for food leftovers. After a few weeks, they can rent a room," explained the outlet’s executive director, Reinaldo Gomes. "Being on the streets is a right for us, but if anyone wants to get out of this situation, Traços will make it happen."

Traços has worked with more than 400 spokespeople to date. All can now afford meals and to care for themselves. Over 200 have received formal or informal employment, and another nearly 200 have secured housing.

Barba is one of these success stories. Growing up in orphanages until the age of 18, a crack addiction led him to lose his job at a radio station, and he later lost his home. He checked into rehab 14 times until he recovered from his addiction in 2014. He would go on to become Traços’s first cultural spokesperson. At the age of 51 today, Barba manages the Barba na Rua Institute, which provides support to people without homes.

"In 2021, I proposed representing the magazine at an institutional level, given I'm a well-spoken person," said Barba. "The magazine gave me wings." 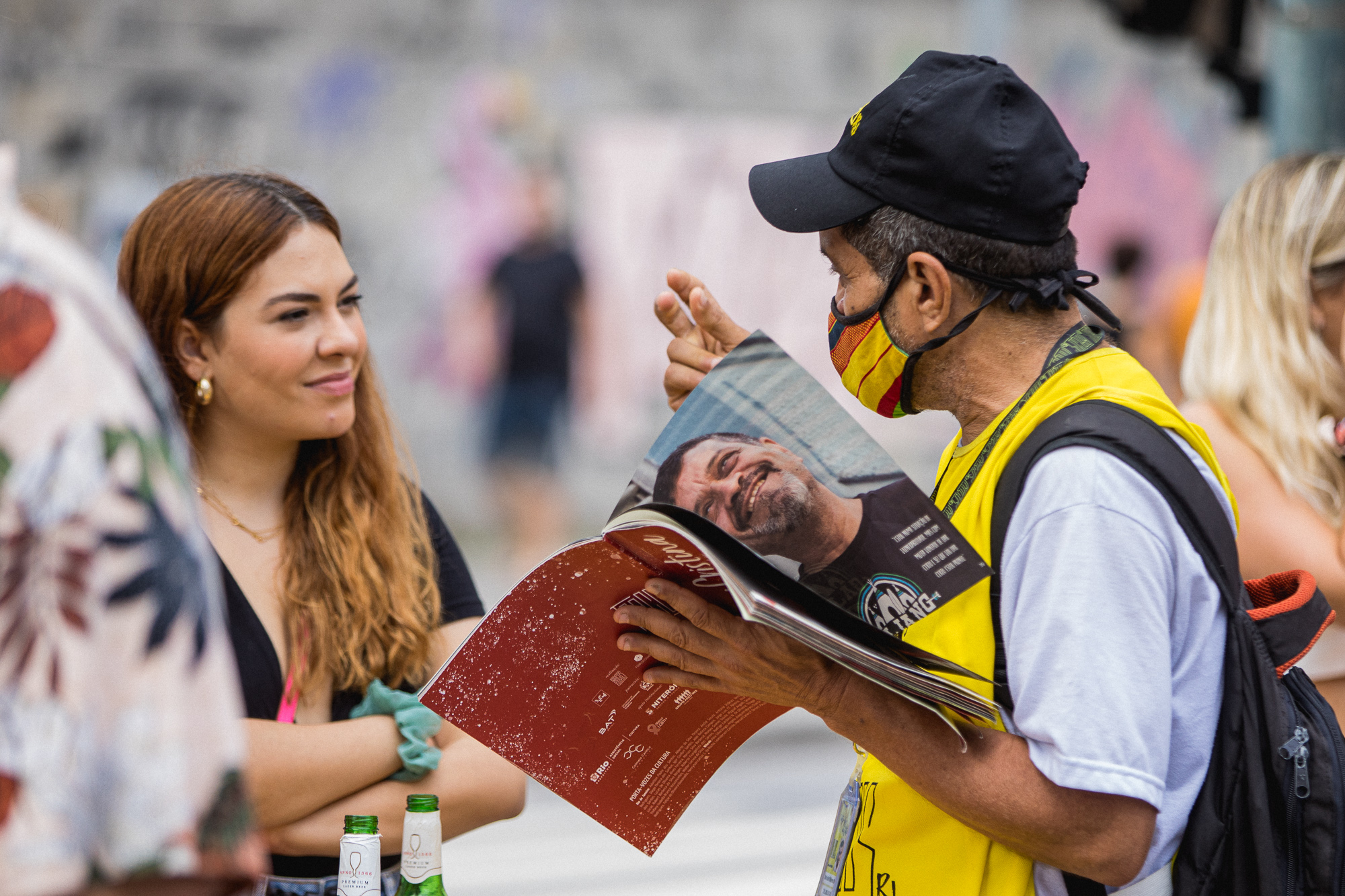 Distribution as a social strategy

Creating a project to support people without housing was a longtime dream held by Gomes and his business partner, journalist André Noblat. When looking into initiatives targeted at homeless communities, the two came across the Argentinian cultural magazine Hecho, which distributes its profits to vulnerable communities. Later, they got to know the International Network of Street Papers. With these organizations in mind, they began strategizing how to run a project of their own.

Key for Gomes and Noblat was figuring out how to not just help people without homes earn money from the sales, but to engage them as active participants in the project: they designed a distribution plan that would allow only their target community to sell the publication.

"We decided to pursue a product that would be able to compete with other things sold on the streets. The magazine had to beat out water, fruit and candy, not only when it comes to the consumer's choice but also price-wise," said Gomes.

A tool for connection and visibility

Traços is funded by companies via Brazil’s Rouanet Law, which offers tax breaks for investing in cultural projects. A team of 26 works for the publication in Brasilia, and another 28 are based in Rio de Janeiro.

The Traços team identified culture as a primary editorial focus, due to its important role in the creative economy, and its ability to attract diverse audiences able to bring in a reliable revenue flow. The magazine’s content can work as a way to educate the spokespeople, another way to create value. "We publish feature stories. This way, the magazine becomes a product with a long shelf life, and a collectible," said Gomes. 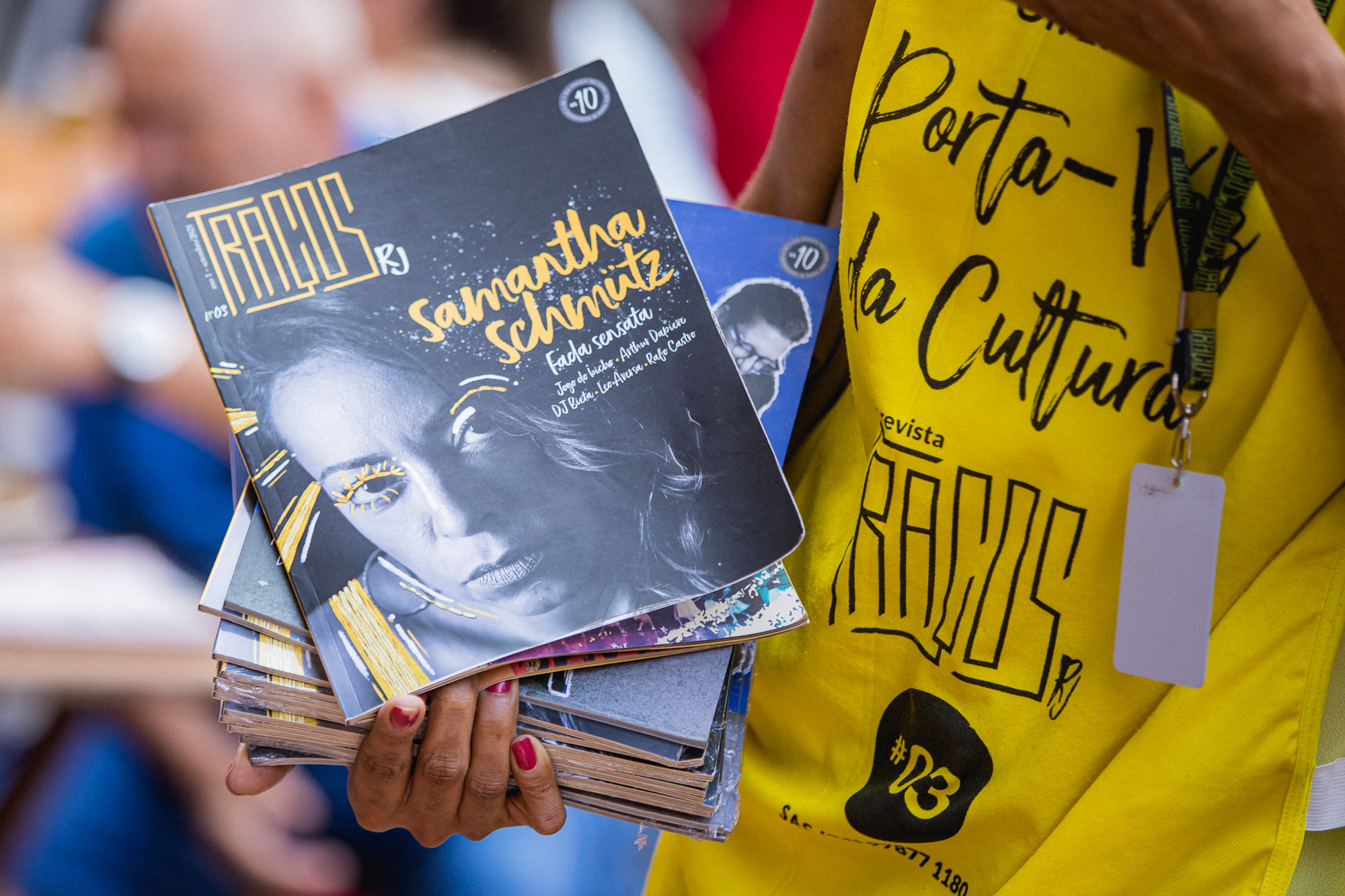 The spokespeople usually don't work in the newsroom, but they can pitch stories. Every issue of the magazine, too, has a section in which a spokesperson’s story is featured. "That was one of the happiest days in my life — when I was photographed and interviewed to be featured on Traços. Later, when I got the magazine and saw my story, it was amazing. I felt honored," recalled spokesperson Thifany Branco.

Branco learned about Traços during her time in a housing program for the LGBTQ+ community in Rio de Janeiro. The magazine had just launched in the city, and it was looking for new spokespeople. "At that time I was feeling desperate. I didn't want to be living in a shelter anymore, but was never able to find something that would provide me an opportunity due to prejudices because I’m a trans woman," she said. Branco began her work as a spokesperson selling the magazine at Rio de Janeiro’s Ipanema Beach, and three months later she was able to leave the shelter and rent a house.

Today, Branco no longer needs to work for people's attention when selling the magazine — readers approach her. "Just yesterday I met a longtime reader who wanted to hear from me. The magazine creates bonds between people. It is a project that gives visibility to those who were made invisible in the job market, be it for their sexual identity or financial status," she said.

Barba also highlighted how people change their behavior when they meet a spokesperson. "The doorman who would block you from using the bathroom facilities is the same doorman who lets you in to sell the magazine. That is something really meaningful that changes someone's life.”

The pandemic presented an additional challenge for Traços and its spokespeople. Putting safety first, the spokespeople at first stayed home, supported by public policies and an emergency fund created by the magazine. Barba also ran a drive to supply them with staple food items monthly.

Since returning to selling magazines on the streets, spokespeople have been supplied with gloves, face masks and hand sanitizer. The magazine also began running digital sales. "We launched a subscription program and now the magazines can be purchased online," said Gomes.

Traços is not at the finish line, yet. Their aim is to help spokespeople become self-reliant within two years. "The spokesperson should be aware that Traços is a project and projects eventually come to an end. This is not a public policy. It is a phase for when one needs momentum; they should know that this is an opportunity to join the job market," explained Barba. In addition to their editorial and distribution efforts, the outlet offers financial literacy trainings, mental health sessions with psychologists, and guidance for accessing social assistance programs.

Branco, for one, has plans for the future. "I want to pursue a degree in journalism. I already have a degree in advertising, so I really like communications. I like this magic that enchants people," she said. "Maybe after I graduate I'll work as a Traços contributor, who knows?" 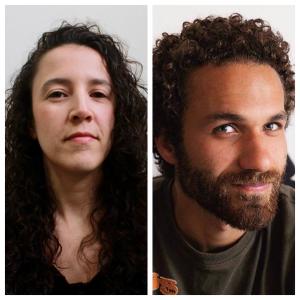