Following a news conference during the World Economic Forum in Davos, Switzerland in 2020, Ugandan climate activist Vanessa Nakate was cropped out of a photo taken with her white fellow activists. The photo was featured in reporting by the Associated Press and various other international media outlets. Outraged by the situation, Nakate became a strong voice advocating for how climate activism and emerging voices in Africa should be represented in the media.

Media coverage about Africa and Africans has received deserved criticism over the years. In his popular satire, “How to write about Africa,” published in 2009, Kenyan writer and activist Binyavanga Wainaina critiqued the racial stereotypes often used by Western journalists and storytellers when writing about the continent. Later, in 2015, some young Africans began using the hashtag #TheAfricaTheMediaNeverShowsYou to crowdsource beautiful images showcasing the diversity and richness of the continent beyond media stereotypes. Also in 2015, a group of Kenyans similarly trended the hashtag #SomeoneTellCNN on social media to express their displeasure over a CNN report describing Kenya as “a hotbed of terror."

In an effort to sustainably address the often negative, stereotype-laden media coverage, Africa No Filter, a nonprofit organization committed to rewriting, defining and amplifying African narratives, launched bird, the continent’s first digital story agency, in 2021. bird aims to report stories that cover the advancement of people and places that spotlight more of Africa’s beauty and promise, pushing coverage away from tired, damaging narratives.

"We live and breathe harmful and stereotypical narratives about Africa every day. One of the first things we looked at when we started was research on narratives about Africa," Moky Makura, the executive director of Africa No Filter, told IJNet. "We went through nearly 60 documents — research papers, reports, books, academic journals from 2000 — that had been written on African narratives. [We] also surveyed 38 African editors and analyzed over 300 articles from 60 African news outlets across 15 countries in 2020. The five key frames through which most stories were told about Africa are poverty, conflict, corruption, disease and poor leadership."

[Read more: How collaboration and diversity can spur innovation in the newsroom]

Upon identifying these prevalent stereotypes — and that one third of stories in African news outlets are sourced from foreign media — Makura determined that African media should be empowered to cover, tell and deliver stories with more positive angles about the continent. To achieve this goal, bird commissions and distributes engaging multimedia reporting produced by journalists and other content creators for free to its 20 content partners, which include leading media outlets and digital publishers across Africa. To date, bird has produced over 350 stories from more than 40 contributors.

According to Tom Kirkwood, bird's managing editor, these stories are loaded onto a purpose-built website from where the stories can be downloaded by their partners. "The content partners are digital news platforms that have signed our memorandum of understanding, agreeing for us to count reads of the stories. We can also count the number of stories read by readers on our partner sites — thanks to a piece of code, the snippet counter, that we provide with each story," said Kirkwood. "That way, we can gauge the efficacy of the funding provided for the bird project."

Targeted at African, mobile-first audiences, bird's stories focus on development, innovation, entrepreneurship, creativity, arts and culture in Africa, among other topics — to showcase the dynamism, progress and resources that abound on the continent.

To further its efforts, bird partners with like-minded organizations to create and support a community of creative storytellers and journalists across Africa. Through these relationships, bird is able to offer opportunities for paid work and training. One example is the African Arguments fellowship, a mentorship and training program that equips young freelance journalists in Africa with skills to produce in-depth, high quality stories about the continent.

[Read more: A new wave of environmental journalism is raising awareness in Africa]

bird’s parent organization Africa No Filter has traditionally supported research, independent media, creative initiatives and advocacy efforts that support nuanced, contemporary and diverse stories about Africa. Since 2019, the Johannesburg-based organization has raised over US$6 million from external funders to scale its pioneering work. In turn, it has awarded over US$1 million annually in micro-grants to support digital storytellers, content creators and research reports through its Kekere Storytellers Fund. Just today, Africa No Filter announced the launch of a new initiative in partnership with The Africa Center called the Global Media Index, which will monitor and measure how leading international outlets report on Africa.

bird’s vision resonates with fellow journalists. "The media has an important role to play by amplifying voices and bringing a deep focus on the rapidly-evolving technological ecosystems, innovative farming techniques, and creating balance in political discourses on the continent," said Todah Opeyemi, a multimedia expert and junior editor at The Republic, a Lagos-based journal publication focused on in-depth coverage of underreported stories about Africa.

Opeyemi also believes we must tell our own stories and shape our own narratives about Africa, particularly with the rise of Africa-focused publications in the media landscape. "Stories have the greatest power to influence our identity as Africans," he said.

Today, bird has moved past its pilot phase, arriving at what Kirkwood termed bird 2.0. The story agency is now building out its team and network of contributors and, through a new partnership with the Thomson Foundation, offering a training module for bird's contributors in an effort to speed up content production.

“We have received funding for 2022 which is great news for bird, its partners, the virtual newsroom team and our contributors. We’re looking forward to adding to our current offering through the year, with the potential to use bird as a platform to deliver a whole swathe of content that fits with Africa No Filter’s commitment to shifting narratives on and in Africa,” said Kirkwood. “We are looking to expand our footprint further through the 54 countries that make up this vast, dynamic continent."

Photo by Nothing Ahead from Pexels. 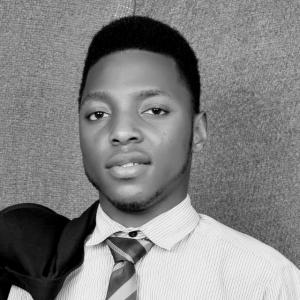 Agbaje Ayomide is a Nigerian freelance writer and storyteller. He is presently a media fellow at Climate Tracker, a 2020 alumnus of Future News Worldwide, and a contributor for Quartz Africa.