A new wave of environmental journalism is raising awareness in Africa

As the climate crisis intensifies, environmental reporting becomes a more critical beat. In Africa, coverage of climate-related issues is as robust as it's ever been, filling a knowledge gap in African communities and raising important awareness around the world.

A 2019 report by Afrobarometer indicated that between 2016 and 2018, just under six out of 10 Africans said they had heard about climate change. Of this group, 52% believed it to be caused solely by human activities, 27% believed natural changes were to blame, and 16% considered both responsible. A little over 1 in 4 (28%) Africans said they had a proper understanding of the causes and effects of climate change.

Africans have historically been less likely to be aware of issues stemming from climate change.  The media has played a large role in this — only recently have they boosted their coverage of the climate crisis on the continent.

According to Media Monitoring Africa, South African journalists produced fewer than 1,000 climate articles annually between 2014 and 2016. In 2014, only 170 articles were recorded.

Since 2018, however, the continent has witnessed a renaissance in environmental journalism. More newsrooms and journalists are reporting comprehensively on environmental issues, while also developing more effective storytelling techniques. By that year, the number of published articles about the environment increased to 4,885, and in 2019 this rose to 8,870.

Journalism plays an important role in the public’s perception of environmental issues. In short, better quality climate coverage can be linked to more awareness among the general public. “Although most leaders are reluctant to implement strong measures, most Africans now accept climate change as a fact,” said Denis Morris Mimbugbe, a South Sudan print and radio climate journalist.

This new wave of reporting is not just increasing awareness among Africans. It is also sparking more global recognition of how the climate crisis is affecting the continent. Although it has contributed relatively little to greenhouse gas emissions worldwide, for instance, Africa experiences some of the most severe consequences. Already, much of the continent has warmed by more than 1 ⁰C, affecting precipitation patterns, and increasing desertification, irregular migration and conflicts over agricultural resources.

Eight of the world’s most climate-vulnerable countries are located in Africa. Each faces over 70% damage to their respective gross domestic product (GDP) if the current trajectory does not change before 2100, and a 40% hit if the world limits warming to 1.5⁰C. The climate crisis has also worsened the water and food crises on the continent, and will continue to do so.

“This increase [in environmental journalism] is showing the world that for Africa there’s more at stake. It means less water, less food, less space,” said Madalitso Kateta, a Malawi-based environmental reporter. “And this is not just any less — it’s the ‘tipping point’ less. The less that separates life and death.” More climate reporting spurs critical conversations, which in turn encourage more reporting on the issues.

It’s important to note the crucial role international media plays in Africa’s new wave of climate coverage. In the Media Monitoring Africa report of South Africa, The Guardian and Deutsche Welle accounted for 45% of all climate reportage analyzed. “Local media houses often shy away due to costs, lack of scientific knowledge, and the pressure to report more on politics and the economy,” said Sebastián Rodríguez, the editor-in-chief of Climate Tracker. “International media organizations help alleviate the pressure on local journalists through funding and provision of technical support.”

Funding from international donors also enables more local media houses to create dedicated environmental desks and fellowships. For example, the Premium Times Centre for Investigative Journalism (PTCIJ) launched an environmental reporting project and fellowship in August. The Cable introduced a climate desk of their own, focusing only on climate change, and daily newspapers also ramped up their coverage.

“There were some good climate stories, but there was no climate desk,” said Vivian Chime, a former fellow of Climate Tracker who became the first reporter on The Cable’s climate desk. “African media houses are now having their specific climate desks.”

Yet, it might be too late. During the recent COP26 conference many African leaders were reluctant to adopt faster and stronger measures to curb waste and emissions. This is due in part to the fact that African countries aren’t major polluters, but also because unlike developed countries, there has been less historical awareness of the issues.

Journalism also often faces more challenges in countries with less resources. Journalists in these areas are more likely to be threatened, harassed or harmed, and this even spills into non-political journalism. Journalists on the continent face significant obstacles when seeking access to information from public institutions, too. “You also realize that it’s much more difficult to fund journalists in African countries,” said Rodríguez.

Despite these challenges, “I feel more heard than [I have] in the past two or three years,” said Banana Hatahata, an environmental radio journalist for Ultimate Radio in Lesotho.

For example, many journalists I spoke with said that more Africans paid attention to the COP26 conference than before. "You can imagine there’s been 25 COPs, and for the first time Africans are asking questions and demanding action from their leaders,” said Chime. “It’s impressive. It’s something to be excited about.”

Photo by Chris Stenger on Unsplash. 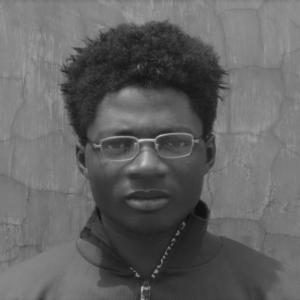 Olatunji Olaigbe is a freelance journalist based in Nigeria. His work has been published by VICE, Al-Jazeera, and HumAngle among others. He is a winner of the climate category of the International Organisation for Migration’s 2021 West and Central Africa Migration Journalism Awards.