How journalists can treat their sources better

Rachel Dissell was still a fresh reporter with the Plain Dealer in Cleveland, Ohio when she interviewed a 17-year-old who had been shot in the face by her ex-boyfriend.

“One of the things that was very important to me was that we didn’t put her in more harm,” Dissell, who now works for Cleveland Documenters and with The Marshall Project, said of the girl, named Johanna Orozco.

Dissell reached out to a program called Children Who Witness Violence for advice on how to handle the interviews. Once her reporting was ready to run, Dissell also did something out of the ordinary: She invited Orozco to see all eight parts of her story laid out on the paper’s front pages before they were published. Orozco was a child, and Dissell didn’t want her to be overwhelmed by the photos. When she told a group of journalists about that decision during an ethics workshop at Kent State, “there were audible gasps in the room,” Dissell said.

She thought, “Do I stand strong in what I think is right… or do I let these folks bowl over me and say that it doesn’t meet a journalistic standard? I think we had to meet that human level of care for someone that trusts us with a story, and it wasn’t even our damn story. It was her story.”

Journalists trade in other people’s stories. When reporting on trauma, the interview process requires sensitivity far beyond what’s required of communicating with public relations representatives or government officials.

As the field evolves to be more inclusive, empathetic and solutions-oriented, I asked four journalists who write about immigration, sexual assault and incarceration to consider the question: When we ask people to share their most intimate experiences, what do we owe them in return?

It’s an age-old rule of journalism: Leave yourself out of it. But that doesn’t always make sense to Melissa Sanchez, whose background has inspired some of her coverage of immigration and low-wage work.

While reporting on Guatemalan teenagers working in Chicago factories for ProPublica, Sanchez wrote that she was picturing her father, who grew up in rural Mexico and began working in a recycling facility at 15. She told the teenagers about her dad, explaining that it helped her understand their lives.

“The best-case scenario for me [is] people will open up and tell me their deepest fears and hopes… but I think you can only get that if there’s intimacy and trust,” she said. “Is that not objective? I feel like that’s irrelevant. It’s about being fair to people on a human level, and part of that is exposing yourself as much as they expose themselves to you.”

Allen Arthur reports on people formerly and currently incarcerated and is also the online engagement manager at Solutions Journalism Network. He thinks a lot about power dynamics in reporting and journalists’ place in the communities they cover. He understands some of his sources’ reticence to opening up to someone who has never been to prison, especially if they’re white.

“The first thing everybody says is, ‘Who the hell are you? We are here hurting, and you are at work. Why are you different from any of the institutions that come and pick at the corpses in our community?’” he said. “Journalists pretend that’s not the case, but it is. We are viewed that way.”

Arthur said pre-interviews present an opportunity for people to investigate his intentions and ask about him. “Frankly, anything in my personal life is up for grabs,” he said.

He stressed the importance of handling sources’ experiences with care. “I think if I could drill one thing into journalists’ brains, it’s how delicate and how precious people feel with their stories,” he said. “They want to know how we’re going to hold them, and how we’re going to use them.”

Explain the story and its potential impact

Sanchez still holds onto guilt about someone she interviewed as a young reporter in Washington state.

The government had audited an agricultural company and found that it employed many undocumented immigrants. In her reporting, Sanchez quoted one of the workers who had been let go, alongside a photo of him. “I warned him about all the potential consequences tied to immigration and deportation, but what I hadn’t foreseen was that talking to me about that would hinder his ability to get work at this place in the future,” she said. He called her afterwards, distraught.

It was a learning experience. Now, Sanchez tells people that talking to her could have ramifications beyond what she can predict. She also informs them that ProPublica’s fact-checking process is rigorous and will include a background check.

Sometimes, people are surprised by how their information is used in a story. An hour-long conversation can be boiled down to one or two quotes in a finished piece. Maurice Chammah, a staff writer at The Marshall Project, said that when he can, he often clues his sources in on where they will appear in his reporting, and how their experience might fit into a larger narrative.

[Read more: Conducting interviews over Zoom? Here are some tips.]

In long-form reporting, the process — from interview to publishing — can take a while.

This was especially true for Chammah, when he wrote his book, “Let the Lord Sort Them: The Rise and Fall of the Death Penalty.” To keep his sources in the loop during the two-plus year publishing process, he made a spreadsheet cataloguing all of his interviews. Ultimately, he checked back in with each person and let them know how he’d used their conversation.

For a recent story about Afghan children in a Chicago immigrant shelter, Sanchez also returned to every source to verify their comments and confirm their consent. Nobody rescinded a fact during this process, she said. Many felt more assured, and provided further confirmation when they realized how many others had shared similar findings.

Chammah described himself as a  “mediator between the source and the public.” When reporting is a balancing act between what an editor requires, what readers want to see and what a source wants to share, all four journalists agree that basic empathy is essential to the job.

“At the end of the day,” Sanchez said, “I think my allegiances have to be with the sources I’m writing about.”

Make a timeline of events.

The number one thing journalists owe their sources is a story that’s accurate. When someone is telling you a story that involves trauma, it’s natural for memories to get scrambled. Dissell suggests sitting down with your source and plotting out a timeline collaboratively.

If you’re covering a topic you don’t have experience with — disabilities, sexual trauma or immigration, for example — Sanchez suggests asking a journalist who does to read over your story.

Sometimes we’re not asking the right questions, and sources know it. “Let them know they can push back,” said Arthur.

Be human, but establish clear boundaries when necessary.

Opening up to another person can create emotional intimacy, even in the context of an interview. Let people who will be sharing heavy experiences with you know up front that you have limitations and can’t be their sole support system.

Photo by Amy Hirschi on Unsplash. 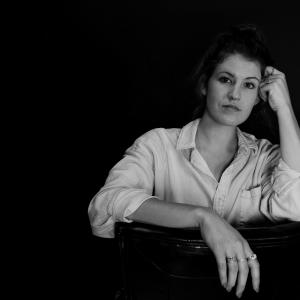