In Algeria, a multifaceted crisis is threatening the very existence of the independent press. Several outlets have already shut down due to the country’s current economic stagnation, while others are facing serious financial difficulties, to the point where they can no longer pay their own employees.

For the daily French-language newspaper El Watan, for example, a strike that began in July to claim wages owed since March ended in August, but the survival of their newspaper is still uncertain.

Across Algeria, independent media are still searching for the right business model to maintain independence and sustainability, a goal that remains elusive.

[Read more: In Algeria, Francophone media is under stress]

For decades, many in Algerian media have relied on institutional advertising provided by the National Agency for Publishing and Advertising, the government body used by the state to oversee editorial content. This let the media benefit from a myriad of public advertisers, as long as they maintained an editorial line that didn’t cross the government in power.

As more and more news outlets have deviated from the government line, these outlets have seen their resources suddenly dry up. On top of this, the economic crisis that has hit the country in recent years has meant that private advertisers — such as car dealerships, which used to be a major source of advertising revenue — have now virtually disappeared.

These challenges are forcing the managers of legacy media outlets to look for alternatives, and newly established publishers to adopt new business models — but not without great difficulty.

Here are some options Algerian outlets are pursuing:

The late arrival of electronic payment in Algeria has prevented the press from benefiting from monetizing their online content, a practice carried out in many other countries. Electronic payment remains largely insufficient in Algeria to this day. In addition, some media outlets complain about inter-operational challenges of using online payment systems between banks and the post office, as well as the absence of services offering payment from abroad.

Twala.info, is one of the outlets leading the charge in monetizing online content — it is one of the few newspapers offering content paid for entirely through subscription.

Audience monetization via AdSense allows publishers to generate revenue from online visits. This is the model that Algerian digital newspapers such as ObservAlgérie, Algérie 360 and Dzair Daily are using today.

When asked whether this model is viable in Algeria, an ObservAlgérie source who requested anonymity, said that it depends on the number of visits to the website, as well as the location of its users. It is not possible to know exactly how much Algerian media earn from Google AdSense, because AdSense has established a scale that varies by country, time period, and the expectations of advertisers. Algerian online newspapers that have the majority of their readers from Europe, the Americas or the Gulf countries earn significantly more than those whose main users are based in Algeria.

ObservAlgérie targets internet users based in Canada or France, countries home to an important Algerian diaspora, according to the source: "There are topics that generate more RPM (revenue per thousand impressions) than others. Articles covering political issues have a very low RPM compared to those about international flights, for example."

[Read more: What it takes to sustain independent media globally]

In many countries, new forms of collaborative funding are emerging as a way to innovate in the media industry and ensure the long-term sustainability of newsrooms. Often, the collaborative dimension includes a financial component.

In Algeria, however, in a particularly tense political context, this can be branded as "foreign funding" by the government and expose publishers to legal action. This reduces the spectrum of possibilities for local media considerably.

It should be noted that not all publishers in Algeria opt for a single business model. Some adopt two or even three at once depending on the means and opportunities available to them. This is the case for outlets like TSA, which continues to benefit from private advertising while using Google AdSense to diversify revenue streams.

It is clear that the Algerian media can not be separated from the political context and the ecosystem as a whole. Today, the media remains in search of an economic model that can ensure a smooth transition amid global uncertainty and significant economic turmoil.

This article was originally published on IJNet French and translated by Sedera Ranaivoarinosy. 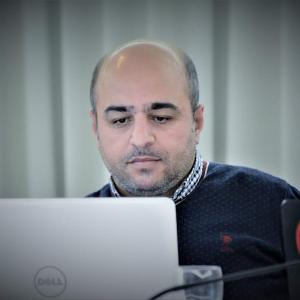