10 tips for reporting on LGBTQI+ communities

Globally, gender and sexual minorities (LGBTQI+) face alarming levels of discrimination, prejudice and violence. To make matters worse, news about their lives is often riddled with dangerous myths or deemed too taboo for  outlets to even cover.

As journalists, we have the power and responsibility to replace dehumanizing stereotypes with nuanced portrayals of gender and sexual diversity. Doing so requires us to put biases aside and embrace our profession’s core principles of fairness, accuracy and sensitivity.

These tips highlight 10 ways to improve coverage of LGBTQI+ communities.

1. Learn from the community

Before reporting on sexual and gender diversity, educate yourself about the unique issues LGBTQI+ people face in the context of your community. The best way to do this is to introduce yourself to local community representatives. While some representatives may be hesitant to meet you due to safety concerns or poor media reporting they’ve seen in the past, it’s still important to extend that invitation.

As a useful resource, chapter 13 of Taboom Media’s reporting guide (in English and French) lists contact details for LGBTQI+ advocacy organizations across Africa and internationally that can help you start this conversation and build new relationships.

[Read more: How to handle gender identity in reporting]

Our reporting can educate, inform or entertain. Some outlets exploit sexual and gender minorities to entertain audiences or pander to their fears to boost readership. These approaches are dangerous and unethical. Instead, we should strive to produce sensitive coverage that educates and informs. This requires us to use accurate, accessible language and to clearly explain any terms that might be unfamiliar. Chapter 4 of Taboom’s reporting guide goes over key terms you should know and avoid. It’s also important to familiarize yourself with local terms and to find out whether LGBTQI+ people in your community consider them affirming or derogatory.

Part of our educational role as journalists is to challenge myths, stereotypes and misconceptions. If your source repeats a myth you know is false, you can exclude it from your reporting altogether or include it alongside accurate information that clearly reveals the source’s ignorance or bias. In any case, avoid including dangerous hate speech in your stories.

Some of the worst spreaders of myths and hate speech are experts like doctors, lawyers, faith leaders, psychologists and academics who either don’t know what they’re talking about when it comes to LGBTQI+ issues or who deliberately feed misinformation to serve their own personal beliefs. Audiences often trust these sources based solely on their profession or position in society, so it’s important to fact-check them.

4. Include moderate and diverse sources

There are never just two sides to a story. Rather than trying to paint LGBTQI+ issues as black and white, explore the gray. Speak to moderate and diverse sources who can add nuance to the complex and often emotionally charged issues you’re covering, and who can illuminate broader realities and experiences. If you only quote sources who hold polar opposite views on something, you’re missing the vast majority of people whose beliefs probably lie somewhere between the extremes.

5. Allow sources to speak for themselves

A common rallying call among LGBTQI+ rights activists and other marginalized groups goes: “Nothing about us without us.”

When covering sexual and gender diversity, safely include the perspectives of gender and sexual minorities. LGBTQI+ people know far more about the issues that affect their daily lives than any outside expert or report could ever capture. Quoting people directly also adds that human element that will make your stories resonate with audiences.

Rather than labeling sources queer, gay or transgender, allow them to self-identify and use their preferred terminology whenever you can. If a word like “queer” isn’t familiar to your audience, define it for them and add some context to help them understand what it means.

Also consider your sources’ pronouns. If a transgender woman uses “she/her” pronouns or a gender-non-conforming source uses “they/them,” follow their wishes. It’s a matter of basic dignity and respect. You can broach the subject of gender pronouns by stating your own when you start the interview. If your source doesn’t immediately tell you theirs, you can ask during your pre-interview questions.

7. Protect your sources and yourself

The best way to protect everyone is to slow down. When we rush to publish stories about sensitive topics or vulnerable communities, we’re more likely to make dangerous mistakes. Start improving your safety habits before reaching out to sources by using encrypted chat channels, virtual private networks (VPNs) and taking other security measures.

Once you start the interview process, be sure to get vulnerable sources’ “informed” consent. This means explaining when and where your story will be published, outlining any realistic dangers that may arise and giving them adequate time to privately reflect before agreeing to let you publish details that could identify them. Your goal isn’t to scare sources away but rather to protect them and report ethically. Sometimes the safest thing to do is to anonymize at-risk sources using pseudonyms or to remove minor details that might identify interviewees.

[Read more: Tips for ethical trans representation in your reporting]

8. Illustrate your story with relevant images

The images you choose should be relevant to your story and avoid portraying people in stereotypical or dehumanizing ways. For example, if you’re writing a story about Ghana’s transgender community, don’t illustrate the story with a photo of  white women getting married in Canada. Not only would that photo be irrelevant, it might reinforce the myth that sexual and gender diversity is somehow a Western phenomenon.

It’s also important not to oversexualize LGBTQI+ people. If your story is about healthcare discrimination, don’t use photos of shirtless men in bed. Generic rainbow flags and gender symbols might signal to your audience that the story is about LGBTQI+ issues, but these images are also overused. Ask yourself, “What is my story actually about?” If it’s healthcare, use medical imagery. If it’s about a discrimination case, use court and judicial imagery.

Too often news coverage about LGBTQI+ people focuses on pain, suffering and abuse. These may be sad and unavoidable realities, but queer people are  more than their trauma. They experience joy, love and moments of triumph just like anyone else. Move beyond victim framing and try to emphasize your sources’ agency and power. For good examples of such narratives, consider the anthology series “Hopes and Dreams That Sound Like Yours,” which documents stories of queer activism in Africa.

10. Be honest with yourself

We all have our own beliefs and biases. If you find that you still can’t cover LGBTQI+ issues with honesty, fairness, accuracy and sensitivity, find a colleague who can. Gender and sexual minorities exist in all of our communities, and their stories need to be told.

Photo by Shingi Rice on Unsplash. 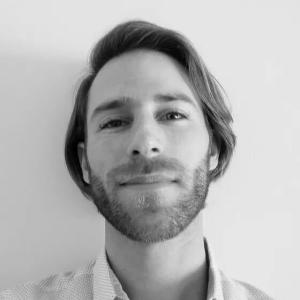 Brian Pellot is a journalist and media trainer in Cape Town, South Africa, where they serve as Taboom Media’s founding director.