COVID-19 has made life difficult for freelance journalists around the world.

As a result of the pandemic’s effects on the global economy, many news organizations have either suspended or limited the freelance work they commission.

Valentine Iwenwanne, a Nigerian freelance journalist based in Lagos, had just returned from a long reporting trip in southern Nigeria when the government announced a lockdown on March 30 to curtail the spread of COVID-19. He started to send pitches he could put together from the comfort of his home, but had little luck. “All the pitches I trusted were going to be approved were rejected,” said Iwenwanne. “I would get commendations for the pitches, [but] in the end it would be a pass.”

While freelancers are often used to rejection, unsuccessful pitches have become even more the norm during the pandemic. Publications shifted their focus to covering COVID-19, and also began to produce more stories in-house.

As Iwenwanne struggled to get his reporting commissioned, he exhausted his savings during the second month of the lockdown. He borrowed to feed himself and three of his younger siblings who depended on him for survival. He soon exhausted the money.

“When I didn’t have what to eat, I could not think well,” he said. “I got traumatized and sad.”

For Linus Unah, another Nigeria-based freelancer, one major challenge was the inability to travel for his stories due to restrictions on movement in the country. “Even when you spot interesting stories you know will sell, there’s just no way you can get to the locations to tell the story,” he told IJNet.

Some freelance journalists do not have extra sources of income. They depend on commissions from editors to sustain themselves and their families. “There were bills to be paid, groceries to be bought and a family to feed. I had little savings and I managed to survive,” said Patrick Egwu, a freelance journalist based in South Africa, about his own experience. At one point, he ran out of food supplies.

Egwu started to search for grants and funding from various media organizations that could assist journalists during the pandemic. He came across the COVID-19 Hardship Fund from Rory Peck Trust, a UK-based charity media organization that has provided support to freelance journalists around the world for the past 25 years.

“When I got the call for the application, I applied the first time but I was not selected,” said Egwu, who is currently studying at the University of Witwatersrand in Johannesburg. “After some weeks, I applied again and was supported financially. The fund came at the right time when I needed it.”

Iwenwanne and Unah also applied to the Hardship Fund.

“When the funds came, it helped to boost my standard of living and to pay up my debts,” said Iwenwanne. “I stocked up the kitchen and life was back to normal. That gave me the urge to push more pitches out.”

[Read more: How do journalists find their story ideas?]

Before the launch of the fund, the Rory Peck Trust launched a survey to identify freelance journalists’ primary needs during the health crisis.

“The results helped us to understand that the needs of the journalists were mainly related to basic subsistence, health, and equipment,” said Johanna Pisco, the organization’s journalist assistance manager.

“The fund will remain open for as long as the budget allows it, though we continue to work to find more funding to help face the crisis,” said Pisco.

For Unah, the COVID-19 pandemic has made clear the importance of saving for emergencies.

“Emergency savings sounded abstract to me in the past,” said Unah. “But now, I see why it’s necessary to always plan for emergencies because you never know when any crisis will hit hard.”

Rory Peck Trust is still accepting applications for the COVID-19 Hardship Fund. Freelance journalists affected by the pandemic are invited to apply for funding to support immediate needs. 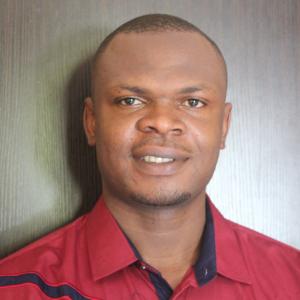 Kelechukwu Iruoma is a freelance journalist based in Lagos, Nigeria.