Agitation to break away from a nation is not uncommon — it happens across the world. In Nigeria and elsewhere in West Africa, escalating conflicts resulting from separatist groups who desire independence for their regions or ethnic groups have resulted in violence.

In Nigeria, separatists are known to bully, intimidate, harass and make death threats both online and through armed militias associated with the movements. In 2021, the separatist Ambazonia Defence Forces in Cameroon confirmed an alliance with the nationalist separatist group Indigenous People of Biafra (IPOB) in its waging of a sometimes violent campaign for autonomy in southeastern Nigeria.

Dissidents, those who are nonaligned, and fact-seeking journalists have regularly been the targets of these threats, endangering their ability to accurately report on events.

Instances of journalists being threatened

It’s not uncommon for journalists in Nigeria to receive death threats from separatist groups. Mayowa Tijani, a fact-checker and journalist with a focus on development, explained how he was once delivered threatening messages via backers of separatism. Furious with one of his fact checks, IPOB leader Nnamdi Kanu, recirculated the article, reading it aloud to his followers online while threatening Tijani.

"There were about 2,000 people watching at the time. Of course, hundreds of thousands would later watch the video. He said a lot of foul language, a lot of threats, basically trying to intimidate me,” said Tijani.

The threats were enough to force Tijani to temporarily flee his home. “I had to leave Lagos State, I had to go to another city for a while. I stayed off social media for a bit,” he said. Threats persist today: “When I tweet some things, [IPOB supporters] come under it to abuse me, or try to intimidate me. But I’m still here.”

During a court sentencing last year regarding extradition for separatist leader Sunday Igboho, Yoruba Nation separatists, who seek an independent state in southwest Nigeria, lunged at Tijani and threatened to kill him after recognizing him as a reporter for the Cable Newspaper. “Some of them beat me, tried to harass me, hit me on my head and one woman tried to slap me,” said Tijani.

Fredrick Nwabufo, a popular columnist and journalist, also regularly receives death threats from IPOB members. He received his first threat from the group in June 2019, when he wrote an article recommending cooperation on security and community dialogue between the government of the southeast geopolitical administration zone of Nigeria and Miyetti Allah, an advocacy group that lobbies on behalf of herdsmen in northern Nigeria.

In 2020, Nwabufo filed a petition to the Department of State Services when the threats increased following an interview he did with AFP Fact Check. He had stated that IPOB supporters see President Muhammadu Buhari as an obstacle to the “realization of their separatist goals,” and employ the “body double narrative,” which falsely claims that there is a body double posing as the president who is actually deceased, in an effort to delegitimize the Buhari administration.

This did not sit well with the group, and Kanu issued threats in one of his broadcasts.

“This is one threat too many,” said Nwabufo, stating that his friends and family began to fear for their own safety when the IPOB circulated his photo on social media. “Members of IPOB have issued similar threats before, but this is more targeted.”

For now, threats made by separatist groups are intended to intimidate and rarely result in direct attacks. “The threats are potent, but the antagonist may lack the capacity, chance or opportunity to carry out the threat,” said Nwabufo.

Tajudeen Balogun, deputy editor of Nigeria’s The Eagle Online, described the threats as a “serious aspect” of separatist activities. He urged journalists to communicate with security agencies about their safety.

“I advise journalists to seek full protection from the security agencies. [They] should make formal complaints of the threats, for proper documentation, investigation and necessary surveillance on the agitators,” he said.

According to Segun Akinleye who formerly reported on separatist activities for The Nation, the sense of fear that comes from threats can severely affect the work of journalists. “While there is no fear of being hit by a stray bullet, the fear is trying to be safe from cyberbullying and threats,” he said. “To stay safe, I block [harassers] on social media and in most cases, I block and report. This is not for me alone: it is also to protect the next journalist who will be reporting stories about them.”

#TalkYourTruth, a campaign launched last year by Amnesty International Nigeria, champions the right to freedom of expression in the face of threats from both separatist and Nigerian authorities.

“The #TalkYourTruth campaign is aimed at protecting the right to freedom of expression and documenting cases of intimidation, arrest or threats to those who express opinions the government, people or group of people may find offensive,” said Osai Ojigho, Nigeria Director for Amnesty International. “Those who express opinions others find offensive must be protected from the threats of state and non-state actors.”

Reporters Without Borders’ West Africa Bureau, Article 19 in West Africa and the Committee to Protect Journalists are additional organizations that support reporters under threat in the region.

Photo by Emmanuel Ikwuegbu on Unsplash. 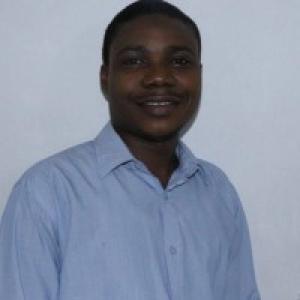 Ridwan Yusuf is a journalist based in Lagos, Nigeria.