Students in Nigeria are taught that Funmilayo Ransome-Kuti was the first woman to drive a car. Her political activism, however, is rarely mentioned in the classroom. Nwanyeruwa led thousands of Aba women to protest in 1929, when taxes were imposed on them despite their still-meager wages. But her efforts, too, are regularly overlooked.

While highlighting contributions to the country’s independence made by male politicians like Obafemi Awolowo and Nnamdi Azikiwe, historians minimize the efforts of women to a cursory mention in current affairs books.

Gender discrimination is woven into the fabric of Nigeria's history. The country was ranked 128 out of 153 countries in closing the gender gap in 2020, in a report carried out by the World Economic Forum.  Women make contributions at home and in the workplace, despite every sector being male-dominated. They strive for change, but must accept the possibility that their efforts will go unacknowledged. Their erasure is effectively a form of discrimination.

"It is only when the impacts of women are recognized that Nigeria will be seen as a nation that is progressive and a country that takes into account the rights, impacts and futures of women," said Sarah Egbo, the policy lead at the Gender Mobile Initiative.

Growing up in Africa's most populous nation, investigative journalist Kiki Mordi, witnessed how much women's contributions to society were being overlooked. Considering how grave the erasure of women's impact is today, Mordi wondered how bad it was in the past, especially pre-internet. With this in mind, Mordi was inspired to create Document Women, a media initiative that equips readers with the knowledge needed to advocate for gender equality.

"I am a storyteller and I wanted to start up my own media [outlet]. I know this is a story I'm always inclined to tell — stories of women, and my passion to battle [their] erasure," she said.

The online publication combats the erasure of women's contributions to society in both the past and the present. It amplifies women’s voices, reports on the challenges they face, and acknowledges the impacts they have had on society. The outlet also advocates for female victims of abuse and connects them to resources. It has, in addition, helped women secure job opportunities.

Document Women strives to highlight stories that are not being covered by mainstream media outlets. The section on its site titled 'Arewa Voices', for instance, features the stories of women in northern Nigeria. Articles here have covered the realities of female genital mutilation, and have offered a look at what Christmas is like for Arewa Christian Women.

The category 'Working Womxn', spotlights the accomplishments of working class women in the country, and its coverage goes beyond the shores of Nigeria in its 'Iconic Women’ category, which includes articles that recognize the accomplishments of women in different fields. The site's DW Pride section promotes gender diversity by telling the stories of LGBTQ+ people. These stories are hard to come by in a conservative society like Nigeria, and they regularly receive backlash.

Mordi and her team had to overcome obstacles like corruption and poor electricity supply when launching Document Women. For the newsroom’s journalists, the lack of representative data on Nigerians, specifically women, also poses a challenge.

"We want figures to back up our investigations and assertions. We found out that the figures, as scarce as they are, are not representative [of Nigerian women]," said Mordi.

Mordi hopes to develop Document Women into a mainstream, profitable publication able to compete in Nigeria’s media ecosystem. They are sometimes pushed to the side, however, because media output in the country is largely centered around men.

"It is possible to document women and make money. What is it about women that people will not want to read?"

The future is female

Mordi and her team have ambitious plans to expand Document Women’s mission. They hope to mold it into an incubator for other startups that highlight and support women in tech, politics and more. It also hopes to increase the amount of statistics and information available on African women.

"We believe data is an important aspect of storytelling and a big driver of change. We want to build the largest digital library dedicated to women,” said Mordi. "Every product we put out there is to provide a balance in the ecosystem and help fight the structural erasure women face."

Photo by Brandy Kennedy on Unsplash. 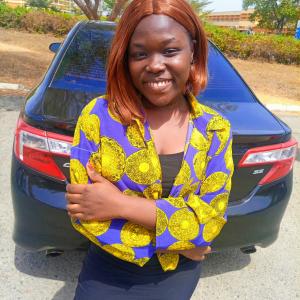 Olayide is an early career journalist who is passionate about making change through her reporting.