Engaging women in the news is vital for media outlets

Millions of young women around the world have shared stories about how they don’t see themselves reflected in the news, feeling like they don’t exist. The 2021 Reuters Institute Digital News report, released last month, has revealed the shocking challenge that news organizations face with young female audiences.

On a global scale, they are significantly less likely to think that they are covered fairly in the news than other age groups, or than young men. In the 18-24 age group, the picture is particularly stark in the U.S., where an immense gap of 47 percentage points exists between men’s and women’s perceptions of being fairly represented. With a negative net fairness score, young women believe that they are represented more unfairly than fairly, while young men’s perception is the opposite, registering a positive net fairness score.

It’s clear that while news organizations increasingly struggle to create sustainable business revenue models through advertising, subscriptions and membership, there is a large audience of women — a valuable potential market and a sizable advertising target group — who are not engaging with their content enough because it is not relevant to them.

Young women’s relationship with the news, whether as consumers or newsmakers, is particularly fragile today. This, at least in part, is a result of their perspective that news coverage lacks relevance and fairness to them.

Analysis of the 2020 Reuters Institute Digital News Report revealed 18–24-year-old women’s extraordinarily high level of disengagement with the news relative to men and women in other age groups, across the 40 countries it covers. Compared with all adults, this demographic was more than twice as likely to be casual or passive news consumers (32% vs. 15%). This trend was particularly acute in some of the major economies of the global north with 50% of young women in the U.S. and 47% of young women in the U.K. and Australia fitting this category, compared for example to 21% in South Africa, 18% in Brazil and 15% in Kenya.

Globally, young women are least likely to be extremely or very interested in the news (41% vs. 59% of all adults) or in politics (23% vs. 36% of all adults). This relative disengagement of such a sizable audience bodes ill for democracy in the long term.

It’s not only about audiences. Young women newsmakers also face significant challenges. Despite more women than men graduating from journalism courses, globally 61% of journalists and news managers are men. According to Shattering the Glass Screen, in the U.S. the attrition rates from roles at most levels of news organizations are higher for women than for men. At the vice president level, this reaches 20% for women vs. 7% for men.

There are many factors that contribute to young women and their unique perspectives being driven out of news. Among them are male-dominated and male-biased cultures in news organizations; male-favoring working policies; lower pay; and the increasing abuse of women journalists via social media platforms on a large scale.

The profound disparity in whose voices are privileged in news reporting struck a powerful chord with 27-year-old Australian human rights lawyer and policy adviser Phoebe Saintilan-Stocks.

“As an avid consumer of news myself, I was really frustrated not to see the problems that women of my generation face reflected in the news. At the beginning of this year I read The Missing Perspectives of Women in News report which validated what I instinctively already knew: that young women’s voices are effectively missing from the news coverage,” she said. “I was also shocked to read that less than 1% of news coverage contains a gender equality angle within it. Working for the Australian Government at a time when courageous female journalists were being dismissed by people in power for investigating sexual assault allegations in government added to my frustration, so I decided to act.”

Determined to help remedy this gender imbalance, Saintilan-Stocks launched the Missing Perspectives website in May 2021 as a repository of women’s experiences from across the globe that would serve to amplify the voices of the women of her generation. While typically under a third of protagonists in news coverage globally are women, Missing Perspectives features 100% women protagonists, many from grassroots organizations.

“The Missing Perspectives report got me pondering over what I could do to boost women’s representation in the news. I consulted a close friend — a young political correspondent — and her experiences echoed the reports’ findings: the news industry was not only largely male-dominated but was also at times essentially a hostile environment to women,” said Saintilan-Stocks. “The idea of a news platform called ‘Missing Perspectives,’ that filled this yawning gap in reporting young women’s experiences, began to take shape in my head. I aspired to create a global platform where any young woman could be a journalist — simply by picking up a pen and observing what was happening around her. I wanted to democratize journalism; to break down the barriers that prevent so many women’s voices from being heard in the news.”

Among the contributors are Abby Granato from the U.S., writing about her disability and embracing Disability Pride Month; Belyndar Rikimani, a student raising awareness about the impacts of climate change on Pacific women; Bushra Al-Fusail, a Yemeni artist and activist who has challenged stereotypes by encouraging women to cycle; and Freshta Karim, founder of a mobile library in Afghanistan that enables children in rural communities to access books. All have leveraged the website to speak out about their experiences.

The appetite to do so among other contributors has spread quickly through word of mouth. Most of the issues raised relate directly to gender: the fight against female genital mutilation in Somaliland, femicide in Bolivia, violence against women in Poland, and problematic stereotypes in Cambodia, India and Australia. Written by young women on the ground, the voices are fresh and revealing — and include sobering evidence of the impact of COVID-19 on young people globally.

The speed with which the Missing Perspectives initiative has spread demonstrates the need for such a platform. The contributors themselves are in no doubt of its significance. For many, it is an agent of social change, a powerful tool for advocating for gender equality. In the moving words of Rikimani, it provides “a space where voices and cries are not in vain but are heard by the people.”

Missing Perspectives plans to make its content available in the future for established news outlets to republish. This can add value to these newsrooms’ content strategies, improve the gender balance of their reporting and broaden their audience appeal, while simultaneously amplifying the voices of grassroots women journalists.

News leaders who notice young women and cater to their needs will not only reap the business benefits that a new audience brings, but will also be responding to a great and growing societal need.

Luba Kassova is a co-founder and director of the international audience strategy consultancy AKAS.

Photo by Ono Kosuki from Pexels. 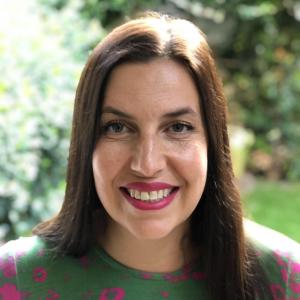