Futurist Robert Scoble on what's next for journalism

I sat down with futurist Robert Scoble at the Augmented World Expo in May to talk about what’s next for journalism. Scoble, former tech evangelist for Microsoft and currently startup liaison for Rackspace, is renowned for the “Scoble effect” — which in geek celebrity terms may be the tech equivalent of the Oprah effect. He’s also known for being blunt (his pronouncement “Glass is doomed” reverberated through tech media early this year). He pulled no punches assessing the state of journalism and offered some words of wisdom for journalism’s next steps. 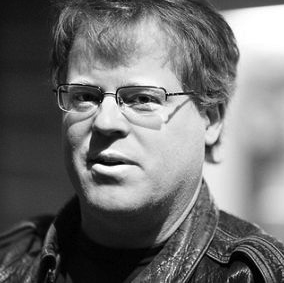 Wearables were the centerpiece of the AWE event, with a host of new contenders entering the market, from Epson’s Moverio (I bought one) to cult favorite Oculus Rift (I want one). Scoble makes it a habit to play with all kinds of augmented reality and virtual reality devices, and we talked about why journalists should too — less for producing content (You’re better off using a GoPro, he says); but for the epic social upheaval underway.

Coester: Glass doesn’t do much yet, but you still think journalists should be experimenting with it. Help me make the case to fellow journalists.

Scoble: It’s going to be a big deal for journalists. I can do media while we’re walking around. I can just interact with you naturally and make media. That is going to be an interesting place to explore.

But Glass changes the social contract we have with each other. Even though I have Glass, I still have that uneasiness around it because there’s something interjected in between us and we haven’t had that culture. We haven’t had this slice of glass between us.

And that changes the social contract, but if you’re a journalist … maybe that’s a cool thing.

Contextualized data is the new story in augmented reality, and Scoble outlines its trajectory, from gimmick to value, from mobile to wearable, from GPS to “3D’fying the world.” We are “living in the age of context” he says, but still need to build the right contextual operating system and a new user interface for the physical world.

The leap from gimmick to value with new-fangled content experiences begs the participation of journalists who can add meaningful content — and relevant context — in these early experiments. At stake is no less than what Scoble describes as the building of technology’s soul.

As for what journalists find at stake — such as threats to privacy in a perpetually documented world — he is more cavalier about the tension between being catered to and being surveilled but notes journalism may still have a super power.

I get the feeling when it comes to data and privacy, you’re an all-in guy.

Scoble: The time to lament loss of privacy is over. We have to figure out how to gain trust over the freaky line. People have finally woken up to the fact that our government is surveilling them with [NSA leaker Edward] Snowden.

Although Snowden went to journalists to distribute the leaks.

Scoble: Well he could have posted that to Twitter, and we would have gotten just as many hits.

I was surprised at that too. It wasn’t really necessary, at least in regard to distribution. Maybe Snowden found value in the aura of credibility?

Scoble: Absolutely, maybe that’s the last piece of power that journalism has.

Journalists are already working in big data and experimenting with it in new ways. Although Google owns it all, and journalists don’t.

Scoble: That’s an interesting insight. Shame on the journalists for not understanding what Google is doing to them. 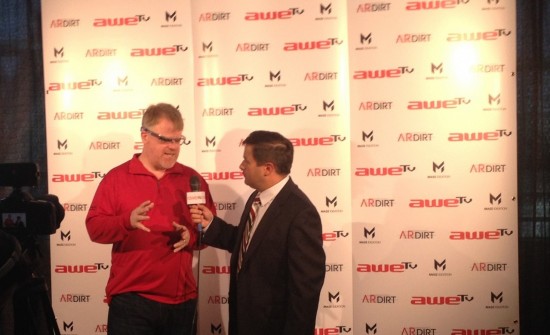 What Scoble really wants to talk to journalists about is Facebook. And he’s one of the few noting Facebook’s behind-the-scenes moves hinting the maturing social media platform’s future is still very much in play, and data continues to indicate that more news than ever is being shared via this distribution powerhouse.

Journalists still don’t know how to use Facebook. Maybe it’s for a whole bunch of internal problems, where their boss said they’re not allowed to be on Facebook. I used to work for Fast Company, and people would say, you know you’re not allowed to post there. What are you talking about? This is the future of your news distribution!

If people don’t understand how much control Facebook has in regards to distribution of news, they’re going to be locked out.

Stop being anti-Facebook. That’s just not going to work for you.

Is there a secret to monetizing content we just don’t know yet?

Scoble: People are going to be writing about this for decades. What is the mix of news? How much do you invest in it, how do you monetize it?

This is going to be a really deep problem for the industry for another decade at least. [Pierre] Omidyar may find a way out of the business model problem. And maybe [Amazon CEO] Jeff Bezos. He understands that if he’s going to sell a gadget to you, it better bring you some news.

I’m not sure The New York Times could ever have gotten to the place where Facebook did because of that different worldview.

I agree. The New York Times should have been working much harder at getting dates. What can they do now?

Scoble: If we’re moving to a world where everyone has a camera on their face – people are going to see news. Can I build a brand and a community of people to share that news with me and everyone else? Can I build a trust network?

I would really be building partnerships with the technology companies, even to the point of sharing ad revenues. Can we make a deal?

I’m glad I’m not in the journalism industry right now. 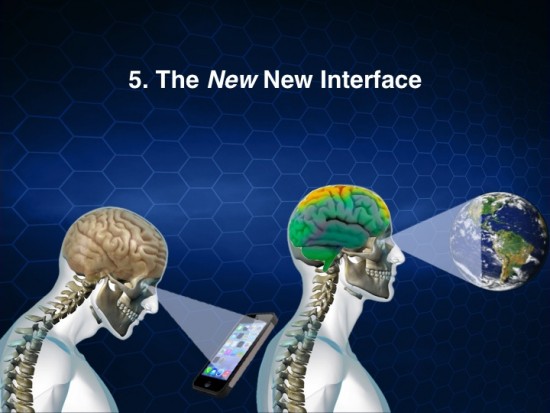 Is there a place for journalists to make an impact now, as we enter a brand-new era in augmented reality?

Scoble: If I were a journalist, I would be thinking about distribution. When I grew up, the news showed up on my front door. Now Facebook is that news delivery guy. I’d be asking, what do we need to do to build the future distribution system?

It’s too late for The New York Times to be a Facebook or a Google.

Let’s play the next game.

*Kudos to Time Inc.’s new digital boss, M. Scott Havens, who says the re-envisioned company is up for the challenge, stating ambitiously, “We want to build the next LinkedIn or Facebook.”

“In the future all lights will be projectors.”- Nicolas Henchoz, founder and director of the EPFL+ECAL Lab in Switzerland.

What does this mean, and why do we care? Lights may comprise a new distribution ecosystem for 3-dimensional content. Like the promise of plastics in The Graduate, can journalism get in on the ground floor? Media companies should begin now to anticipate, and invent, the new distribution networks and devices they will need to survive.

“In 10 years, neurointerface will be as ubiquitous as mobile is today.” - Steven Feiner, professor of computer science, Columbia University.

Prepare to be thoroughly disintermediated as humans enter an era of direct brain-environment interface. The first wave of this interface challenge will be how to meaningfully contextualize data (remember when journalists translated data into stories?). Does this mean a journo-bot future? Not necessarily. As the following quote suggests, journalists and other storytellers can play a central role in a fully augmented world.

The central question for a fully augmented reality is how we control, manage, and coordinate what information goes where. There is a persistent call among developers to move beyond the gimmicks technology enables to find “the story.” But it’s not a story form familiar to journalists. All-new names are emerging for what kinds of stories will populate an AR landscape: The predictive story, the sensor-based story, the anticipatory story, the quantified story, and more. How to define these new narrative experiences? Journalists have an opportunity, even an obligation, to shape that.

Back to Scoble, who calls this our Apple II moment.

“This is a point in time we’re going to remember in the same way I remember un-boxing an Apple II way back when. It’s a touch point in history.”

Dana Coester is an assistant professor at the PI Reed School of Journalism, West Virginia University, and also serves as creative director for the school’s media innovation center. Coester’s work focuses on community media and the economic development potential in technology disruption. Her research examines the future of storytelling with special interests in mobile, augmented reality and wearable technology at the intersection of narrative and neuroscience. Coester earned her master’s degree in Journalism from the University of Missouri-Columbia in 1993.