This outlet in Mali reports on issues across the Sahel

From economic troubles and political upheavals, to ethnic violence, corruption and more, countries across Africa have navigated no shortage of challenges. While major media outlets on the continent regularly report on these issues, there is a striking lack of local newsrooms focused exclusively on them. This has resulted in knowledge gaps, which in turn affect policies and development on the continent.

This is a void that Sahelien.com is poised to fill. Based in Mali and priding itself as the "Sahel's premier news site," the Sahelien produces in-depth reporting and analysis of issues and developments in the region.

"We are eight years old and have learned a lot from our work over the years,” said co-founder Joe Penney, who launched the site with Malian journalist Abdoul Salam Hama in 2014. “We have a dedicated team based in Bamako that does truly exemplary work in often-difficult conditions. We have built a reputation as a reliable, trustworthy news source.”

What’s more, the Sahelien has created new avenues for freelance journalists, in particular, to report for the outlet.

The Sahelien relies primarily on freelance reporters to extend its reach and the issues it covers. "We expanded our coverage across West Africa with a focus on Nigeria for a period of six months, and during that time we worked mainly with freelancers. We have a core staff in Bamako that covers the Sahel, and we are planning to cover Nigeria and other countries in West Africa regularly. When that happens, we will hire more full-time staff," said Penney.

For freelance journalist Ahmad Adedimeji Amobi, who wrote a feature story on how young graduates are struggling with unemployment, the role freelancers play to ensure that the Sahelien report on key issues is critical. "Freelance journalists produce more important stories that newsrooms might not get hold of,” he said. “Sahelien has done a lot in amplifying the efforts of these freelance journalists, and has made important, underreported stories heard and available to the consciousness of the world.”

The Sahelien publishes in French and English in an effort to bridge reporting gaps among Francophone and Anglophone communities in the Sahel. The site produces videos, documentaries and newsletters in the two languages to reach its audience. “Being located in the Sahel makes it more unique in providing reports both in English and French. To also ensure the expanse of its coverage, these journalists are invited on social platforms to give a breakdown of the process of their reporting and the story itself," Amobi said.

The Sahelien to date has shed light on controversial legislation, ongoing conflicts and more. Importantly, too, the outlet has achieved notable impacts through its reporting.

"Our recent coverage of ECOWAS sanctions and the Malian response to them has been very strong,” he said. “Pelumi Salako wrote, in my personal opinion, the best report on the farmer-harder conflict in Igangan; we’ve published excellent reports from Ope Adetayo on mental health; Shade Mary-Ann Olaoye on efforts to repeal Nigeria's extremely homophobic SSMPA law; and Hauwa Shaffii Nuhu on #ArewaMeToo, #EndSARS, and more."

Penney also described how two months after Nosmot Gbadamosi reported on efforts to push the Metropolitan Museum of Art in New York to return its Benin Bronzes collection, the Museum announced it was sending two pieces back to Nigeria. On still another reporting project, he added: "Our investigation on French airstrikes targeting civilians in Mali remains the most in-depth report on the topic in the nine years since France intervened in the country.”

Through its multimedia reporting, the Sahelien experiments with how to tell stories in more engaging ways, and to meet the needs and demands of its audience. The outlet also organizes community events like film screenings and conversations. These help raise awareness about multimedia reporting efforts on issues in the Sahel.

Above all, Amobi agrees that Africa needs more impactful stories, told from the right perspectives. "One of the problems eating [at] Africa is the amorphous structure of our institutions. It can only be corrected when stories are written about them; to make the institutions realize that people are very much conscious of these issues, and they demand change in these structures," he said.

This article was updated on March 23. 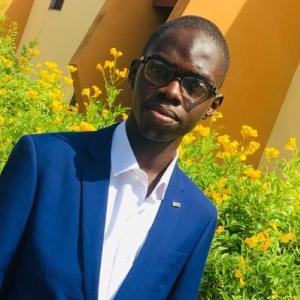 Adedimeji Quayyim Abdul-Hafeez is a Nigerian freelance writer and creative.