by Matt A. Hanson

In one of Turkey’s most closely monitored and widely observed show trials, on April 25th the 13th Istanbul High Criminal Court sentenced businessman and philanthropist Osman Kavala to life without parole and seven other defendants to eighteen years in prison. Although Kavala has been in prison for nearly five years, the verdict shocked his supporters. Jailed since October 2017, Kavala’s pre-trial detention hit a milestone in December 2019 when the European Court of Human Rights found his case to be politically motivated, and demanded his release.

Council of Europe rapporteurs are preparing infringement proceedings against Turkey, one of their founding member states since 1950, in a pivotal turn in European-Turkey relations. Even as the Council of Europe prepares unprecedented sanctions, used only once before in the case of Azerbaijan, mis- and disinformation of Turkey’s pro-government media and censorship of journalists has kicked into full gear.

The scale of mis- and disinformation

“Before Kavala's arrest in October 2017, the pro-government media were giving hints of what was to come. They created public suspicion about Kavala's activities,” said journalist Banu Tuna, who represents Turkish human rights documentation organization Hafıza Merkezi. “Even after the conviction, targeting and smear campaigns from the pro-government media continued. The most frequently used labels about Kavala are ‘Red Soros’, ‘fed by Soros’, ‘Gezi sponsor’, ‘Western puppet’, [and] ‘terror financier’.”

Meanwhile, the European Court of Human Rights found that evidence of phone records and organizational affiliation in Kavala’s case is scant and unlawful in the government’s allegation that he attempted to overthrow the government during the Gezi Park Protests of 2013, or during the attempted coup in 2016.

Amnesty International called the case a “travesty of justice.” In his closing statement in April, Kavala described the ruling as a “judicial assassination.”

“The Gezi trial is important in the sense that it showcases the deepening social polarization in Turkey. And criminal elements are encouraged by the narratives of the pro-government media,” said journalist Şebnem Arsu, who has worked in Turkey since the 1990s.

“We tend to focus on the prominent names. There are so many journalists that get legally convicted, or persecuted that we don’t see. In Anatolia, there are people who get killed. As severe as the legal punishment  journalists are facing is, there’s a punishment they’re also facing in the streets,” she said.

Since his arrest in 2017, a regular coterie of international reporters attended Kavala’s hearings, from the BBC to The New York Times, working alongside Turkish journalists, many who represent the pro-government majority. Kavala v. Turkey is only one part of the Gezi trials, with defendants including journalists Ciğdem Mater, and Can Dündar. Despite their low circulation, local, independent media outlets find themselves under the constant threat of arbitrary fines by the government.

“In Turkey, the biggest information source is TV. The radio and television council that regulates TV broadcasting are constantly fining independent media. There are no balances to check how these authorities work. They are cherry-picking to punish independent outlets for any type of critical coverage. So, [journalists] constantly self-censor,” said Renan Akyavas, Turkey program coordinator for the International Press Institute.

Akyavas stepped in to work on the Gezi trials in response to the indictment of Dündar in the trials. A leading figure in Turkish journalism, now in exile in Germany, Dündar previously endured 92 days in jail, an assassination attempt, and is facing life imprisonment for reporting on Turkey’s arms dealing in the Syrian Civil War.

Carolina Stockford, Turkey advisor to PEN Norway and leader of the Turkey Indictment Project, said that the Gezi Park trials are “an important case for freedom of expression in Turkey.”

“This is the worst trial I’ve seen, and I’ve been to many trials of Kurdish and Turkish journalists,” she said. The Gezi Park trials thus belong to a larger pattern of press censorship. “With the closing of 53 newspapers in 2018, the authorities effectively ended press freedom in Turkey,” said Stockford.

Nevertheless the coverage of local independent media continues, bravely, against flares of intimidation and fear.

Censorship of the Gezi Park Trials

During the Gezi trials, seventeen defendants were proven to be innocent by independent monitors like the Council of Europe, which is moving to show Turkey in contempt of Article 18 of the European Convention on Human Rights, which prohibits the use of political power to manipulate civic institutions. Meanwhile, Turkish television stations have been fined by the Turkish government for reporting on the case, including HalkTV, Flashaber and others.

“Four critical Turkish TV channels were fined by the media regulator RTÜK because they aired the statements of two parliamentary deputies from opposition parties,” said Özgür Öğret, Turkey’s representative for the Committee to Protect Journalists. “They criticized the verdict. Even in Turkey that’s a new low, because it wasn’t a journalist criticizing the verdict, it wasn’t an editorial. They were just broadcasting what a parliamentary deputy was saying.”

In one example, after reporting on the Gezi trials, Turkish journalist Ismail Saymaz was subject to a terrorism investigation by Turkish authorities. This occured after Saymaz wrote stories that showed that one of the judges of the Gezi trials was previously a prospective parliamentary candidate for Turkey’s ruling party, and that the judge’s wife testified that she was associated with FETÖ, which the AKP government blames for staging the attempted coup in 2016.

“This should have been the journalist’s job. One journalist just needed to Google this guy, and they would have found that he was a prospective parliamentary candidate for the ruling party,” said Mümtaz Murat Kök, projects & communications coordinator at the Media and Law Studies Association.

Kavala v. Turkey, and the Gezi trials overall, exemplifies a degree of strongman politics that is rocking the core of Turkey. Such contempt for free expression is a demonstration of the stranglehold that has Turkish journalists by the throat, in which imprisonment or threats thereof are used to silence critical reporting. 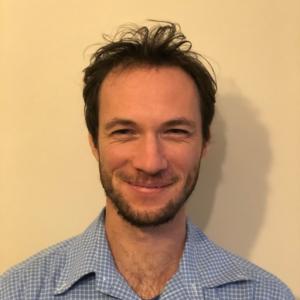 Matt A. Hanson is an art writer and freelance journalist based in Istanbul.