Journalist of the month: Nehal El-Sherif

Egyptian journalist Nehal El-Sherif has held nearly every role in journalism, working her way through different facets of news production, from translation and layout to on-the-ground reporting during the “Arab Spring” uprisings.

“It was print in the beginning, then a news agency and sometimes taking photos if I was working on a feature,” she said. “During my master’s, I also learned audio and podcasting, so I can say I’ve seen it all.”

After graduating from Cairo University, she interned as a translator at The Egyptian Gazette. She realized she wanted to be more involved in producing the news, not translating it.

El-Sherif eventually joined the German Press Agency (DPA) in Cairo as a Middle East correspondent. When the Arab uprisings began in 2011, El-Sherif joined her colleagues and began reporting on the protests and interviewing people on the streets.

Today, she continues to focus on international relations and Middle East politics, including the unfolding civil war in Libya. She said she enjoys covering stories related to women’s issues when she has the chance to break away from political and economic coverage.

A longtime follower of IJNet, El-Sherif used the site to find a 2012 course titled “Inside International Justice” held in The Hague. In 2017, she received the Lorenzo Natali Media Prize for “A business built on breadcrumbs,” a podcast episode which covers the savings practices used by some Egyptian women — another opportunity she discovered on IJNet.

El-Sherif holds an Erasmus Mundus Master’s in journalism, media and globalization. She continues to work for DPA, and will be relocating to Amman, Jordan in the coming months. 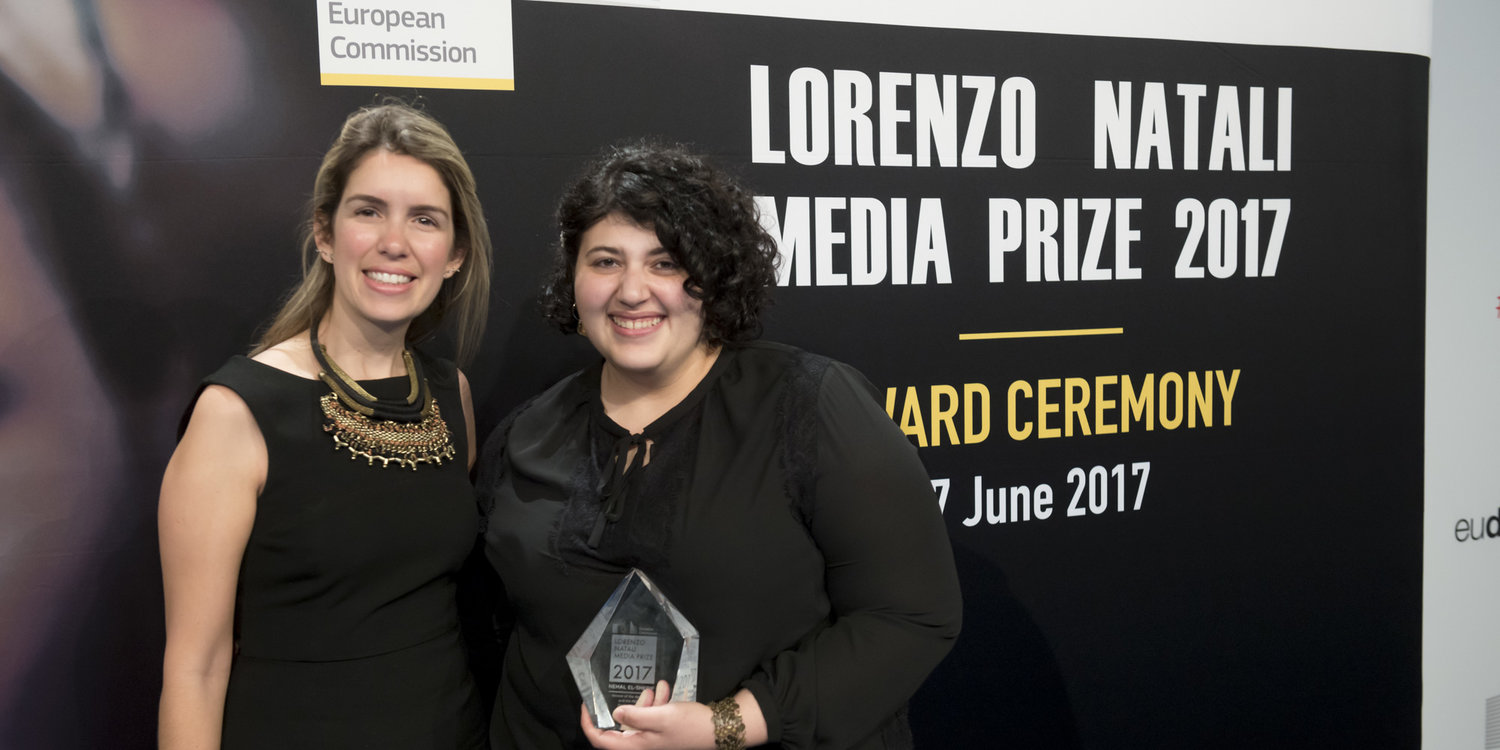 She spoke to IJNet about her work, reporting challenges and advice for young journalists:

IJNet: Tell us about “A business built on breadcrumbs.”

El-Sherif: I really enjoy working on things that have to do with women in general, economic empowerment or social empowerment. There is a lot of frustration in Egypt that many people wanted to see something different and it’s either not happening for them or happening slowly. This project is about these groups of women, and it’s a very traditional kind of savings — but then with the help of NGOs, they also provide loans to women to start their business. For me, this was really interesting because it wasn't just your normal PR. I met the women, and they were super happy and excited. You could feel that this for them is really genuine. It’s not just another PR thing that we are doing; they are changing their lives on a very small scale.

What has been one of the most challenging parts of your career?

As I said, I’m really interested in things that have to do with women and women’s initiatives. In Egypt, sexual harassment is a really big thing. I have covered the story from different perspectives over the years, and I even did a story in Jordan also relating to  sexual violence or gender violence. One of the challenges for me is trying to be objective, or trying to distance myself from the story because I feel like this [story] really needs to be told. Sometimes I write the story, then leave it for a couple of hours or days, then get back to it and try to make sure I’m not part of it somehow.

When you were covering the violence during the uprisings or the Libyan elections and found yourself in some unsafe situations, what did you learn through those experiences?

I learned that first, I need to make sure that I know my surroundings very well. Maybe I was lucky, because in the beginning in Egypt when I went to protests or Tahrir square or hospitals, it was by chance but there was a more experienced reporter from the company [with me]. Seeing how she reacted… how she kept an eye on surroundings and how she would suddenly make a decision: “Okay we need to leave now, we met people, we have enough quotes,” that's when you leave. If you think you have a good story, it's better to leave instead of just putting yourself at risk.

Also being aware of your surroundings, and the people as well. In this region, things have been turbulent over the past years, and people have fallen out with the media several times. Sometimes [they think] we are all just spies and we shouldn't be there. It’s good to [be aware of] how people are looking at you, how they are answering you, and if someone is moving in a weird way or someone is blocking the door. I think I just learned [these things] from being around colleagues and trying to make sure I’m not putting myself at risk.

What advice would you give to a young journalist?

Apply for any opportunity you find and believe that it suits you. It sometimes gets frustrating, when you feel your inbox is full with rejection emails, but being accepted to one workshop could make huge difference. Twice I have received the 'We regret to inform you' email, but a few weeks later, I was accepted to attend the courses because I was shortlisted, and other journalists said they could not make it. The 2017 Lorenzo Natali competition was the third year I applied for it.