How to use social media to grow your audience

Painstakingly written stories often get buried in the Internet.

To make sure that stories get the visibility they deserve, they have to reach readers who spend much of their time on social media these days. At the Hacks/Hackers meetup in Bengaluru, India, last month, speakers shared insights on how news organizations can use social media to grow their audience, integrate it with their online presence or use it get to stories first.

"You have to know your audience," said Abhash Kumar, social media lead at YourStory, a digital media startup which publishes stories on startups and entrepreneurship in India. Kumar has helped the publication grow to more than 300,000 likes on Facebook, from just about 50,000 likes two years ago. This in turn has helped YourStory grow its traffic to over 3 million views a month, over 30 percent of which comes from social channels.

The idea is to begin by pinpointing what kind of content works for what kind of audience, especially on Facebook. "We have spent a bit of money on Facebook just to find out what our audience is," Kumar said at the meetup.

By targeting the same post with different audiences over a period of time, Kumar has been able to zero in on users who like YourStory’s content most. To hack social media for a news organization, it is important to have a process-driven approach and analyze the social media performance from time to time, Kumar told an audience of over 30 participants from small and large publications in Bengaluru. 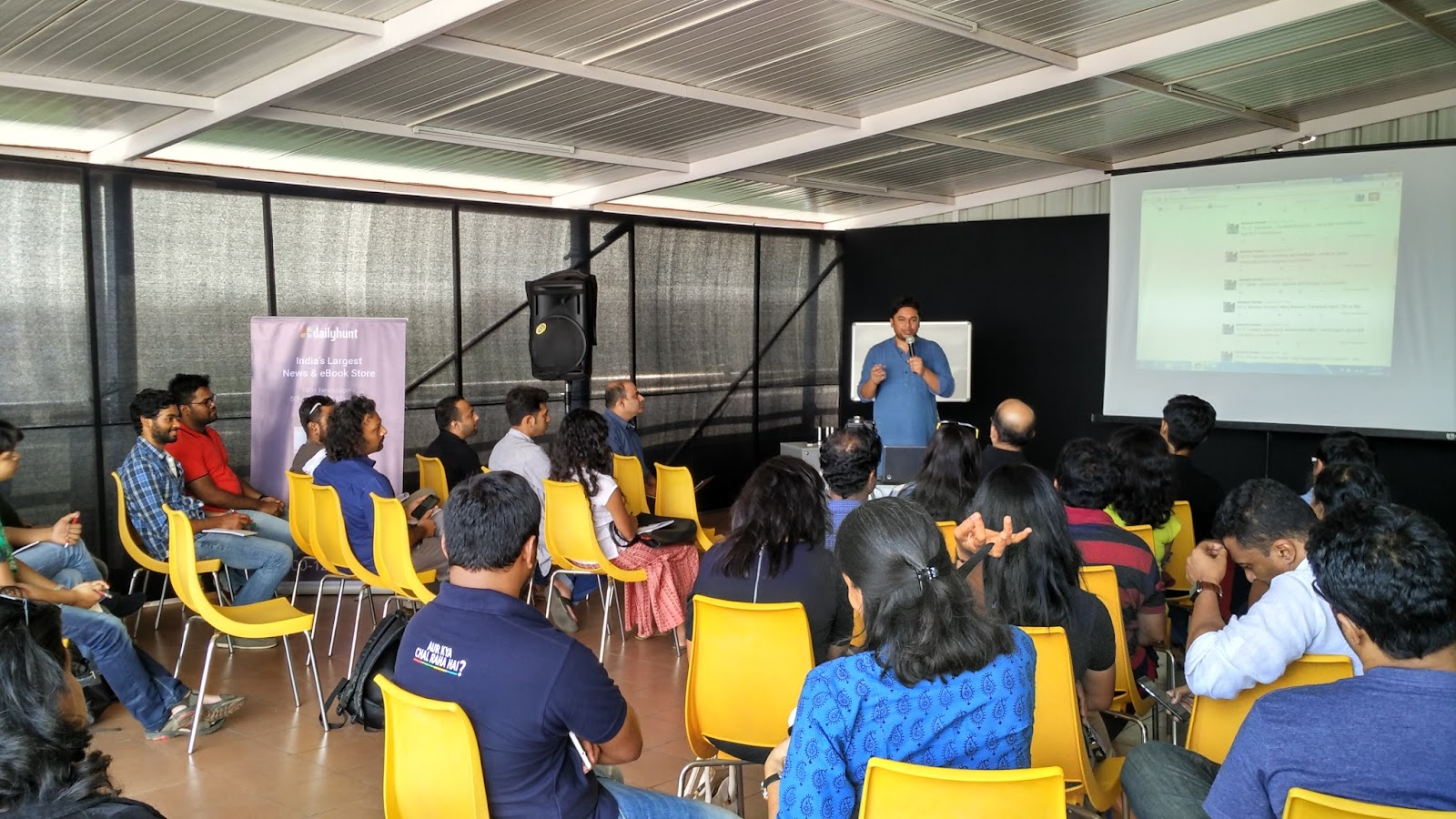 Pallav Bajjuri of SaddaHaq, a social journalism platform, said that journalism can be looked at as a social network in itself. Hyderabad-based SaddaHaq lets you create stories as well as your own network of communities and people around a topic of interest.

"The end goal is that news should translate to dialogue and then to action," said Bajjuri, a computer science engineer from Boston University. "By writing and publishing into a community that is interested in a topic, they get notified and connect with things that matter to them."

Meera K, the co-founder of Citizen Matters, talked about how little things can cause a ripple effect and snowball into something much more meaningful. "Each story is like the flapping of a butterfly's wing. Eventually it ends up in a storm somewhere," said Meera. "Journalism is very hard. You can’t say I published a story, 500 likes happened and therefore this happened, because it's very hard to measure."

Amarpreet Kalkat, the CEO and founder of Frrole, talked about how publishers can integrate social media to publications using Frrole’s products. Vishal Anand, the chief product officer at DailyHunt, an app which has over 100 million downloads and serves over 3 billion page views a month, talked about how social media can be useful to listen to feedback and improve the product. With examples from the newsroom of The Hindustan Times, ICFJ Knight Fellow Nasr ul Hadi demonstrated how tools like DataMinr and NewsWhip can be used to scan social media and get to stories on the ground.

That social media has become a big part of public discourse is of no debate. For journalists and publications to keep up with the audience, growing a social media presence is just a start. If you are a journalist or publisher, check out the social media section on IJNet’s website to get started.

The video below captures the talks:

Jayadevan is a Bengaluru-based journalist who is passionate about innovation in media. He writes at 10000hacks, a blog for journalists going digital, and is a co-organizer at the local Hacks/Hackers chapter. Tweet to him @therealjpk.