Alongside the internet’s growth in developing countries, new challenges surrounding how social media is used to spread mis- and disinformation have emerged.

In Africa, fact checkers are combating this development using a variety of tools and approaches. By communicating their efforts in widely spoken languages other than English, they can help more internet users develop simple verification skills.

Nigeria, for example, has a population of 200 million that speaks more than 400 languages. Research shows that Pidgin English, which emerged from a fusion of foreign and indigenous languages, has grown into one of Nigeria’s four most widely spoken languages today.

This is reflected in the country’s news landscape, where some radio stations run programs exclusively in Pidgin. The BBC also started its own Pidgin news service in 2017.

As part of my ICFJ TruthBuzz fellowship, I worked with a team to produce strategic, social media-friendly videos in Pidgin about the perils of misinformation, in order to reach Nigerians across socioeconomic classes, education levels and varying degrees of digital media literacy.

The first Pidgin video we produced was an explainer titled “Use your phone check weda that photo na true,” or “How to verify pictures on your phone.” This video showcases tools that can be used to verify images on the internet, such as TinEye and Google Reverse Image Search.

At over four minutes long, the video did not circulate as widely as we hoped — due primarily to its length. To reach and better engage more viewers with the video’s core message, we should have condensed the script to be able to post it across multiple social media platforms. Twitter, for example, allows videos no longer than 2:20 minutes, and Instagram sets their limit at one minute for video content.

Consider multiple versions of your video

In addition to adjusting the video’s length, we learned that having a human face speak into the camera was helpful in establishing a more personal connection with viewers. This reinforced our finding that shorter videos that incorporate real people tend to have wider reach and impact.

We created our latest video exclusively for social media, using the Lumen5 video editing tool. For this, we commissioned a journalist to translate a guide published by Africa Check on how to fight mis- and disinformation on Whatsapp into Pidgin. We then added a voiceover to the video.

The minute-long video received significant engagement on Twitter. It was also viewed more than 12,000 times in just one week on Facebook, a successful feat for a media organization that has a Facebook following of just under 5,000.

In a multilingual country like Nigeria, using popularly spoken  languages outside of English can effectively broaden the reach of your fact-checking and verification initiatives. Coupling this with strategic, social media-friendly video content can further boost this effort, reaching and engaging an even greater audience.

Main image CC-licensed by Unsplash via NESA by Makers. 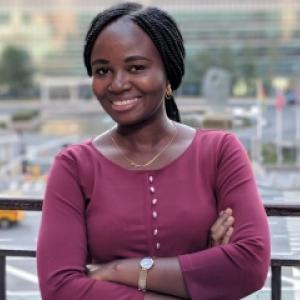 Hannah Ajakaiye is an award-winning journalist with The Nation, Nigeria’s widest circulating newspaper. A data enthusiast with a passion for development and social justice issues, Ojo has also worked with Code for Africa to deliver data driven reports on water, sanitation and hygiene in Nigeria’s biggest cities.