Independent media outlets in Ukraine exist in large part thanks to advertising revenues, funding from international organizations and foundations, and services they provide, such as the development of communication strategies and events. In 2020, however, a new wave of financial support from readers emerged.

Before the pandemic, media managers in Ukraine had been convinced that readers wouldn’t pay for online content, and as a result it would be more beneficial to attract funding through international donor organizations, for example. Many believed that the introduction of methods such as a paywall, or the development of a membership model, wouldn’t bring in sufficient funds. Some had in the past tried to solicit donations or launch crowdfunding campaigns, despite not having a strategy for developing revenue streams from the loyal audience, nor experts on staff.

The pandemic left independent publishers with no choice. They were forced to turn to their readers for financial support, amid shrinking advertising revenues and uncertainty around funding from existing clients and investors.

The trend is encouraging, as it demonstrates the potential for quality journalism to generate revenue.

According to Alena Nevmerzhitskaya, a sales director at the Kyiv Post, the income from digital subscriptions covered about 16% of the outlet’s budget in 2020. Meanwhile, NV attracted more than 11,000 subscribers several months after launching its paywall. RIA Media collected over 100,000 site registrations, converting several hundred into paying subscribers, according to CEO Oleg Gorobets. These aren’t bad preliminary results from monetization strategies that have traditionally been more an exception than the norm.

The situation is even more interesting for other types of relationships between outlets and their audiences.

Some work only with donations: readers can make one-time contributions, or set up recurring payments with them, but they don’t receive any perk like extra access to content for doing so. Nor is access restricted for those who opt not to donate. Kiev-based magazine Hmarochos and the political media outlet Babel have gone this route.

Others utilize crowdfunding. Business news site Liga.net launched a successful campaign in the spring, for instance, raising more than US$37,000 from 4,000 donors. It took hromadske, one of Ukraine’s first outlets to turn to its audience for funding, an entire year to raise a similar amount, in 2013-14.

Liga.net went beyond the crowdfunding experiment, too. The outlet established a membership model, which today has three levels of membership, each with its own perks for members.

Ukrainskaya Pravda, (Ukrainian Truth, in English), one of the country’s most popular outlets, has also implemented a membership program, an idea they first considered in 2015. They ultimately launched it in 2020, with the help of media consulting company Jnomics Media. Ukrainskaya Pravda developed three tiers of membership, one being their “Editor’s Club.” These members “are representatives of business, the creative class, lawyers, heads of non-profit organizations. The entry ticket costs US$1,250,” said editor in chief Sevgil Musaieva. This “club” counted about 20 members in 2020; its goal is to increase the number to 50, according to Musaieva.

Over its first year with the membership model, Ukrainskaya Pravda raised over US$55,000 from 2,700 readers.

Some outlets have also experimented with different audience engagement strategies alongside the development of membership programs. TheUkrainians.org, for example, organized a campaign of ambassadors to attract new paying readers. Membership models have also been introduced by Kunsht, MC.Today, ShoTam, Zaborona, Texty.org and Slidstvo.info, among others.

These outlets all have a subscriber base, as well. The number of paid subscribers ranges from 60 to 3,000 depending on the outlet, with the majority having several hundred. These funds can offset up to 30% of an outlet’s costs, according to data taken from a soon-to-be-published study of membership models in the Ukrainian media market, conducted by the director of KSE Center of Journalism Andrii Yanitsky.

Only with the pandemic, as advertising revenues diminished, did the launch of many of these membership programs take form, in addition to other efforts to generate funding from readers. Media projects like Toronto Television’s Youtube channel used Patreon, for instance, to attract the support of about 2,000 people, bringing in about US$10,000 each month.

[Read more: Planning to launch a membership program? Let these 12 questions guide you.]

In the spring of 2021, during an EaP Talks webinar organized by the Media Development Foundation, I discussed the challenges and opportunities around the introduction of membership programs in Ukraine with Jnomics Media consultant Gaygysyz Geldiyev, and Taras Prokopyshyn, CEO of TheUkrainians.org. Geldiyev explained how in 2019 Jnomics estimated the market for readers’ support at US$100,000; in one year, this grew tenfold, to US$1 million.

Prokopyshyn added: “There’s a risk that [the audience] will get tired of subscriptions. But in our current media environment, this risk is still some time off. Right now, we see that many people pay non-media organizations  that have similar missions to ours. That’s why this scramble for the first [subscribers] who will support media outlets is important for everyone.”

Although not all outlets have experienced the same level of success as Ukrainskaya Pravda or NV, that shouldn’t discourage others. It’s critical to make the case to readers that their financial support is important, despite the abundance of free content already out there.

If more publications work to instill a culture of financial support for independent journalism, this major challenge will be made easier to tackle. If you’re interested in introducing a membership model at your media outlet, the Membership Guide is an essential resource.

This article was originally published by our Russian site. It was translated to English by Marina Pustilnik. 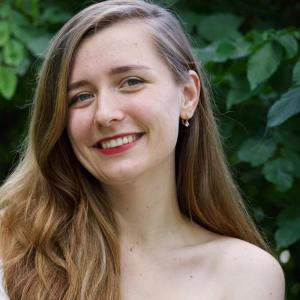 Ira Hoiuk is the project manager of the Media Development Foundation, where she develops and brings to life educational programs for journalists and middle managers of media organizations and organizes media studies.