When discussing the future of news, it’s nearly impossible to do so without mentioning mobile.

By 2020, there will be an estimated 6.1 billion smartphone users worldwide — approximately 70 percent of the world’s projected population. At the start of 2015, 39 of the top 50 digital news sites saw more traffic come from mobile devices than from desktop computers.

That’s why The Guardian U.S. in November launched its Mobile Innovation Lab, a hub of experimentation devoted to finding what works — and what doesn’t work — in the mobile news sphere. The lab’s work will explore five core areas: live coverage, video, contextual delivery, content interaction and notifications.

So far, its experiments include chatting with readers via WhatsApp during a Republican presidential debate to covering the Westminster Dog Show using Periscope and Facebook Live, with more to come over the next several months.

We spoke with Editor Sasha Koren about the Mobile Innovation Lab’s work and its plans to push the boundaries of innovation:

IJNet: What does one of the Lab’s experiments look like?

Koren: I think what we'll probably do is build some prototypes — we have the ability to test on a portion of The Guardian’s audience if we want — conducting A/B tests, those kinds of things. Once we get some developers, we'll have a better sense of how those experiments would go.

For example, we could send push notifications to a small portion of The Guardian's audience, then conduct an A/B test. We could send half of them regular notifications about a live event, and then send the other half something completely different — either in tone or format or updating a different way. We would probably learn something interesting about audience attention, what worked and what didn't.

The experiments are going to be designed to tease out how users respond and what's interesting to them that we're not thinking of industry-wise or using all that much. I think if we're successful in our mission, we'll do things that don't work, that people don't respond to or that fall flat, which is a weird way of saying that success is failure. We want to poke around the edges to see where there's room for growth, and part of that means some of the places we poke will show that there isn't (room for growth).

How would a newsroom that doesn't have the kind of resources that BuzzFeed has, for example, be able to replicate this kind of innovation? 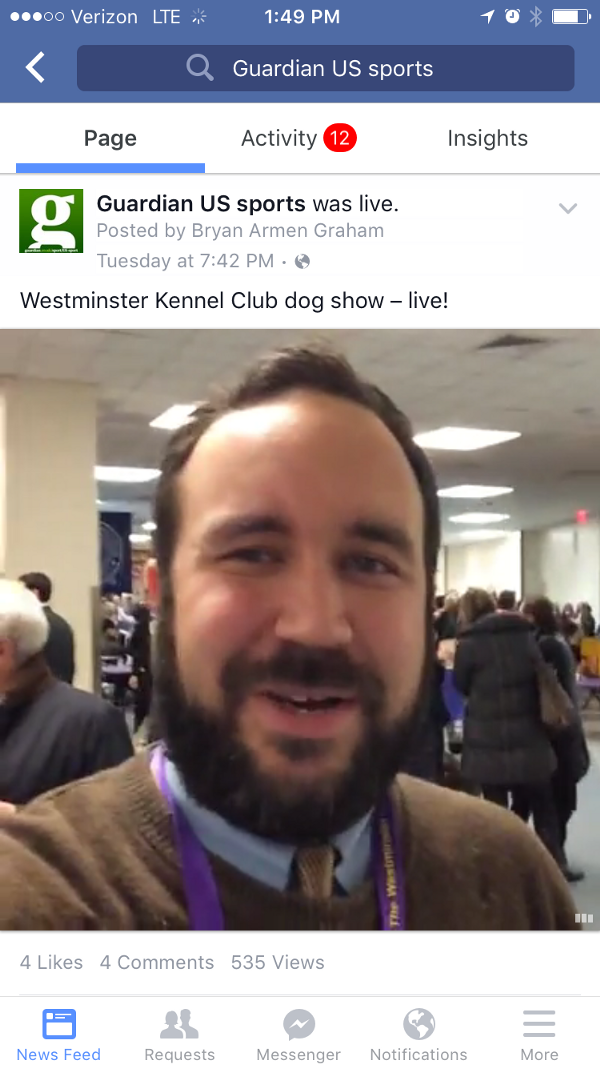 I do think about mobile and local news. Part of my family is from a small town in Vermont; there's a very active local paper and there's also a pretty active online presence. What does it mean to be reaching audiences at organizations where there is a really committed and devoted audience, but may not have the resources to build out the kinds of platforms that BuzzFeed would? They're sort of at opposite ends of the spectrum, a small-town paper and a big global media organization.

I do feel if we can come up with some sort of lightweight, easily-implementable solutions for people at the end of our term, it would be a win for all of journalism. The Coral Project, for example, is really trying to come up with open source, platform-agnostic solutions so organizations of any size, shape and level of resources can fit whatever they do into certain publishing systems without too much effort.

When you're faced with resource constraints, it's always going to be a challenge. Hopefully what we can do is something that moves our industry forward in a way that's both helpful to the big players as well as the medium and small ones.

Do you have a metric for success?

We don't have an exact metric. That's not to say that we have a really broad mandate, that we could build just one app for the next 18 months, which I don't think we'll do. If we felt like that was the thing that would help answer lots of questions about the industry and where it needs to go, then we could do that. But we don't have a specific set of metrics.

The other thing we are definitely meant to be doing is to convene conversations around mobile and news and get people who are interested in those topics to come together and discuss them. We're also, in a very Guardian-like fashion, working in the open. We hope to make public what we decide, the direction that we're going in, what we learned and how we're going about things. We'll be working to figure out how to make sure that what we do is not only public, but will get people interested in seeing it.

Image CC-licensed by Flickr via Japanexperterna.se. Secondary image is a screenshot from The Guardian U.S.' coverage of the Westminster Dog Show via Facebook Live.