Creating an autistic-led and neurodiverse-friendly media in Brazil

The voices of people with autism are vastly underrepresented in the global media ecosystem. In Brazil, a digital media outlet run by Brazilians diagnosed with autism spectrum disorder is trying to overcome that.

Created in May 2018, the outlet Introvertendo, or “Introverting,” produces podcasts and other digital content about autism and its relationship with contemporary issues.

According to the U.S. National Institute of Mental Health, autism is a neurological and developmental disorder that affects communication and social interaction. It is known as a “spectrum” disorder because symptoms vary widely from person to person.

“It all started with a therapeutic group for people with autism at the Federal University of Goiás,” said Tiago Abreu, a journalism graduate and co-creator of Introvertendo. “Every Thursday we would get together and I started to notice that the conversations we had were atypical and very interesting – so I proposed to do a podcast about it.”

Abreu, 26, was diagnosed with autism in 2015, and currently serves as one of the Introvertendo podcast’s hosts. We talked about this unique outlet, including the challenges and opportunities for building a more inclusive and neurodiverse-friendly media. The following interview has been condensed and edited for clarity.

What topics are covered and who usually participates in the Introvertendo podcast?

Introvertendo focuses on discussing characteristics of the autism spectrum and relating it to culture and society. For example, we have already done episodes about hyperfocus, the social perception of restricted interests of people with autism, the relationship between autism and climate change, etc.

When topics demand specialized knowledge, we usually invite a person on the spectrum and a professional. Of all the guests who participated in the podcast, at least 80% were people on the spectrum.

Which episode generated the greatest audience engagement? And which one is your favorite?

The most commented episode of all time is “Autism in childhood without diagnosis.” In this one, we mainly discussed the impact of not getting an early diagnosis of autism. In all, diagnostic-themed episodes seem to be of greatest interest.

Yet, this year, the most talked-about was episode 206: “Elderly with autism.” Autism in the elderly is not a much discussed topic, we even spent months looking for potential interviewees. So it generated a lot of interest.

The episode I hosted that meant the most to me was about “To miss or not to miss” something or someone. It was a discussion of what it feels like not to miss having had meaningful life experiences, like a first kiss, as people on the autism spectrum often don’t have the opportunity to have such experiences.

In your view, how close is the Brazilian media to being inclusive for the autism community?

When journalists cover autism and don’t have much contact with this topic, they usually look for sources such as an association or a doctor, and end up excluding diagnosed people. But I think this reflects the way the autism community is built in Brazil.

For many years, autism associations were formed exclusively by mothers and a few fathers. Only in the last three years or so have there been people with autism participating in the direction of associations along with family members. I also noticed this year that there was more discussion of autism in adulthood in major newspapers. This reflects a slow but gradual transformation.

However, some stereotypes are still portrayed in journalistic articles. Images like a white child and a puzzle are often used – which reflect preconceived notions about autism by society.

Do the internet and new digital technologies significantly contribute to making the media more inclusive and accessible for people with special needs?

Certainly! In the past, having a radio program, for example, required professionals to travel, have social contacts and interact with several people – which is very difficult for people with autism. But now, with podcasting, you can record it in your own home, using your own computer, and distribute it to the world. So just from a production standpoint, this is a big change.

Today, there are Brazilians with autism who have more than 100,000 subscribers on YouTube, which is a very significant visibility – it’s even bigger than some English-language channels that have a long history of discussing autism.

Introvertendo uses accessibility tools for a specific audience, but it actually benefits everyone. For example, we use ‘alt text’ on Instagram, we have a Hand Talk plugin and we offer transcripts of episodes for those who are deaf, have attention deficit [disorder] or hypersensitivity to sounds. We also have an audio description of each member of Introvertendo, which was suggested by one of our listeners who is blind.

[Read more: Ways to support disabled journalists in your newsroom]

Recently, you published a book called What is neurodiversity?, which is the first book that explains neurodiversity in Portuguese, authored by a neurodivergent person. What is the story behind your book?

A long time ago, I noticed a lack of references in Portuguese about neurodiversity. There were some academic articles, but nothing really accessible.

My book is a hybrid – between the academic and the journalistic. In it I present: what is neurodiversity, the historical debate, the impact and the criticisms.

I am part of a generation of ‘autism activists’ in Brazil – the first of its kind – and this book is a consequence of that.

What advice would you give to people with autism or other special needs who might want to work in journalism?

I would say they should break free from the stereotypes of the profession. Many people believe that to be a journalist you have to be great in front of the cameras, have a certain voice, etc.

Actually, two characteristics need to be taken into account: First, to be a good listener; secondly, to be able to exercise a critical and solid reading of the world.

Photo by Kenny Eliason on Unsplash. 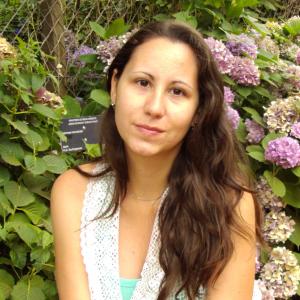 Marina Martinez is a Brazilian freelance journalist who writes on social and environmental issues.