Presidential election years are always turbulent for journalists, and it is no different in Brazil. This year started with the upholding of the 12-year prison sentence of one of the main pre-candidates, former president Luiz Inacio Lula da Silva, for corruption, followed by protests across the country.

It is not yet known if Lula is actually going to be arrested or is still running for office. Nevertheless, on social media, there is already a false arrest warrant, a video of his arrest that comes with a virus that steals banking data, as well as inaccurate, exaggerated and false information across the board.

In this uncertain environment, how can journalists fight against fake news and disinformation that plague not only Brazil but the world?

For Tai Nalon, director and co-founder of fact-checking site Aos Fatos, it is important to understand that fake news, which emulates the traditional news format, is just the tip of the iceberg.

"We have in Brazil a culture of communication by messengers like WhatsApp, through which rumors of all kinds are fed," Nalon explains. "This is as serious as [fake news] or more serious since it is impossible to know by the nature of these tools how many people have been exposed to misinformation and how much material of dubious origin exists out there."

WhatsApp, the most popular messaging app among Brazilians, has become a serious distributor of misinformation and a major headache for its owner, Facebook. How to suppress false news on an intentionally closed and encrypted platform designed to protect private conversations?

Fábio Gusmão is the digital editor of newspaper Extra and is known for his innovative use of WhatsApp in journalism. He says that "WhatsApp works as a cannon for any type of communication." Over four years, Extra used WhatsApp to send news to more than 70,000 registered readers, but has stopped this service in respect of the app's guidelines and to study a better way to distribute content.

According to Gusmão, until WhatsApp launches a special channel for media groups, as it did with WhatsApp Business, there is a risk of encountering the limitations of WhatsApp itself, which may consider news messages as spam. This ends up benefitting the propagators of false news, he argues.

Extra has continued to investigate false news disseminated on social media. "We fight what is already viral on social media and has a greater urgency to be disputed," says Gusmão, who is also the editor of Extra's "#Éboato #Éverdade" blog, which focuses on fake news.

Nalon stresses that the responsibility for distributing fraudulent content on social media is collective: "Platforms must adjust their algorithms so that they do not financially reward fake news producers, but the user must also think twice before sharing information."

With an eye on the user, Aos Fatos has been working in partnership with Facebook to expand fact-checking using artificial intelligence. Scheduled for the first half of 2018, the chatbot Fátima (a play with "FactMa," an abbreviation of "FactMachine") will teach users via Messenger to read online content critically. "It is the development of this kind of ability that must be prioritized to effectively combat misinformation on social media," Nalon argues.

Aos Fatos, among other fact-checking sites in Brazil, such as Agência Pública's Truco and Agência Lupa, will also take a closer look at this election year, including providing real-time fact-checking.

Another attempt to deal with fake news comes from the Brazilian government. Brazil's Federal Police recently announced the creation of a task force to fight fake news, which aims to identify and punish authors of false news against or in favor of presidential candidates. However, there are questions about its legality, implementation, effectiveness (this fake news investigation took three years) and censorship potential, according to a report from the Committee to Protect Journalists.

What about journalists? What can they do to counter fake news ahead of the elections? How can journalists prevent sensationalist candidates from hijacking the journalistic agenda, as happened with Donald Trump in the United States? Nalon and Gusmão recommend the following. 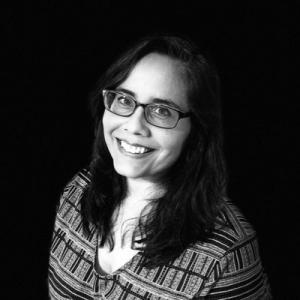