A year after COVID-19 was declared a national emergency, vaccines have finally arrived, with the U.S. averaging 2 million vaccine doses administered per day. But the arrival of vaccines also brings an explosion of information — some of it untrue. Dr. Galit Alter, a professor of medicine and a group leader at the Ragon Institute of MGH, MIT and Harvard, spoke with Patrick Butler, ICFJ’s Vice President of Content and Community, about vaccines.

How does the virus affect our system?

Dr. Alter explained that the virus causes COVID-19 disease through its ability to use the Spike protein to interact with a protein on the surface of our lung cells, called the ACE-2 receptor.

“Once that spike protein interacts with the ACE-2, this gives permission to the virus to now enter the cells where it can replicate, multiply and begin to spread and cause disease,” said Dr. Alter.This is the interaction that vaccine developers seek to block.

“What’s interesting about this particular ACE-2 receptor is that they are not only present on the surface of lung cells. They are also found in the gut, our blood vessel walls, heart cell wall and in some cells that live in our respiratory passageways, which allow us to smell and taste things,” she explains. This is why there are reports of people not being able to taste or smell when infected with the virus.

How do vaccines work? 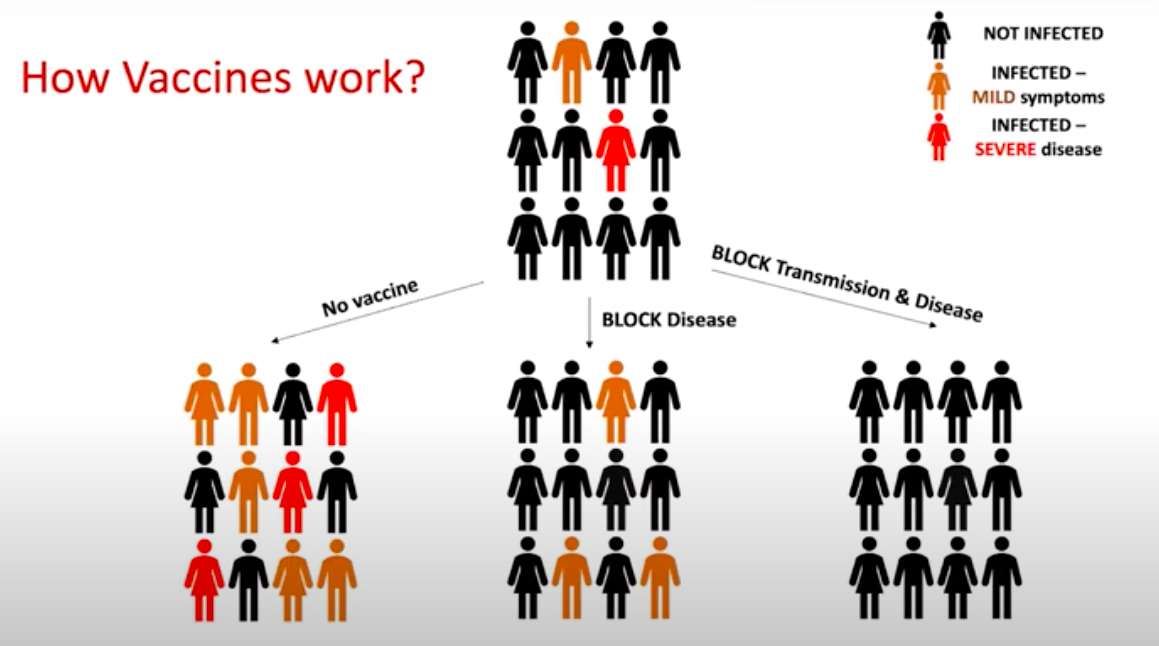 “Some vaccines will work by completely blocking infection,” explained Dr. Alter. This method is the most effective, as shown by the group on the right in the diagram above.

Another option, however, is using a vaccine to limit the severity of the disease in order to keep people out of hospitals and alive. “If we could turn COVID-19 into a cold for the whole world, I think we could live with that, right?” said Dr. Alter. “That would get us out of masks, back into our barbecues with our friends and back into churches, synagogues and mosques — wherever we wanted to go.”

What are the different types of vaccines?

The vaccine development community made a decision early on to focus on the Spike protein when developing vaccines, because this was the part of the virus that scientists believe “is the most important for antibodies to provide protection from infection,” said Dr. Alter.

Below is a breakdown of the different types of vaccines being used to fight COVID-19: 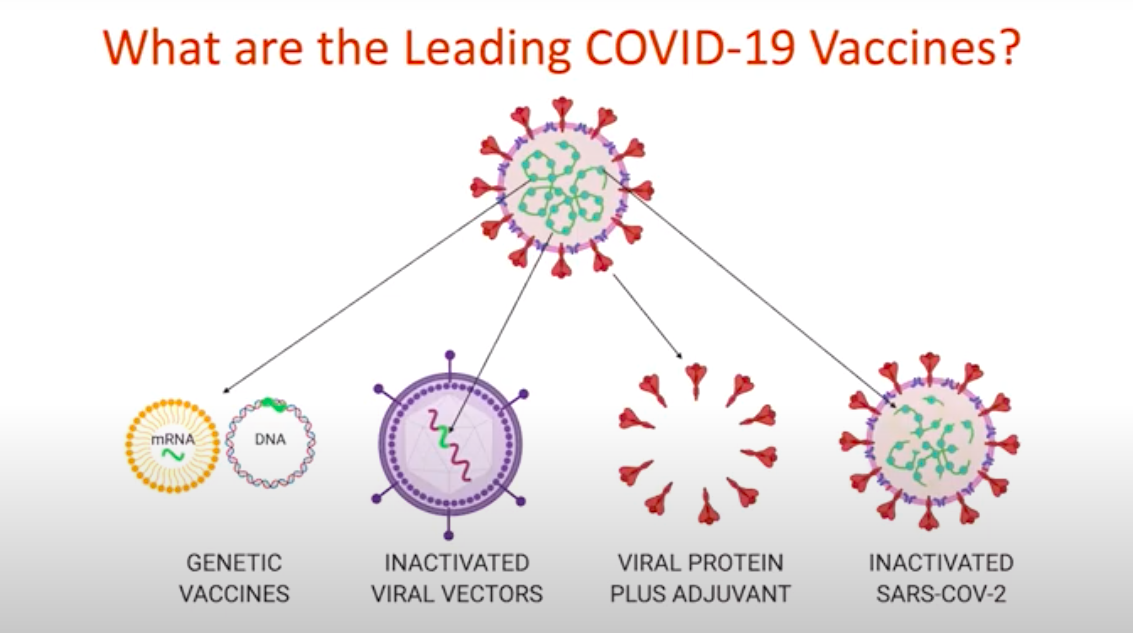 Should people who have already had the disease, whether severe or mild, get vaccinated as well?

How important is vaccinating children and when will we be able to do that?

Make sure to watch the webinar recording to learn more about how each vaccine works and more advice from Dr. Alter.