Cuba's thematic magazines appeal to readers eager for something different

Since his time studying design, Robin Pedraja wanted to work in a magazine. "And for that the best thing was to do it from scratch," he says. This is how Vistar, a magazine dedicated to Cuban celebrities and culture, was born in 2014.

Inspired by this project, other groups of young people have launched their own self-managed publications in PDF format.

Perhaps the most striking feature of these ventures is their form of circulation. Though many have websites and pages on social media, most are designed to reach people through a "weekly package" (paquete semanal).

These packages include a compilation of videos, movies, series, music, software and other materials that can add up to a terabyte of information and are distributed through hard drives and USBs. Given the poor conditions of the internet, both access and quality, in Cuba, this has been the most direct way for ordinary citizens to have access to magazines.

The new publications are born from the need for a more attractive press in Cuba. This can be easily observed through the themes covered — including photography, weddings, celebrities, restaurants, fashion and more, — areas that receive little or no coverage from official media that are now finding readers who are eager for something different.

"No politics," emphasizes Robin. That is another common feature of these projects, to steer away from the difficult issues of Cuba’s political reality. Moving away from the same old topics is not only an editorial interest, but also the way to avoid problems and let these publications function in peace.

So far, the more than 15 Cuban publications circulating in the package have remained in a legal limbo. According to Article 53 of the Cuban Constitution (1976), media outlets cannot be, under any circumstances, privately owned. However, the state itself fails to comply with more than one constitutional provision, and there is a constitutional reform under way.

The mechanism to legalize emerging publications on a global scale would be to register them in the Registry of Serial Publications. However, to carry out the process, they would need to be legal entities, which is legally impossible in Cuba. In search of some stability, some publications, such as Play-Off and Vistar, have acquired an International Standard Serial Numbers (ISSNs) through entities in other countries.

Nonetheless, in spite of everything, the public relevance of these initiatives continues to grow. In 2016 the Faculty of Communication of the University of Havana analyzed the phenomenon in one of its theses.

The study, by Amalia Ramos, describes the editorial management of four magazines and concludes that their emergence represents a turning point in the Cuban media landscape: "Even with the possible deficiencies of the publications, which are understandable considering they are the first to experiment and try new formulas, these editorial proposals are at the forefront of invention and creativity and signify a plural voice of citizens."

Some readers, when viewing the magazines for the first time, wonder if they are actually made in Cuba. A daring design, the photographic display and the use of advertising contrast with traditional black and white publications.

The visual guides of these publications seem to be the great entertainment magazines worldwide. Pedraja says that his main source of inspiration is Rolling Stone; while Garbos, specialized in fashion, resembles a tropical Cosmopolitan.

One question arises regularly: how do you financially sustain a project like this? In a context where small private businesses need visibility in order to compete, the answer is advertising. It could be said that these new media outlets are the media companions of other emerging sectors of Cuban society.

There are several circumstances that caused the emergence of these thematic magazines. On one hand, there are many young graduates of similar careers, who seek professional fulfillment and to earn some extra money, since most of them also work for state entities.

The phenomenon is also a result of the widespread use of technology. "Maybe doing journalism in the ‘80s meant you had a lot of physical artifacts, but today we don’t even need an office," says editor Paola Cabrera.

The diversity of publications shows that there is an expanding universe here: Amano is dedicated to design and architecture issues, Alas Tensas is a feminist magazine and Fragmentos de Isla is a literary bulletin "to dialogue from the Cuban depths.”

These editorial initiatives coexist with journalistic ventures, also led by young people, such as Posdata.Club and El Sornudo y Barrio, along with media from other countries, such as Progreso Semanal, OnCuba and El Toque.

Some continuity can be observed with what some experts call the "tradition of Cuban journalism." Since colonial times, most social, political and cultural movements or groups created their own magazines. Like those, current magazines are an expression of a historical moment — of a society that is no longer the same.

Pictures: cover content from some of the magazines. Provided by Eileen Sosin Martínez. 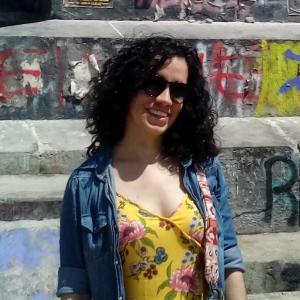