Collaborating across countries and time zones is challenging and requires clear and efficient communication — something the team at Code For Africa (C4A) knows well. As the continent’s largest data journalism and civic technology initiative, C4A’s leaders, such as ICFJ Knight Fellow Jacopo Ottaviani, have developed methods to make it easier.

Ottaviani works as the pan-African data editor at C4A, and he organizes story production and engagement with researchers, designers, developers and journalists for an international data team of 30 people. The data team has worked across borders on projects like Gender Gap, an interactive database and calculator which helps users visualize the gender pay gap in countries across Africa. They also used systems of organization to collaborate on InfoNile, Africa’s first geojournalism open data project uncovering water security issues in the Nile Basin.

In a recent webinar supported by the Dow Jones Foundation, Ottaviani shared tips for setting up a team and managing communication:

Before launching a cross-border project, the project’s various teams need to designate leaders to keep everything running smoothly, Ottaviani emphasized.

“The team should have one person responsible for coordination, because these projects involve a lot of moving parts,” he said. “If you just let it go, it could be quite chaotic, so having a clear structure can be very helpful.”

The Code For Africa team also uses Agile Methodology, an approach to team organization that originated in the software development world to optimize project organization. Ottaviani said the approach works well for Code For Africa because the team “works in the intersection between tech and media.” Using defined processes of communication, this methodology emphasizes the importance of being able to adapt team plans and respond to changes quickly and easily.

Since any given project might be comprised of eight or nine people, Ottaviani said he uses several different strategies to coordinate communication and project development. The first approach is “standups,” which are daily or weekly meetings, through messaging or in-person, where team members provide brief updates on their work or raise questions. If the team only wants to discuss one specific challenge, they come together for a “sprint.” The Code For Africa network also holds weekly video or phone calls to catch up with each other. For cross-border projects, Ottaviani said it is critical to find a time and day of the week that works for the whole team.

Once a project is started, the group should take time for retrospective analysis to break down what is working well and what can be improved for future projects, as well as the remainder of the current project.

The Code For Africa team uses Slack, Trello and Google Drive to construct a virtual office. The messaging platform Slack allows users to create groups and subgroups for communication within and across teams. Trello is a shared dashboard with lists that let users visualize tasks. Ottaviani said that Trello helps his team set priorities and determine workload, since users can sort their tasks into lists like “To do,” “In progress” and “Done.” There is also the ability to create a “review” list, where team leaders can check the quality of finished tasks. The team uses Google Docs, Google Slides and Google Sheets to work collaboratively and share files.

Not all group communication has to be strictly work-related. Ottaviani’s team has a “watercooler” channel on Slack, which is helpful for team building. When describing the Code For Africa watercooler, Ottaviani explained, “We basically have fun.” Team members share emojis, their favorite music and other light conversation that helps bring the group closer together.

Ottaviani added that in-person meetings help strengthen relationships among team members. He recommended that journalists attend conferences to establish more in-person connections and find people who they would want to work with in other countries. 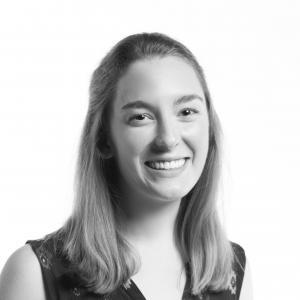