Advice for ethical reporting on trauma

Covering topics in which sources must recall the intense emotional and psychological trauma they have experienced can be a difficult task for any journalist. Along with ensuring that they are reporting accurately on these topics, media professionals also must consider the wellbeing and safety of victims and survivors, who often serve as their primary sources.

Nicole Froio, a Colombian-Brazilian journalist based in Rio de Janeiro, has reported on sexual and gender-based violence for 10 years. Throughout her career, she has developed useful skills and techniques for reporting on stories in which personal trauma is a major component.

In a recent ICFJ webinar, Froio shared tips on how to conduct trauma-informed reporting. Here are some key takeaways.

Journalists write to tell a story, and telling the stories of survivors of traumatic events can be powerful, moving and impactful. Getting an article published, however, should never become more important than the wellbeing of the survivors themselves. This means reporters must take their sources’ grievances seriously, and never use their stories just to gain a byline or drive engagement.

“You have to let your ego go to do this kind of work – you cannot put your byline before what the story is, [or] the wellbeing of the people who are sharing some of the most disturbing parts of their life,” Froio said.

This also means devoting a level of honesty and transparency to your interviewees that you otherwise may not consider for other stories. During the early stages of reporting, it is important to be clear about why you’re writing your story, what role the survivor plays in it, what protection you can offer, and if the source’s identity will be revealed.

It all comes down to “consent, consent, consent,” Froio said. This includes stopping an interview at any time if the survivor requests it, and allowing for long periods of time between interviews (if necessary) until your source is able to speak about their experiences again.

There are other ways a journalist can put the wellbeing of their sources first. Froio keeps resources handy that can be provided to a survivor as needed – resources like national domestic abuse hotlines, or organizations that specialize in working with a survivor’s specific experiences. All of these go a long way towards minimizing the negative impact recounting traumatic events may have on your sources.

Write from a place of care

Knowing why you’re writing about a story that addresses survivors’ trauma is equally as important as carrying out your best reporting practices, Froio said.

Writing from a place of care doesn’t just affect the quality of the piece, but also how the grievances of survivors are perceived in your reporting. Froio used an article published on the now-defunct Babe.net which covered a sexual misconduct allegation against actor Aziz Ansari (an article since removed from the internet) as an example where driving engagement may have impacted how readers understood the writer’s grievances. Froio highlights how certain writing decisions, such as the article being written as a confessional rather than in journalistic style, or the little time provided for Anzari to respond to the allegations before publishing, as having impacted the perceived validity of the story.

[Read more: Tips for reporting on sexual assault and abuse]

Instead, Froio recommended that journalists look at the New Yorker’s coverage of sexual assault allegations against Harvey Weinstein. In reporting on this story, author Ronan Farrow spent 10 months fact-checking and acquiring evidence of sexual assault to back up survivors’ stories and to provide hard evidence to support their accusations. Additionally, Farrow’s reporting focused not on one or two allegations, but on the larger pattern of behavior that showed how accusations shouldn’t be dismissed as “one unacceptable thing,” Froio said.

For Froio, the dichotomy between these two pieces lies in the difference between writing from a place of care and investment in survivors’ stories and simply using a story for clicks or retweets – the former leading not just to better journalism but greater care given to the survivors.

“The main thing I want everyone to take away from this is that we’re not reporting on stories, but humans and humanity. You have to be open to listening before you’re ready to write the story. Being able to listen goes a long way,” said Froio.

During interviews journalists should also be very aware of the language they use. Victim blaming and inflammatory questions, even if unintentional, are not useful in this context and can cause harm to survivors.

“Ultimately, use your common sense: how would you like to be treated if you were in that situation?” she said. 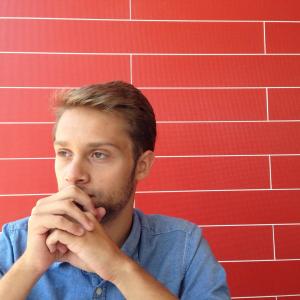