Actor and environmentalist Leonardo DiCaprio shared a photojournalist’s shocking and powerful photo on his Instagram page. With this repost, DiCaprio helped achieve what residents of the Paraguayan city of Limpio had not been able to accomplish with months of reporting: drawing attention to the fact that part of the nearby Cerro Lagoon was now purple due to contamination from a tannery. After this international exposure, authorities finally intervened, closing the factory and revoking its environmental license.

Now, Limpio’s townspeople march around the lagoon, which is about 30 kilometers from Asunción. Clad in face masks and carrying posters, these protesters demand this environmental crime not go unpunished. They want the managers of the tannery to go to prison and work to improve the water quality of the contaminated lagoon.

The case of the Cerro Lagoon illustrates what can be achieved, even during the COVID-19 pandemic, when citizens come together to speak out and create a movement, amplified further by the work of journalists.

It all started with Jorge Sáenz, an Argentine photojournalist living in Paraguay. He learned that the residents of Limpio had been denouncing the contamination of the lagoon by the Waltrading Tannery Company for more than four months, but environmental protection authorities hadn’t listened to their concerns.

“My partner showed me a photo published in a local newspaper. I said, ‘Wow! Is it possible that this photo was incorrectly retouched? It looked like a bloodbath. The next morning I went to the lagoon. I stood there with my mouth open when I saw that the water was a bright purple,” Sáenz said.

Sáenz used his drone to take photos of the lagoon, juxtaposing the contaminated area with the uncontaminated, blue portion of the lagoon. He also spoke with the townspeople who approached him, wearing face masks and carrying anti-contamination signs.

“The villagers are humble fishermen,” Sáenz said. “They told me that many fish and birds had died, that they had complained for months about it. But the owners of the tannery were friends with the mayor of the municipality and no one paid any attention to their complaints.”

Sáenz has had an extensive career as a photojournalist. He previously worked for Página-12, a newspaper in Buenos Aires, as well as for ABC Color and Última Hora, newspapers in Asunción. He is also a member of the Associated Press (AP) news agency and several of his photos were shared via AP.

On August 5, Sáenz posted a photo of the contaminated lagoon on his Instagram account with the following caption: “With the pandemic, we’ve seen it all. Waltrading pollutes everything it wants to… In 2017, because of another one of the company’s tanneries, thousands of fish died in Chaco.”

That same photo was shared August 16 by Leonardo DiCaprio on his Instagram account, with the caption: “The Cerro Lagoon in the Paraguayan city of Limpio is sharply divided into two parts: one purple, one blue. One part emits a foul odor, the other doesn’t … Several months ago, people began noticing that the water had changed on one side of the roadway, and that fish and birds were dying.” ⁠

The Cerro Lagoon in the Paraguayan city of Limpio is sharply divided into two parts: one purple, one blue. One part emits a foul odor, the other doesn’t.⁠ The lagoon was split by construction of an embankment and roadway to carry trucks to and from local factories.⁠ Several months ago, people began noticing that the water had changed on one side of the roadway, and that fish and birds were dying. They went to local environmental authorities who took water samples.⁠ Francisco Ferreira, a technician at the National University Multidisciplinary Lab who took samples, said that the color of the water is due to the presence of heavy metals like chromium, commonly used in the tanning of animal skins to produce leather.⁠ #APPhoto Jorge Saenz @jorgesaenzpy

After DiCaprio’s post, the issue immediately gained traction. Caravans of vehicles with authorities and technicians from the public prosecutor’s office and the Ministry of the Environment and Sustainable Development showed up at the lagoon. They inspected the factory and took water samples.

Francisco Ferreira, a technician at Asunción’s National University Multidisciplinary Lab took samples and said that the color of the water is due to, “the presence of heavy metals like chromium and zinc, commonly used in the tanning of animal skins to produce leather.”⁠

Reports confirmed that the factory’s waste thrown in the lagoon created an oxygen level of 1.4 when regulations require it to be at least a 5.  “[The lagoon is] already totally destroyed for aquatic life,” stated the Multidisciplinary Lab’s report.

According to journalism website ElSurti.com, in 2016 alone, the Waltrading Tannery Company exported by-products from making leather to Brazil for almost US$2 million. “Waltrading is just one company. In the midst of the pandemic, legal leather exports and their by-products are among the most important in [Paraguay],” the article stated. “In July, according to customs data, leather exports surpassed those of tobacco.” 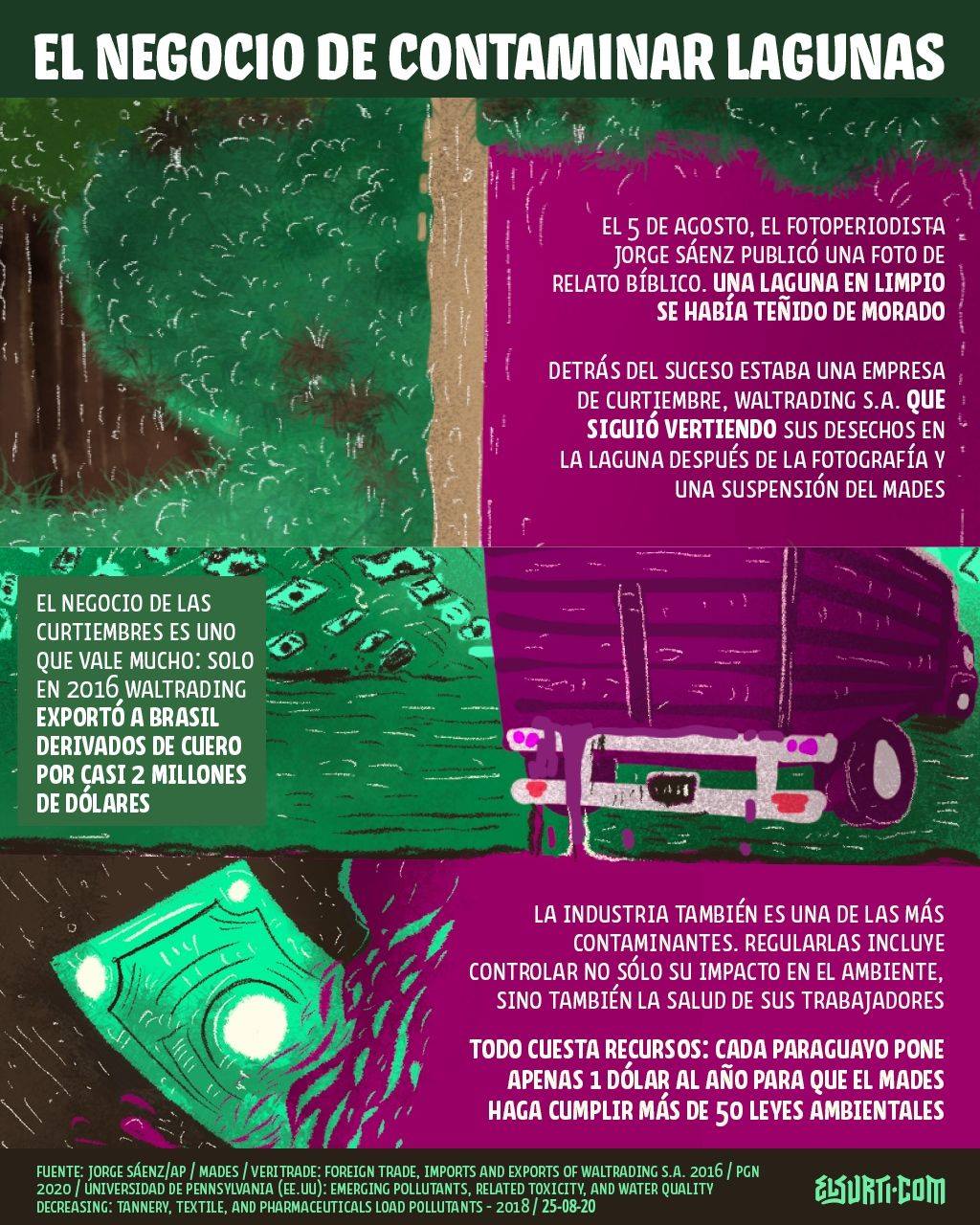 On August 21, Paraguay’s Ministry of the Environment and Sustainable Development revoked the environmental license for the tannery near the Cerro Lagoon and declared that it would need to close permanently. The best approach to decontaminate the lagoon is currently being evaluated.

Luis Argaña, the environmental director for the municipality of Limpio said, “The damage done to the lagoon is so great that all aquatic life in the lagoon has died. The only solution is to remove all of the water from the lagoon and replace it with clean water.” Due to a lack of funds in the municipality’s budget, they may ask for financing from outside sources.

Rufino Leguizamón, a spokesperson for the Limpio protesters, said that without Sáenz’s photo, DiCaprio’s reshare, and coverage of the contaminated lagoon by local media, the Waltrading Tannery Company would still have impunity.

“[The tannery company] has taken advantage of the fact that, with the pandemic, we cannot take to the streets for large protests, and they ignore our complaints and concerns,” he said. “That’s why the work of journalists, who bring visibility to environmental crimes and acts of corruption in this era of coronavirus, is so needed and valuable.”

Main image: Photograph by Jorge Sáenz. Image in the text: Infographic by ElSurti.com 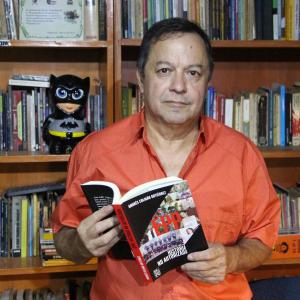