Journalists of the month: Olufemi Akande and Abdel Aziz Hali

This month we’re featuring two journalists of the month, Olufemi Akande and Abdel Aziz Hali. The two journalists are fresh off 10 weeks of covering the United Nations General Assembly as Dag Hammarskjöld fellows, which is an opportunity they found on IJNet.

Every year, the Dag Hammarskjöld fellowship chooses four journalists from Africa, Asia, Latin America and the Caribbean to attend the UN’s meetings on world issues, such as conflict, security and gender equality.

Akande spent time reporting on issues that affect Africa as a broadcast correspondent for TVC News in Lagos, Nigeria. From what women’s rights activists at the UN had to say about Boko Haram to the conflict in South Sudan, Akande continued to produce videos for TVC throughout his fellowship.

Likewise, Hali of La Presse Tunisie wrote news stories and analysis of issues surrounding his home country of Tunisia and beyond. He filed stories on the UN Security Council, Noam Chomsky’s discussion on the Israeli-Palestinian conflict and how to tackle Ebola.

The two fellows sat down with IJNet to discuss what stories have shaped their careers and how they continue to grow as journalists.

Tell us a little bit about your reporting and a favorite story you wrote.

Abdel Aziz Hali: Before the revolution [in Tunisia], I worked with a local magazine. Then during the revolution, I worked for the newspaper La Presse. After the revolution happened, we had freedom of speech and became real journalists. We covered demonstrations. I covered the revolutions in Libya, Egypt and Tunisia. It was a great experience.

A favorite series of stories I wrote was called, “Once upon a time, there were two revolutions,” and it was about the influence of social networks and bloggers on the revolution.

Bloggers did a lot of good work to inform people. There was a blockage by the regime and the only window to see the reality was the social networks.

Olufemi Akande: I’m a reporter who covers general issues. I don’t have a particular beat. I report on stories on business to politics to feature stories with human angles. 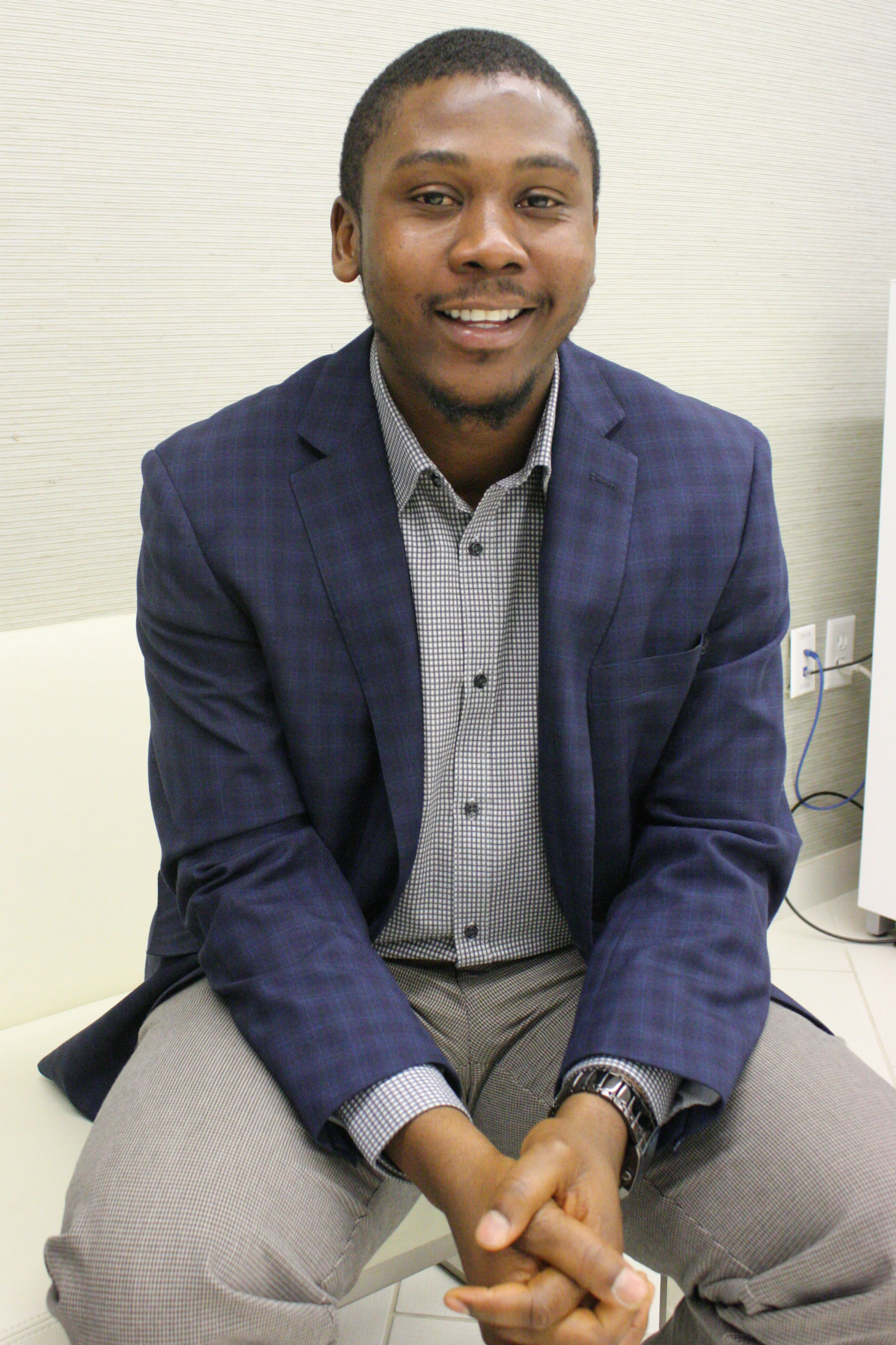 I did a lot of stories there. I saw displaced persons, children suffering from malnutrition and extreme poverty. I saw a lot of death and people being killed because of their faith.

One of the stories that really did it for me was going into the camp of the Christian militia group Anti-Balaka. It was daring on my part to go into their camp because it was very risky. A French journalist was killed trying to do this. Their camp was very far into the bush where there was nothing. There was no telephone network or anything. If anything happened, it would’ve been very hard for me to call for help or send an SOS.

I could see their camp, how they lived and see them with their weapons. I was also allowed to see their recruitment process and how they trained their soldiers. I was able to have a one-on-one interview with their commander. This was a big deal because when I sent the report, everyone said, “Wow, how did you go there? Weren’t you scared for your life?”

Of course I was scared for my life, but I wanted to get that big story. I just had to.

AAH: You have to know that IJNet is like the bible – or the Quran for me – as a journalist. Every day before going to my job or my office, I open IJNet to see the opportunities. You can find everything.

I am due to IJNet because I won the Anna Lindh journalism award in 2011, which is like the Pulitzer Prize Award for the European, Middle East and North Africa. I won in the Democracy and Social Change category. I found this award through IJNet, and I found the [Dag Hammarskjöld] fellowship through IJNet.

OA: Every serious journalist visits IJNet at least once a day. Apart from the opportunities that exist on IJNet, there’s also knowledge. You can learn how to use new tools and get new skills. Technology is changing the way the newsroom operates. IJNet is keeping journalists informed and helping them adapt to the evolution of technology.

IJNet is just like a knowledge base for journalists. I also found the [Dag Hammarskjöld] fellowship through IJNet.

What is your advice for young journalists?

Young journalists should be proactive. They shouldn’t be passive.

OA: Be steadfast. Journalism is for serious-minded people. Most times, you don’t get the rewards for your efforts instantly. You have to toil, toil and toil for years before you get it. Don’t give up easily.

Also, tell your audience the truth no matter what. Sometimes there are people who will want to dilute the truth, but don’t let them. Always tell the truth.

In the video below, the journalists of the month talk about what they did as Dag Hammarskjöld fellows.