During the pandemic, as authorities around the world provided relief to small businesses affected by shutdowns and restrictions, one Lagos-based media organization funded journalists in Nigeria to investigate whether the government was indeed keeping to its promises.

Through its COVID-19 Reality Check project, the Wole Soyinka Centre for Investigative Journalism provided grants for journalists from local newsrooms to report on different aspects of the government’s interventions during the pandemic.

“We saw a trend and we saw a need to change our program focus for the year to be able to respond like every other sector, like the health and education sectors, in ways that help,” Motunrayo Alaka, the Centre’s coordinator, said. “We wanted to know the realities of people in terms of warfare, water and sanitation, security accessibility, education, and supply of electricity and the healthcare system. Are they in tune with the realities of the people? Are the people experiencing this?”

COVID-19 Reality Check has funded stories about the pandemic’s impact on women health workers and religious gatherings, as well as how people defied lockdowns and restrictions to host weddings and funerals.

“We reported how young people are more carriers of the virus and the old being more susceptible to death when they contract the virus; how people violated the interstate travels and how the security forces were complicit in this, and the use of funds and the transparency in sharing of the palliatives,” said Alaka, adding that the Centre understood from the beginning that COVID-19 was a moving train and that, if you wanted to catch it, you needed to jump on.

“In-house, we decided to take the risk. Ordinarily, we are an organization that is focused on investigative reporting. But for COVID-19, we realized that the most important issue for that time was access to information,” said Alaka. “We tweaked our focus as an organization a bit to be able to respond to the moment and to be able to deliver for Nigerians.”

Supported by the MacArthur Foundation, Alaka said the funder’s flexibility allowed them to change the program’s direction in the middle of the pandemic, making the COVID-19 Reality Check project possible. Local journalists interested in receiving funding submitted an application, and upon review by a selection committee, successful candidates were then paired with mentors who assisted them during the reporting process.

“The fund was really helpful in doing the reports,” said Juliana Francis, one of the journalists supported by the project to report on cases of rape and hospital deaths during the lockdown. Another journalist, Sharon Ijasan, an education reporter at Television Continental, covered how the homeless community in Lagos was at higher risk of contracting and transmitting the virus.

The work wasn’t easy. “Investigations take time and require a lot of documentation,” Alaka said. She noted that engaging reporters for the project was difficult during the pandemic as they had to deal with travel restrictions and their financial wellbeing.

“We encouraged reporters to still keep the investigative flare, but more than anything, we wanted correct and accurate information to come out of this. Not just for the people, but also for the government,” she explained.

There were policies the government put in place that simply weren’t effective, Alaka thinks.  “Our intervention reported cases of violations of travel restrictions in many parts of the country. Government needed to know that what it had put in place was not working,” she said.

Since the project started in April last year, journalists have produced about 100 stories on a variety of issues across the country. “We believe we achieved the access to information goal of the project,” Alaka said.

Patrick Egwu is a Nigerian freelance journalist based in Johannesburg where he is currently an Open Society Foundation fellow on Investigative Reporting at the University of Witwatersrand. He has been published by a number of publications, including Foreign Policy, NPR, African Arguments, Daily Maverick and Rest of World. 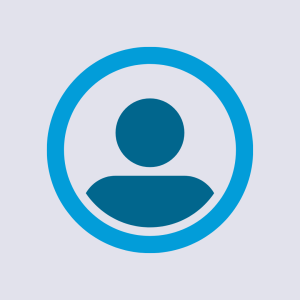