As a teenager in Salvador, Brazil, Paulo Rogério Nunes never imagined himself attending college to study journalism and communications. He did not know anyone who had attended college and his suburban neighborhood didn’t even have a newspaper stand.

But today the Afro-Brazilian and former Fulbright scholar is co-founder and director of one of Brazil’s most influential Afro-Brazilian media companies—Instituto Mídia Étnica (Ethnic Media Institute). Although more than half of Brazil’s 200 million people identify as Afro-Brazilian, this representation is not reflected in its media.

Nunes, 34, and his team of nine, have built an organization that produces Afro-Brazilian content and journalism on its site Correio Nagô, trains citizen journalists and teaches entrepreneurship. On the eve of the 127th anniversary of slavery’s abolition in Brazil—May 13—Nunes explains why he started the Instituto Mídia Étnica 10 years ago, how it's evolved and where he see's it heading.

IJNet: What is the black movement within Brazil? How did it inspire you to start Instituto Mídia Étnica?

Nunes: In 1974 we had the first big black movement in Brazil. You call it civil rights movement in the U.S. It's called Movimento Negro here. It includes black activists, professionals and the media. I first encountered it at the Steve Biko Institute, which helps black people get into college. There was one class that they had on black leadership in universities and colleges and they trained people on skills to be leaders in the future. When I got to college, I was shocked because there was no discussion about the black movement. There were no black professors in the college. So we decided to create an organization to start more discussion about ethnic inclusion in communications.

What was your vision when you first started Instituto Mídia Étnica?

We started doing a protest and going to some media outlets to show that we are not happy with the lack of diversity. Then we decided to change the strategy because it was not really changing anything. We decided to talk with our black students of journalism, advertising and cinema about how we can be better and write more about our stories. We started our website in 2008 – Correio Nagô. We are one of the few sites in Brazil to cover black issues because there is no black media here in Brazil. From there on, we were the first black organization in Brazil to use Twitter, Facebook, Orkut and Youtube.

What does Correio Nagô mean? Why did you name the news website that?

Correio Nagô is a common term in the state of Bahia and it means "word of mouth." Nagô is a Yoruba word and during slavery word of mouth was the way to communicate. We decided to name the site this because we wanted to show our audience that we want to represent their voice.

If a reporter wants to keep track of the biggest news in the black community in Brazil, what sites should he or she read? 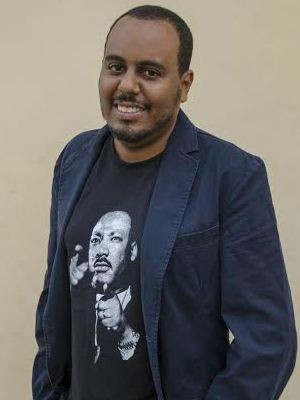 What projects does Instituto Mídia Étnica currently have running?

For content, we always have the website correionago.com.br. Then we also train people to be citizen journalists and entrepreneurs. We are starting an Afro-Hacking group to get younger people involved in building technology platforms and devices. In the future we hope to have a co-working space for journalists and creatives. Our latest project is Vojo Brasil, which allows people who live in rural or impoverished areas but don't have a computer, tablet or smart phone to create content without the Internet. People can send messages to the Internet through a landline or public phone.

What is the business model of Instituto Mídia Étnica? How do you pay for everything?

We are a nongovernmental organization (NGO), so we rely on grants. All the support we have is mostly foreign support, NGOs and foundations from the U.S. The first money to come into our account was four years ago, six years after we started. It’s difficult for black organizations to be sustainable in Brazil because the bureaucracy is too big to get money from the government. The companies don't care about the black community and the international organizations sometimes don't think there are black people in Brazil. For Correio Nagô, we tried to get advertising and we had events with advertisement companies. We rented a nice place and invited them for breakfast and showed them the numbers for the Afro-Brazilian market. And they said "Oh yes let's try,” but nothing happened afterward.

Why wouldn't you move to Instituto Mídia Étnica Rio or São Paulo where there is greater access to money?

What are the results of these programs at the Instituto Mídia Étnica?

We’ve trained more than 1,000 people. We’ve produced hundreds of videos. We’ve produced documentaries. Communication is something that is hard to measure. But we think we are committing to the change of the mindset of the people in Brazil. We want to represent black people and be their voice.

What is your ultimate vision for the organization?

My vision for the organization is to have several media centers in the state of Bahia or in Brazil that can allow people to go there to get skills in media. Nowadays you don't need to be a journalist to interview someone. You don't need to be a journalist to make a small documentary. I want to have lots of media centers, where you can have co-working spaces, and where people can develop apps and startups. We want to produce quality content that can reach the potential of the 100 million people who identify as Afro-Brazilians. We have been covering the black community for 10 years. We know there is a lack of coverage of the stories. We understand this is the time to make it happen.