Journalist's disappearance in Brazil shows risk of reporting in the Amazon

They disappeared Dom. That was the first thought that crossed my mind when I learned about the disappearance of the smiley British man whom I met at Copacabana beach back in 2018 surfing on a stand up paddle board. Dom Phillips, an experienced reporter, was accompanied by Bruno Pereira, one of the greatest experts in the Amazon region, where both went missing without a trace on Sunday, June 5.

After a couple of phone calls that mostly rejected the hypothesis of an accident, a friend of mine told me that some local residents had conducted a painstaking search in the surroundings. They found nothing. Then that same thought came to my mind repeatedly: They disappeared Dom.

Reporting on the Amazon has always been a hard, dangerous task, but it has become particularly lethal in recent years. In 2021, the number of deaths caused by conflict in local communities increased by over 1000% from the prior year. Eighty percent of the violent deaths in rural areas in Brazil take place in the Legal Amazon region. It was a matter of time until something like this occurred.

[On June 15, 2022, ten days after the disappearance of Dom Philips and Bruno Pereira, the Federal Police of Brazil confirmed that the two were murdered and their bodies found.]

Three years ago, Dom Phillips attended an event with President Jair Bolsonaro. He questioned Bolsonaro about the rising and disturbing deforestation in the Amazon. He talked about the dismantling of the law enforcement meant to protect the environment. He commented on the criminal links between officials, the minister of the environment and illegal loggers. Contemptuous as usual, Bolsonaro said: “The first thing you must know is that the Amazon belongs to Brazil, it doesn’t belong to you.”

It is unclear who Bolsonaro was referring to by saying “you,” but the thing is, the Amazon no longer belongs to Brazil. Today, as rescue teams searched for Bruno and Dom, continental areas of the rainforest are in the hands of domestic and foreigner raiders.

The Amazon region nowadays is a kind of anarcho-capitalist territory where illegal gold miners, land grabbers, indigenous people and waterside communities dismissed by the government and corrupted by crime coexist. Drug dealers have taken control of rivers in the Eastern Amazon, mainly for shipping the cocaine used by the Global North. Parts appear like an actual dystopia, a Mad Max along the river encouraged by the government.

Bolsonaro has never concealed how much he dislikes indigenous people. In the past, he said he was sorry because Brazil hasn’t “decimated” its native population like the U.S. had. Whenever he can, he expresses his admiration for illegal gold miners. Not coincidentally, Bolsonaro’s father, Percy Geraldo Bolsonaro, was a gold miner at Serra Pelada, one of the biggest gold mining areas in the world. While Bolosnaro’s politics are clearing the way for those who plunder the rainforest, harsh words are reserved for journalists and activists like Dom and Bruno.

This is why the lethargy shown by the rescue teams led by the government was not surprising, and can be seen as the expected result of the morbid situation Brazil has gotten itself into. By Monday we already knew the lives of Bruno and Dom were under the pressure of time. The Brazilian army response was one to feel hatred toward: in a statement, they said they could begin to search for the missing two, but were waiting for a mandate from officials.

The mandate came late even as the government lied twice. First, they said Bruno and Dom had not told anyone about going into the forest, and they later claimed to be intensively using helicopters to search for the two, though these were not seen by anyone in the area. By the time the government acted, after endless days in the jungle, it would be nearly impossible to find both alive.

Bolsonaro and his crew have treated the press poorly since he first took office. In 2018, while saying he advocated for press freedom, his campaign actively worked to crack down this very same press freedom. In the meantime, he was creating hoaxes, and ripping off data from mobile phones for his propaganda. The vice president’s party funded the biggest misinformation network in Brazil, which was later taken down by Facebook.

Dom Phillips is the author of the unfinished book “How can we save the Amazon?” This why he had traveled into the rainforest. [When Dom's fate was still to be determined I had hoped] to give him a hug at his book signing. Despite the horror surrounding us right now, they can't stop us from dreaming yet.

On June 15, 2022, the Federal Police of Brazil confirmed that the two were murdered and their bodies found. Two suspects have been arrested, and the motive for the murders is currently under investigation.

Photo by Pio Ordozgoith on Pixabay. 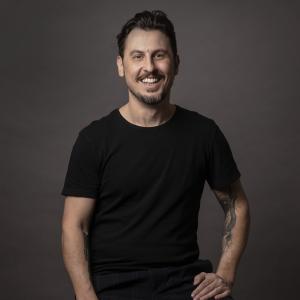 Leandro Demori specializes in investigative journalism. He was executive editor of The Intercept Brasil website, and is editor of the Newsletter The Great War.