From widespread protests and violence, to soaring inflation, lack of essential items, and the torching of houses, Sri Lanka remains in a state of turmoil and uncertainty.

Gotabaya Rajapaksa continues on as president despite the public’s overwhelming desire for his ouster. A new prime minister and cabinet members have been appointed, but a lot remains unknown. No one knows when tensions will calm.

To understand more about the latest developments, I got in touch with Chandani Kirinde, an award-winning journalist with over three decades of experience reporting on political and social developments in the island nation.

Kirinde shared with me her insights on events in the country, and offered advice for how local and international journalists alike can best carry out their reporting of the ongoing crisis, and keep themselves safe.

How has the situation changed on the ground since Prime Minister Mahinda Rajapaksa resigned?

The situation on the ground has not changed much with the continued shortages of essentials including fuel, domestic gas, medicines, milk powder, et cetera. Power cuts are a daily occurrence. Protests, too, are continuing while price hikes are also a regular feature.

On the other hand, there is more international engagement now and progress made in obtaining foreign aid to stabilize the economy and meet the urgent needs of the public.

What is your take on the recent appointment of Ranil Wickremesinghe as Prime Minister?

Wickremesinghe, with a single seat in Parliament, was not seen as a serious contender for the post and his appointment caught everyone by surprise. Taking up the post of Prime Minister is a tough job given the situation in the country. Wickremesinghe’s appointment has been well-received internationally, but the response locally has been lukewarm. His critics say that by taking up the appointment at a time when there is a growing public demand for the president to step down, he has given a lifeline to the Rajapaksa family. Others argue that given the doldrums the country’s economy is in, he has come forward to take up the challenge when others were shying away from it.

Politically for Wickremesinghe, it’s a win-win situation, given that he has been in the political wilderness after the dismal performance of his party, the United National Party at the 2020 parliamentary poll. If he manages to stabilize the economy, then he’s a clear winner, and even if he fails to achieve much, he can always fall back and blame it on the president and the previous government.

There have already been a variety of attacks against journalists. Is this likely to continue?

There is increased surveillance of journalists, particularly after the start of protests calling for the president to step down. Media personnel have also been targeted while on coverage, falling victim to attacks, and manhandling by the police. A few times they have also faced the wrath of angry crowds in some areas of the country.

There seems to be surveillance of social media accounts of journalists going by the recent incident where a journalist was questioned by the police over a photograph he posted on Twitter. Another presenter working for a state-run television station was interdicted a few weeks ago after she raised questions about the president’s lack of competency in a social media post. Also, we had an incident where two parliamentary correspondents were intimidated and threatened by two ruling party politicians while they were engaged in their work. It’s likely we will see more of such incidents in the coming months as journalists are always an easy target.

Do you have any safety recommendations for journalists?

It’s important for journalists to always carry with them their media accreditation cards so that if they’re challenged, they can prove their identity. While on coverage, it is safer to wear the ID so that they are easily recognizable. Of late, media personnel have been given press jackets for easy identification and photographers/videographers have taken to wearing them. Given the volatility of the situation in the country at the moment, there are risks involved whatever safety measures are taken by them, like in any conflict situation.

There has been a great deal of international interest in Sri Lanka, and there are many foreign journalists who are in the country reporting the on-the-ground situation. Like for any journalist who is thrust into a situation they are unfamiliar with, there are many challenges they face and hence they depend heavily on locals to help them out.

While there have been misrepresentations of facts made in some of the reporting, generally the coverage has been satisfactory. Of course if one goes to analyze such coverage microscopically, examine each phrase or quote, one gets the feel that international reporters do not understand the situation wholly. For roving reporters who are in and out of international hotspots, it's mainly about getting the story out for a week or two before they get assigned to another place and hence they will not get the nuances of a story or situation like the local media does.

International reporters based in Colombo and longtime Sri Lanka watchers, on the other hand, have a good grasp of the events unfolding in Sri Lanka.

What advice would you have for international journalists currently covering the crisis?

International journalists must get the proper journalist accreditation before coming to the country. There have been instances where journalists have arrived as tourists and engaged in journalistic work which is dangerous. So far local journalists are the ones who have had to face threats, intimidation, et cetera. But this could change as the situation evolves.

Women journalists in particular will need to be extra careful as they could face harassment, as is common on the streets, and more so when they work in volatile situations [which] are a common occurrence now.

This interview has been edited.

Photo via Pexels by Eugene Dorosh. 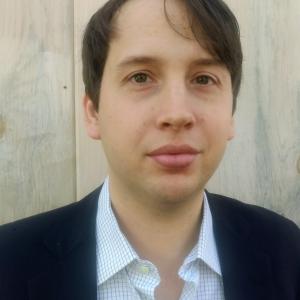 Taylor Dibbert is a Program Manager at the International Center for Journalists (ICFJ). Before joining the ICFJ team, he worked at the US Counsel on Sri Lanka, a DC-based advocacy organization.