Why collaboration is vital in the fight against disinformation

Disinformation remains a global problem knowing no borders — that isn't news. The key tactic for countering its harmful spread is collaboration among fact-checkers.

Take a case that occurred during our first few months running Factchequeado, a new initiative launched by Chequeado, from Argentina, and Maldita, from Spain, to counter disinformation circulating in Hispanic and Latino communities in the U.S. — which we’re so excited about!

On April 11, we published in Factchequeado the story of Ana, a Maldita reader, who matched on Tinder with 46-year-old Thomas Paul, a sergeant in the U.S. army currently abroad on a peace mission. Or so he claimed. “We started talking on WhatsApp and he showed me a kind of love beyond any logic because of its immediacy,” said Ana.

There was one major obstacle preventing them from being together: Paul said he was being sent to Ukraine and he would need more than 6,000 euros to return home. It was then that Ana realized she was being scammed. In reality, Paul’s Tinder profile featured photos belonging to American soldier Tyler Thomas, who has over 40,000 followers on Instagram.

This isn’t the first case of a fake Tinder profile. The tactic is known as catfishing: a scammer uses a false identity to approach a person and emotionally bond with them. They then request money to solve an “urgent” financial issue they’re up against. There’s a Netflix documentary about one of these prolific swindlers.

[Read more: These 6 newsrooms are creating innovative ways to combat misinformation in Brazil]

Since launching, Factchequeado has published fact checks on its website, social media and WhatsApp channel. It republishes its findings in other outlets, as well, through partnerships with dozens of fact-checking and media organizations in Hispanic and Latino communities throughout the U.S. This is how Enlace Latino NC, a partner media outlet in North Carolina, published Ana’s story on April 23.

Upon seeing the article, another reader, Alejandra, from Venezuela, contacted the Enlace Latino NC team: learning about Ana’s scam had helped her avoid one herself.

The case was almost identical. The man she was speaking with on the dating app MeetME told Alejandra that he lived in Syria, where he had been sent on a military mission. Distance was not the issue for her: relationships that start online can withstand this. There was something in the man’s tale that gave her pause. Also claiming to be an American army sergeant named Thomas, this seemed suspicious to Alejandra. Her gut was right: her match was not who he claimed to be.

“Since I had my suspicions, I started searching for this alleged sergeant online. That’s how I found the article that explained that the same profile of the man that was talking to me had tried to scam another woman,” Alejandra explained to Enlace Latino NC, with a mix of relief for having avoided a scam and worry for how similar ones may dupe other women. Her story was published last June in both Enlace Latino NC and fellow Factchequeado partner, El Detector de Univision, among other outlets.

Academic research papers, like this one and this one, have proven that fact-checking works: People are less likely to share content that a fact-checker has marked false or misleading.

These studies also warned that time matters. A lot. The sooner one reacts to false or misleading content, the higher the chances of stopping its harmful consequences.

Collaboration is not just an alternative approach —it’s a necessity in the fight against disinformation. Sharing verified content between countries, regions and continents is useful. There is value in building communities and trust.

We must work with others to better, more immediately serve and look after our communities when it comes to the vast amounts of mis- and disinformation circulating online.

If you’re a reporter, editor or owner of a media outlet serving Hispanic and Latino communities in the U.S., contact Factchequeado and join the team! 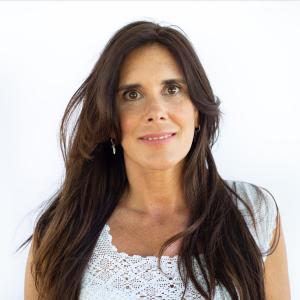 Laura Zommer, is the General Director of Chequeado, Co-founder of Factchequeado and an ICFJ Knight Fellow.