What’s working globally to save journalism?

Two years into the COVID-19 pandemic, news organizations large and small continue to face serious challenges: shaky revenue streams, changing reader behaviors and brazen government crackdowns. As the pandemic lingers on, the effects of emergency relief and long-term sustainability efforts — whether successful or not — have begun to play out for the journalism industry globally.

In a new report published by the German Konrad Adenauer Foundation, “Saving Journalism 2: Global Strategies and a Look at Investigative Journalism,” we dove into what interventions have made progress and what needs or obstacles still remain. The report builds on research from 2021 that analyzed the initial rollout of numerous interventions to support journalism, ranging across philanthropy, new business models, taxes on tech platforms, and public subsidies.

Here are some takeaways and comments from industry leaders interviewed for the report.

Despite considerable lobbying and threats from the two tech giants to close shop in the country, the Australia Institute’s chief economist, Richard Denniss, said that the News Media Bargaining Code worked. “Google and Facebook didn’t quit Australia as they threatened. A lot of money has changed hands and a lot of journalism jobs have been advertised. This proves the sky didn’t fall.”

The Code, however, did not benefit all news organizations equally, Denniss noted. “There is nothing egalitarian about the Code at all. Google and Facebook were forced to negotiate, and bigger outlets are getting a lot more money than the smaller ones.”

[Read more: Have digital native outlets become too dependent on grants? A new report has recommendations.]

This discrepancy reflects a lingering tension between larger, established outlets and smaller, more niche organizations. While journalism funding has increased in recent years, bigger and traditional companies have often benefited more from these new programs or policies. A key challenge to designing effective public policies is addressing the wide-ranging — and occasionally competing — needs across major outlets and smaller, local media.

Beyond Australia, the threat of new legal measures pushed Facebook and Google to commit further funds to journalism in countries seeking to adopt their own versions of Australia’s Code. In France, Google agreed to pay more than US$76 million to 121 French news publishers over three years, in addition to a US$593 million fine for not negotiating in good faith with news publishers. In Canada, Meta announced a three-year, CA$8 million investment to support Canadian journalism, in addition to partnering with 18 news organizations on an initiative to “contribute to the long-term sustainability of journalism in Canada.”

Acknowledging that these payments from Meta and Google were better than no payments at all, experts interviewed asserted that a tax on tech would be a more effective approach than Australia’s flawed Code. Further taxes on these companies, or online advertising, with some revenues earmarked to support quality and civic-minded journalism, would offer more transparency and independent oversight over these funds, they said. “A tax on Google and Facebook would have been better, but the Conservative government will not tax Google and Facebook,” said Denniss. “We had a unique opportunity to force their hand globally.”

Alternatively, instead of government taxes, The Conversation’s Andrew Jaspan proposed “a voluntary agreement with Google and Facebook to pay a ‘levy’ to an independent fund,” which would address market failures such as coverage of rural or regional news, courts, police, local governments, and specialized reporting on topics like science, health, and the environment.

In France, the government passed a one-time tax credit in July 2020 for new subscribers to shore up the declining media industry with additional revenue. However, the credit did not go into effect until May 2021, nearly 10 months later. It complemented a wider array of emergency measures, cross-cutting economic efforts, and a recovery plan adding up to €483 million.

While the measures have indeed helped to sustain the struggling news industry, a French Senate report called for philosophical change in the industry to adapt to shifting reader habits and to mitigate continued dependence on public funding as a risk to media independence. Before the recovery plan, public aid to the news industry already represented more than 20% of the sector’s revenue — a six-point increase over the last decade. As the report emphasized, a major evolution is necessary to prevent public aid to the news industry from becoming an increasingly vital revenue source that masks deeper, structural issues of declining distribution and an overemphasis on print rather than digital news.

In Indonesia, as my colleague Matthew Reysio-Cruz reported, the government announced a journalism stimulus in July 2020 with tax credits and direct subsidies. The policies abolished the value-added tax for print news, suspended electricity charges for media, decreased corporate taxes by 50%, and exempted income tax for employees earning up to 200 million rupiah (US$14,000) annually. Additionally, the government subsidized outlets with direct payments, conditioned to the monthly publication of a certain number of COVID-19 stories, such as on social distancing, handwashing and mask-wearing.

These policies were controversial. While some credited them with saving the pandemic-era journalism industry, others objected to the direct government influence on what subject matter was covered. M. Taufiqurrahman, editor in chief of The Jakarta Post, Indonesia’s largest English-language daily, thought the cash infusion in return for content was helpful for the news outlet. “Organizationally, it helped us get through the pandemic,” he said.

On the other hand, from the perspective of Abdul Manan, former chair of the Alliance of Independent Journalists, the government subsidies were “not healthy” for the news industry. “Government and media are two different entities with different roles. It’s very important to have a clear separation,” he said.

[Read more: This outlet in Ukraine revamped its focus to generate revenue]

While more funding is necessary, it is not sufficient alone to sustain quality, independent journalism. The most important dimension of a thriving media ecosystem must be respect for freedom of expression. “Without respect for fundamental rights and media freedom, no amount of funding or focus on the future will ensure genuinely independent journalism,” a recent report by the Forum on Information and Democracy explained.

For scale, public support and political will are vital

Large investments are needed to scale any business; journalism is no different. Effective, publicly supported programs are not easy, and there must be sufficient public recognition of the need for journalism as a public good. In the U.S., New Jersey brought together a group of public universities and foundations to create a Civic Information Consortium — the first of its kind in the country — to dedicate public funding toward addressing news deserts and misinformation in the state. After providing US$500,000 in grants in 2021, the consortium will increase its funding in 2022.

Transforming journalism from the ground up

For Angelica Das, associate director at Democracy Fund, building trust and providing readers information they truly need is critical. “There is not a single tool or process to save or transform journalism, but rather a need to flip the script and look from the ground up,” she said. “Are you earning trust? Are you inclusive? Are you culturally relevant? Are you meeting basic information needs? If you are not meeting the basic needs of daily life, then you cannot build an audience for news or generate revenue.”

Photo by Thomas Charters on Unsplash. 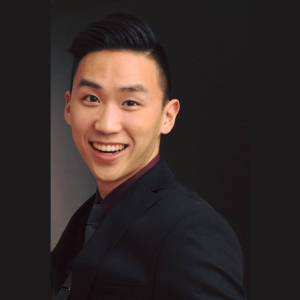