As North American media are changing the ways they deliver news to their audiences, the newsrooms themselves are also evolving.

While the typical newspaper staff still tends to consist of white men, the new media industry has introduced new possibilities for reinventing the definition of a journalist. It is not just about how news are being delivered, but who is delivering it.

Elizabeth Plank embodies this new generation of journalists. The 28-year-old French Canadian started at Mic as an intern in 2013. In two months, she drew one million users to the website. Now a senior producer at Vox.com covering U.S. politics, she is keen to make a change in her industry.

In 2015, the percentage of minority journalists working for daily American newspapers was at a mere 12.76 percent and women made up just 37.1 percent of newsrooms, according to the American Society of News Editors (ASNE) census. For perspective, minorities make up 37 percent of American society as a whole, according to the U.S. Census Bureau — and are projected to outnumber the rest of the American population by 2060.* It’s clear from these numbers that American media have a diversity and representation problem.

But Plank said she is optimistic about the democratization of media and journalism. She’s seen more heterogeneity in newsrooms and thinks it will have an impact not only on news, but on our democracies.

“I find it exciting that we have more diversity of voices and perspectives,” she said. “That [diversity] makes our entire society richer because we are holding public officials accountable and we’re doing the job of media, but we’re doing it in a way that reflects population.” 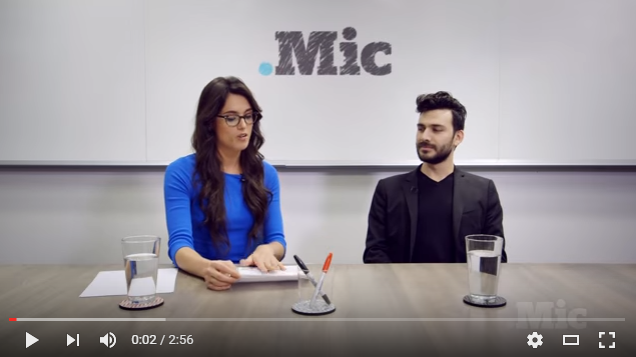 Plank said she thinks journalists should share their own points of views. At Mic, Plank talked about women’s reproductive health in American society at a time when the issue was particularly prominent — one of her most widely known pieces is a video asking men to draw vaginas.

Plank told IJNet she was an activist before becoming a journalist. As a research assistant and behavioral science consultant at the London School of Economics, Plank knew she wanted to make a change in the world. She started a petition against skirts for female boxers that went viral. From there, she began writing op-ed pieces in The Huffington Post. She ended up leaving her job in academia, realizing that “using journalism was just the best medium” for her.

Today, Plank is not shy about her activist stance, and works to elevate the voices of those who are often not heard.

“I think it’s important to realize what biases we have and what perspectives we have, so I’m very clearly a feminist,” she said. “I think every journalist is in a way an activist.”

*According to the U.S. Census Bureau, a “minority” in the U.S. consists of any group other than non-Hispanic White alone.