Tips for developing a fact-checking project

Just a few days before the TruthBuzz challenge closed its deadline, IJNet Spanish organized a live chat with experts from Argentina, Colombia and Uruguay focused on developing fact-checking projects.

Zommer said that the most important aspect of running a fact-checking site is the transparency with which it must be handled from its beginnings and with its community. This includes the verification method, the limitations of the person who fact-checks ("you can't always reach the categorical conclusion that people expect with the available data"), and the financing of the site and its staff.

She pointed out that it is equally important to "decide the right tone" to interact with the target audience, and said it's "vital" to remember that these projects are not intended "for leaders to love us."

Posada explained that it is necessary to be clear about the "pact" that the project will establish with its audience, which implies "the method of fact-checking and the policy of corrections."

Before launching ColombiaCheck, his team worked producing content for two months, as if the site were online. "It was a learning period based on trial and error," he said.

The method begins by choosing wisely what to check. According to Posada, it is necessary to be "strategic" in that decision.

For Zommer, it's not enough to be "autonomous and non-partisan," but also appear to be, so it's vital to check leaders of all the political spectrum at the right time. "The closer their statement to its fact-checking, the more impact it will have."

Chequeado has a very specific methodology, which they explain through a course that they hold twice a year.

According to Zommer, the eight-step methodology involves consulting the person to be checked (after having selected the statement to be analyzed), reviewing both the official source and other alternatives (such as experts, universities, consultants, NGOs), put the data into context ("this is the most relevant!"), and then "confirm, relativize, deny and grade, if we decide to work with grades," something that not all fact-checkers in the world have implemented.

Since ColombiaCheck and UYCheck were projects inspired by Chequeado, their methodologies are quite similar.

"In our case, we talk to the person we are checking, we go to public sources, non-governmental sources and we make technical enquiries to experts about the subject we're working on," Sugo explained. They devote quite some time to this process, he said: "it's the guarantee that the research will be well done."

Some tasks involve extra efforts, such as conducting a live fact-check. "This requires the team of checkers to have some experience, because there's always a better chance of being wrong" Zommer said. In Chequeado they prepare for this type of events with volunteers called specifically for each case: "experts of different subjects, journalists of diverse media and students." You can access a video of a live fact-check of President Cristina Fernández de Kirchner here.

For Sugo, from UYCheck, the success of a live check will depend largely on the work done previously: "to generate capacities to predict what the person is going to say and to know where to find that information you need."

In addition to becoming a regional model, Chequeado is one of the sites that has had a major development. "We started out as three and now we're 16: a team of eight full-time and eight part-time staff," Zommer described, noting that not everyone is engaged in writing. Part of the team works in education, innovation and institutional development programs from where they seek funds. The editorial staff consists of six journalists, an editorial innovation director and Zommer, the executive director.

ColombiaCheck and UYCheck work with fewer staff. The latter hires seven people. "Unlike many fact-checking projects, in the team we only have one person who is training as a journalist. The rest comes mostly from the social sciences," Sugo said.

The ColombiaCheck team is even smaller: two journalists, an intern and an editor, as well as a designer and a community manager from Consejo de Redacción, who works part-time.

"There is no fact-checking organization in the world that makes money with this, but there are many that, as Checkeado, have developed a sustainability model that has allowed us to do our work for several years," said Zommer, who also mentioned AfricaCheck, Fullfact and Politifact.

For Posada financing is "the million-dollar question." ColombiaCheck continues to depend on international cooperation, although the "sponsor" organization, Consejo de Redacción, has allocated some resources for the second year of the project. In addition, the site has held training workshops that make for some extra income. However, ColombiaCheck is still far from supporting itself.

In UYCheck the situation is quite similar. "What we do is develop other projects that allow us to obtain financing and thus support for UYCheck, which is the project of our civil association," Sugo said. They also sell specific fact-checks to some media. One advantage of the site is that working with many volunteers does not generate very high costs.

Chequeado added the special section #FalsoEnLasRedes to address the fake news problem. "Our work can contribute to having more alert and critical citizens," Zommer said. But she doesn't believe that fact-checking sites can prevent what happened in the United States, where the 2016 election campaign was tainted by fake news. "People do not decide their vote based on evidence but on other factors."

Posada sees the situation in a similar way, and said he doesn’t think it’s appropriate to have fact-checking sites take the responsibility to ending the trend of fake news. "We are one more element of an ecosystem of truth that must be strengthened." 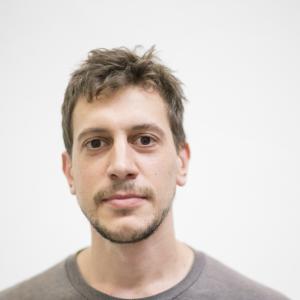