The media in Lebanon: One year after the Beirut blast

On August 4, 2020, an explosion at the port of Beirut shook Lebanon’s capital, killing more than 200 people, wounding thousands more, and flattening the surrounding homes and businesses. The shock of the explosion, caused by hundreds of tons of improperly stored ammonium nitrate, reverberated across a country already reeling from decades of government corruption, financial mismanagement and abuses of power.

One year later, many of Beirut’s affected residents are still struggling and homeless. Victims of the blast, and those across the country still have no answers as to the cause of the explosion or those behind it. However, successive and overlapping crises have seen a shift in Lebanese civic and media spaces, with a growing call among citizens for accountability and change.

Lebanon’s media scene is witnessing its own revolution as it contends with a changing reality on the ground and the evolving needs of its audiences. IJNet interviewed journalists, media advocates and civil society actors in the country to see how, one year after the blast, journalists have been impacted by the ongoing crises, what the future of Lebanese media looks like, and what hope is left for the country.

Towards accountability journalism, for now

Despite its vibrant civic and media spaces, Lebanon does not have a strong culture of accountability. A policy of collective amnesia instituted at the end of the country’s 15-year civil war granted amnesty to perpetrators, effectively allowing warlords to become politicians — many of whom remain in power today.

A notable recent change in Lebanese news media has been a transition towards investigative reporting. According to Ayman Mhanna, executive director of the Samir Kassir Foundation, a Beirut-based freedom of expression NGO, news organizations can no longer afford to ignore the resounding calls for accountability.

Even traditional media outlets, the majority of which are owned by or affiliated with powerful political parties and their leaders, have had to shift their reporting priorities. Placing politicians at the forefront of news coverage instead of issues that matter to citizens was “no longer tolerable,” said Mhanna

Journalists working with traditional broadcast channels, such as Al Jadeed and MTV, are going beyond simple coverage of events, digging deeper into systematic flaws in Lebanon’s political infrastructure. Mhanna pointed to the recent wildfires spreading across the north of the country. According to Mhanna, the investigations MTV conducted prior to the wildfires warned that the fire department was poorly equipped to handle such a disaster.

Though this is a promising direction for the mainstream media, Mhanna suggested that it’s still unclear whether it will continue. The true litmus test, he said, will be the upcoming general elections in 2022. “It is extremely important that once the elections are scheduled that [these] media outlets don’t revert back to their old way.”

Layal Bahnam, a program manager at the free expression NGO Maharat Foundation, noted that investigative journalists still have a tough road ahead. Even as more journalists focus on accountability, the legal and professional environment is often not conducive to this kind of reporting. “Journalists don’t have access to information,” Bahnam said. “And even though there are some laws that can help them, they are not being implemented.”

The shift towards investigative reporting is further hindered by an uptick in lawsuits against journalists, a common tactic by authorities since the nation-wide protests of October 2019.

Elias Chahine , a veteran correspondent with MTV added that “there is not one week when journalists are not exposed to lawsuits because of their work.” Lebanese authorities are also holding journalists back for questioning and extended searches, and requesting information on sources, among other tactics, Chahine explained.

[Read more: How independent media in Lebanon covered the 2019 protests]

The anti-corruption protests that swept Lebanon in October 2019 saw alternative, digital outlets gain a stronger following. These include Daraj Media, a Lebanese digital outlet launched by veteran journalists, and The Public Source, which specializes in in-depth journalism. Both are leading the charge in investigative journalism.

Daraj Media co-founder Alia Ibrahim said that the organization has been leading large-scale investigative series, including one on the finances of Lebanon’s Central Bank Governor Riad Salameh, and another on international grants coming into the country following the blast. Even though Lebanese citizens are aware of the endemic government corruption, Ibrahim explained, the work of Daraj is to “put things on the record” and challenge the return to a business-as-usual mentality.

Research by the Maharat Foundation shows that alternative media are especially popular among the country’s youth, many of whom are increasingly disenchanted by the narratives of mainstream outlets that tend to tow sectarian and partisan lines. These outlets also represent a greater diversity of voices and a stronger gender representation than mainstream outlets.

Bahnam believes that alternative media will force traditional outlets to shift their agendas, thanks to their appeal to young social media influencers. One example is an investigation into the donation of 3,685 tons of tea to Lebanon from Sri Lanka following the Beirut blast. “People were asking what happened to the tea on Twitter,” Bahnam explained. “When the debate trends on social media, mainstream outlets have no choice but to report on it.”

The question of sustainability

Media in Lebanon are suffering from the country’s historic financial crisis. The depression, ranked among the worst in the world since the mid-19th century by the World Bank, has sent the local currency into a freefall while prices of goods and services skyrocket.

“Journalists whose salaries used to amount to US$3,000 a month are now living off of US$200,” Chahine said. This has forced news organizations across the country to make major cuts to their operations and staff. Many of the Beirut-based newsrooms and journalists impacted by the blast relied on  international aid and grants to recover.

For Nadim Ladki, editor-in-chief of The Daily Star, the challenge is compounded by shrinking advertising revenue globally, particularly in the wake of the pandemic. Ladki said he cannot guarantee that it will remain operational for more than another six months. “Unfortunately, things are reaching a stage where some reputable organizations are going to close down,” he added.

Fuel and power shortages also mean that journalists may not even be able to report on issues on the ground. “I don’t have enough fuel to drive up the street,” Chahine said. He had to rely on photos and videos sent by friends to report on the wildfires spreading in the North.

For many alternative outlets, access to funding is more challenging. Many refuse to resort to traditional revenue sources tied to businesses controlled by politicians. Lara Bitar, founding editor of The Public Source, stressed that financial sustainability remains a key concern. “Independent organizations need a lot of other kinds of support,” she said. “But none matter if we can’t sustain ourselves financially and cease to exist after a couple of years.”

Outlets like Daraj Media have seen some success in diversifying and adding production services and consultancies to their revenue sources. Ibrahim added that collaborations with independent regional and national outlets are also beginning to pay off. “Collaborations have helped us publish fascinating content. Our reach is wider when we work together and the impact is bigger,” she said.

For Mhanna, there is a silver lining to the challenges posed by the economic crisis on mainstream media. “Political funding and advertising doesn’t exist in a collapsed economy,” he said. This forces mainstream outlets to reevaluate their current funding models and shift towards the “more responsible and accountable journalism” that Lebanese audiences are demanding.

This is also a key transitional moment for international donors, as well as media support organizations like the Samir Kassir Foundation, explained Mhanna. The next step, he said, is to leverage the temporary availability of support grants and donations to invest in investigative and accountability journalism. “Even when these grants are over…we will have created a cadre of journalists who are equipped with the right tools.”

The mental wellbeing of journalists is also a common concern. “If you can imagine it’s bad, it’s actually much worse,” said Mhanna. “The support is nowhere close to the beginning of what’s needed.”

Lebanese journalists report from the frontlines of a financial crisis that has sunk 70% of the country’s population into poverty. Beyond witnessing the impacts, reporters are also living them. The result has been an exodus, with some moving to international outlets that pay in foreign currency and others leaving the country entirely. For the Daily Star’s Ladki, the ultimate casualty here is quality journalism. “If we can’t attract staff and improve working conditions, the quality of our content decreases, which means the number of subscribers is expected to drop as well.”

MTV’s Chahine, who has worked as a journalist for more than 45 years, feels as if there is no other choice but to go on. “I still go to work as if I’m earning my old salary, because I have to,” he said. “People are staying because they have no choice. There is no other solution but to do the work.”

Despite the daunting situation, some see a glimmer of hope in the future. “The Lebanese pride themselves on their resilience,” Ibrahim said. “But this time, people are saying enough with the resilience, we want more. We want a normal life.”

The Daily Star and MTV’s correspondent Elias Chahine were among the recipients of emergency funds from the International Center for Journalists and the Facebook Journalism Project immediately after the blast. 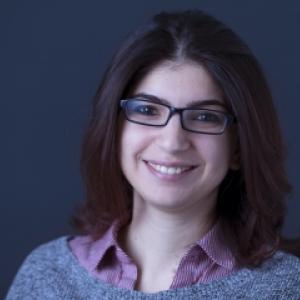