Every Saturday morning, residents of Mzondi informal settlement outside Johannesburg get Grassroot notifications reminding them of their weekly meeting. The agenda is usually development. In and through these meetings, these residents have built informal housing, dug their own water sources and built sanitation infrastructure.

The Johannesburg-based nonprofit, which builds tools for marginalized communities, in April launched LiveWire, a platform that helps undercovered communities engage with mainstream media.

Through the Grassroot LiveWire platform, community representatives can use the press alert function to create news alerts for media. The Grassroot backend then complements the alert with information on the group’s size and top-level stats about its prior activity, and, after a quick review, sends out an email to a list of news desks.

Mzondi is located in Ivory Park, a densely populated area sandwiched between the Johannesburg municipality and the Ekurhuleni municipality and occupied by more than 182,000 black South Africans. Twenty-seven percent of housing in this area are informal dwellings, including the Mzondi informal settlement.

The Mzondi settlement is home to around 300 shack houses which are serviced by four pit toilets that the community built. Two of these toilets have no roof. The structures are crude and unsafe, built on uneven surfaces with barely a foundation.

The community has been trying, unsuccessfully, to reach local government so that proper flushing toilets can be built in the area. The problem is that Mzondi, which was established two years ago, is not formally recognized by either Johannesburg or the Ekurhuleni municipality.

According to a GroundUp report, a representative for the Ekurhuleni municipality said they were aware of the recently established settlement and had obtained a court order in September 2017 to evict and demolish the shacks. When community leaders approached the Water and Sanitation Department about the lack of toilets in the community, they were told that the municipality can't build toilets in the area because of the eviction order.

Frustrated, the community assembled to work together to uplift their surroundings without the government’s help.

As Grassroot’s outreach coordinator, Katlego Mohlabane’s job is to find community leaders and onboard them onto the Grassroot platform. Katlego finds community representatives by engaging with local civic organizations.

Initially, communities are skeptical — “they’re worried about the cost of mobile data involved with using the tools,” he said. The team at Grassroot made sure that the platform works across any kind of data connection or phone type, a major hurdle given South Africa’s high mobile data costs. 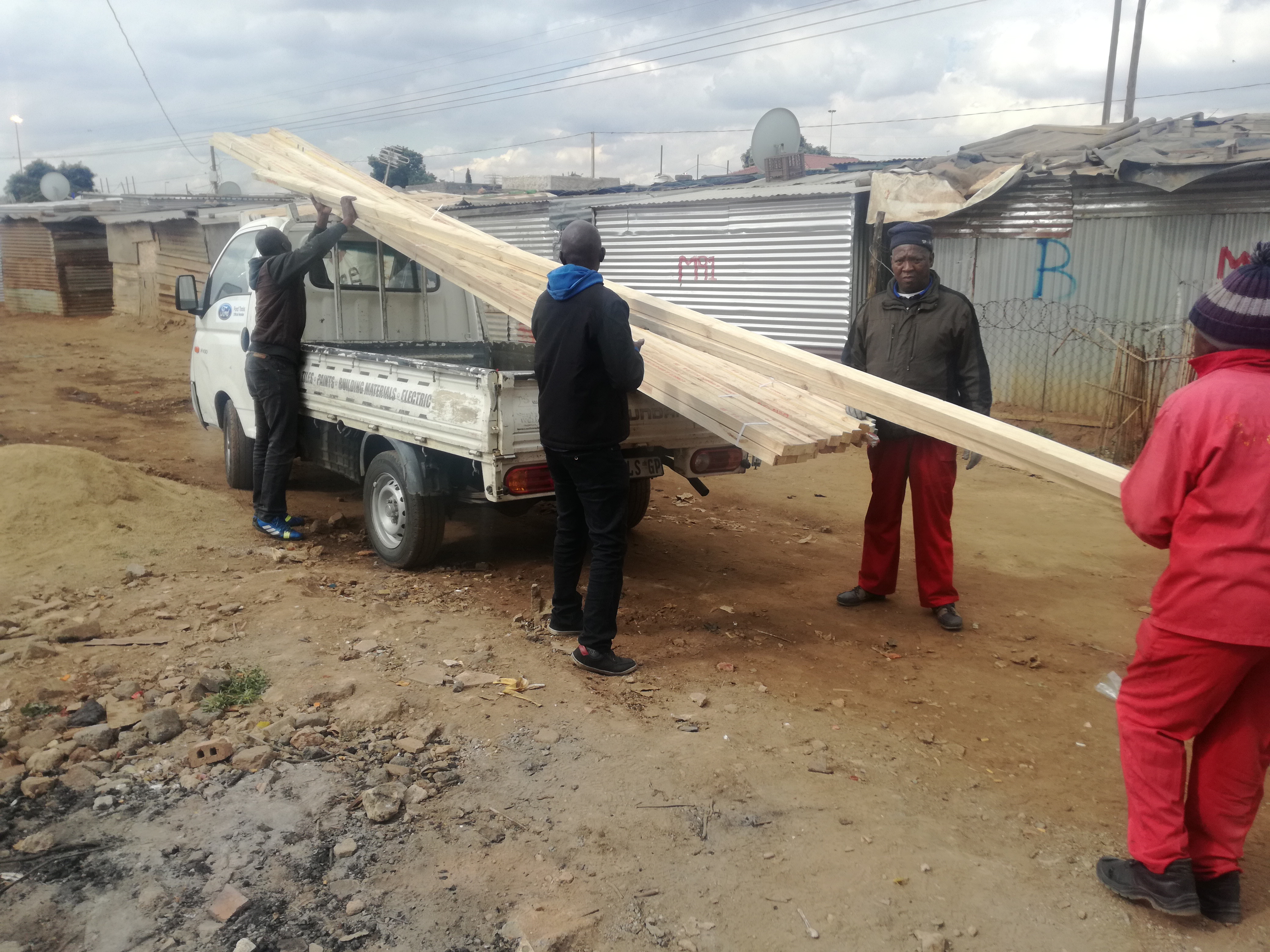 Mohlabane, who had been working closely with the Mzondi community, was impressed by its resolve. He suggested a crowdfunding campaign to help them raise funds to construct new toilets. He helped the community set up a Thundafund page and filmed a video of the leaders showing the toilets’ state. The Grassroot alert went out soon after.

For its first 52 days, the campaign had no backers; this lack of response disheartened the community. The situation improved dramatically when a journalist at GroundUp picked up on the story. Reporter Zoë Postman contacted Grassroot and, together with Mohlabane, went to meet the Mzondi community. Within one day of Postman’s story being published, the Thundafund attracted ZAR4,100 (US$300). By day two, they hit ZAR10,000 (US$745), and within seven days, they managed to reach their target of ZAR68,890 (US$5,100).

Postman, who’s new to Johannesburg, said she downloaded the Grassroot application to help her get leads and grow her contacts base. She normally receives two to three notifications alerting her to stories each week; about one of these notifications each week results in a story.

“I was new to the city and Grassroot helped me get leads and connect to people,” she said. “I like talking about this story because it’s the reason I got into social justice journalism. Seeing these people actually get to build toilets is amazing. I’ll be going back to do a follow-up story after the construction.”

Thanks to Grassroot’s tool, the community identified a contractor that has since constructed 30 toilets in the area. Once the settlement gets access to the local sewer system, the toilets will be fully functional, said Mohlabane.

LiveWire by Grassroot is a project funded through Code for Africa’s innovateAFRICA program.

Ashlin Simpson is a program manager for Code for Africa.