Journalists in Myanmar brave daunting risks to carry out their reporting

Many have fled, and those who remain face threats to their safety. Today, Reporters without Borders estimates that 70 journalists are currently in prison in the country. Some who were released from prison have recounted stories of severe torture. At least four journalists have died at the hands of the military junta, including two while in custody.

Among those who have faced threats is freelance journalist Nyein Nyein Aye, who was sentenced to three years in prison with hard labor. Reporters Maung Maung Myo and Aung San Lin received six years in prison each, while photojournalist Aye Kyaw died in custody within 10 hours of his arrest in late July.

Despite these horrific risks, many journalists see reporting on the military’s violence as a means of resistance against the regime. These include Thang Deih Tuang, who wrote under the pseudonym Vahpual until he left Myanmar in June. “I wanted to utilize [my skills] to fight against the junta,” he said.

[Read more: SafeBox Network: A tool to prevent journalists from being silenced]

Among the most difficult challenges for journalists in Myanmar is the simple act of getting information out of the country. Unreliable electricity and internet complicate already risky tasks such as contacting sources, many of whom are afraid to speak with the media.

“[The military] cuts the electricity, for example, for eight hours per day. Sometimes we don’t know when they will cut electricity. We don’t have Wi-Fi connection, and [during periods of electricity cuts] we have to rely on mobile data,” said Tuang.

Yet mobile data is in short supply. In December 2021, the Tatmadaw ordered telecommunication companies to double the price of mobile data. The following month, the regime increased taxes on SIM card purchases and Wi-Fi services, in a continued attempt to restrict the flow of online dissent. A severe economic downturn caused by the coup has made the price hikes even more inaccessible.

Without electricity or Wi-Fi, the last resort to contact sources is via traditional phone lines, which pose the risk of being tapped.

“That's very limiting … when you're calling people living in conflict-affected areas. Basically, anything can be sensitive, even humanitarian issues at the moment, because they involve a conflict [of which] the military is a leading perpetrator,” said Emily Fishbein, an American freelance journalist covering Myanmar from outside the country. “The military is deliberately trying to cover up information through internet shutdowns.”

Transportation, restricted by military checkpoints where soldiers search phones and computers for evidence of anti-regime sentiment, is another hurdle. Officers arrested Myo after they searched his devices at a checkpoint and found articles he had written on his Facebook account.

In September 2021, Tuang was working on assignments from prominent international news organizations, but due to electricity outages he needed to travel to a different region to access the internet quickly. Before doing so, he deleted all of his contacts and his work from his phone and computer. “There was no choice, because if I [didn’t] delete them, I [would have gotten caught] at a checkpoint,” he said.

Tuang reports that he had to pass through at least 23 military checkpoints over a distance of 1,028 km, about 639 miles, in order to relocate to an area with more reliable internet.

[Read more: Dead end or bridge to the future? Understanding the impacts of journalism in authoritarian regimes]

The military also raids apartments and houses in Yangon, Myanmar’s largest city, to check that all household members and overnight guests are registered with the government on the household registration list. Requiring citizens to report who is staying with them makes it harder for protesters to evade the military. Arrests may follow if the military finds evidence of resistance during these checks.

When her house was raided last year, she managed to hide her work phone, and luckily she had no one not registered with the government visiting her house that day. Still, she keeps all of her work on Google Drive and regularly deletes emails and messages on her phone.

"Every day, every second, they are breaking all of our human rights,” she said. The military also announced that they would fine anyone using a VPN. Neither Tuang nor Nandar have heard of any instances of the fine being imposed, but Nandar hides her VPN on her phone when she goes outside, nonetheless. “That’s the only way that I can see Facebook,” she said.

Nandar does not want to stay in Myanmar.

“Living here is kind of a living hell, kind of like suffocating … It's like drowning in a small pool. Every day someone is watching,” she said. “I don’t have any hope.”

Since the coup, however, none of her family members have been able to find work. It is up to her to support them. Although being a journalist is very dangerous, finding other work is difficult, so she continues.

Nandar doesn’t personally know other journalists who have been arrested yet, though she knows many who have left the country. Some have managed to find other jobs outside of journalism. “They were really, really good reporters once. But they are now selling clothes, selling food,” she said.

A friend of Tuang’s was arrested early last year. After her release, she recounted the conditions at the infamous Insein prison. She was placed in solitary confinement for several weeks after refusing food she could not eat due to health conditions. Other journalists who survived arrest have also recounted stories of torture at Insein.

Conditions for journalists today are even worse than under previous military rule. In 2011, before the brief period of democratic rule, the World Press Freedom Index ranked Myanmar 140 out of 180 countries. It now ranks 176. But this time, the younger generation in Myanmar is pushing back by protesting and joining armed resistance movements.

“I believe in the people, in the young people. They are very passionate about the democracy campaign in our country,”  said Tuang, who is currently in Australia pursuing a master’s degree. He continues to share his story as a form of resistance. “I also [will] do my best to help them, where I am, with what I can,” he said.

Photo by Saw Wunna on Unsplash. 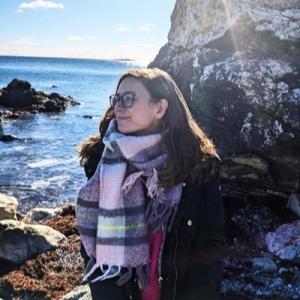 Isabella Meibauer is a freelance writer and journalist specializing in religion and culture with an emphasis on South and Southeast Asia.