Brazil's Independence Day this year will be best remembered for the anti-democracy demonstrations that took place in the country. President Jair Bolsonaro gave speeches attacking the Supreme Court and threatening its members. Supporters in turn took to the streets.

The crisis incited by the president against the legislative and judicial branches has direct consequences for journalism in the country.

Although the demonstrations attracted smaller than expected crowds, many proponents of the president were out with signs demanding a military intervention, that the Supreme Court be shut down, and for a return of AI-5, in reference to a 1968 act issued by the military dictatorship that shuttered the Brazilian Congress and State Assemblies, and legalized censorship.

All of these demands are unconstitutional.

Journalists covering the anti-democratic acts feel the tension in the air. "I would avoid using anything that identifies you as press," said Leandro Demori, journalist at The Intercept Brazil, adding: "It's critical that newsrooms provide protection to their staff."

TV Globo in the country’s capital of Brasilia, already elects not to display the organization’s name. For instance, press badges and microphone station flags are usually removed when  employees are outside.

"My first advice for those who are working right now is to be as informed as possible so that you’re not taken by surprise. Try to keep a low profile to avoid exposing yourself, and wear comfortable tennis shoes to cope with all this," said Raquel Porto Alegre, a GloboNews reporter, who covered the latest demonstrations from the roof of the National Library, from where she could watch the president's supporters along the Esplanade of Ministries.

"We've been insulted on the streets — people are always assaulting us one way or another. And our organization’s guidelines say that we should leave a place immediately whenever we feel at risk," said Porto Alegre. "I think it’s pretty hard to work under such conditions. I have this bad feeling of being constantly on high alert. We never know what could happen next. There's always this tension in the air."

According to Brasilia's Journalists Union, at least 10 journalists, photojournalists and TV camera operators were assaulted while covering the Sept. 7 demonstrations. Some media workers left under police escort, and others who asked police for help were frisked and humiliated in public.

The president's supporters continued the intimidation the following day. Journalists from two TV stations were forced to leave the Ministry of Health building in Brasilia under police escort.

Brasilia's Journalists Union claimed the issue is exacerbated because police staff is not enough to handle the protests and many officers are benevolent to Bolsonaro's supporters. "We will send records of the president's supporters in action to the Public Safety Department and demand that applicable action is taken," said Juliana César Nunes, the union’s organizing director.

Nunes said the union is pressuring relevant institutions for journalists to receive protection, and have safe working conditions assured. Following a complaint from the union, the Federal Prosecution Office acknowledged that journalists are facing risks at Alvorada Palace (the president’s residence), and demanded that the federal government take appropriate action.

[Read more: Tips for covering right-wing groups around the world]

A practical guide on journalism safety

The journalists’ network Jornalistas Livres has published a safety guide for media professionals covering the unrest in Brazil. "We want this guide to have an expansive circulation so that coverage of demonstrations can become a safer activity for journalists, at a time when the media is under severe oppression," said Marcelo Cricci, who produced the guide along with fellow journalists Eduardo Tkacz and Laura Capriglione.

Here are some recommendations from the guide:

Photo by Gerd Altmann on Pixabay. 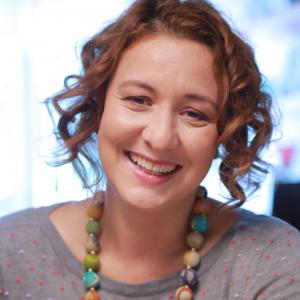 Fabiana Santos is the IJNet Portuguese Editor, based in Washington, D.C. She is a TV and social media specialist, and she has a Master’s Degree in Intercultural Studies.