Learning languages opens doors for journalists to be places they never thought possible, and to connect with sources and audiences that they otherwise wouldn’t. For Sophia Smith Galer, her experience as a linguist enabled her to connect with people in various countries, such as Lebanon and Italy, and helped her land her current position as the dedicated religion video journalist for the BBC World Service.

Smith Galer’s ability to connect with people in their own languages has helped her better tell their stories. “It gives a huge head start when you talk to someone because you've clearly taken the time to get to know their culture,” she said. “That is [a] massive moment of respect.”

Smith Galer graduated from Durham University with degrees in Spanish and Arabic. She found an opportunity to showcase her language skills in an opportunity she found through IJNet — the “Many Languages, One World” essay contest from the United Nations Academic Impact and ELS Educational Services.

“I went for it, and by going for it I had to write an essay in praise of multilingualism,” Smith Galer said. “It couldn't be [written in] your mother tongue nor could it be [in] a primary language of instruction.”

She submitted an essay in Arabic in praise of multilingualism, and after being selected as one of the winners, gave a speech in Arabic on climate change at the United Nations.

Originally from London, Smith Galer trained to be an opera singer until her early 20s. After seeing how unstable the opera industry was, she turned to journalism. Even after the switch, she sees parallels between the two careers.

“Your job [as journalists] is to help tell other people's stories. It's not about telling your own,” she said. “Oddly enough as it might sound to the casual observer, my musical training helped with that.”

Smith Galer’s reporting stands out since she uses video to tell religious stories, as the beat is usually covered through print.

She thinks the religion beat is particularly important since beliefs play a critical role in people’s decision making. “It drives people all around the world to do things because they are compelled by their faiths to be incredible humans and do [incredible] things,” she said. “There are so many good stories to tell.”

Smith Galer spoke with IJNet about reporting in the U.K., what it means to be IJNet’s journalist of the month and her advice for young journalists.

IJNet: What is it like reporting in the United Kingdom?

Smith Galer: For [BBC] World Service, I rarely report on what's going on domestically. The challenge is how you get plugged into communities that are not the U.K.? That is my challenge because I always have to be very aware of what's going on elsewhere. I find it easy to [overcome] this challenge because I use Instagram and Reddit, and there aren't a lot of people who are using that in the religion reporting sphere right now. It's been immensely useful in terms of finding stories, finding contributors who can help me understand stories further and helping me relay them to our audience.

A big challenge is that the U.K. is far more secular than a lot of countries in the world. In the U.S. for example, there's a far greater understanding of how important religion is in the public sphere and how important it is to not dismiss people with religious beliefs. In the U.K., because it is so secular, it can be harder to push religion stories through, or to make people understand why they're important. 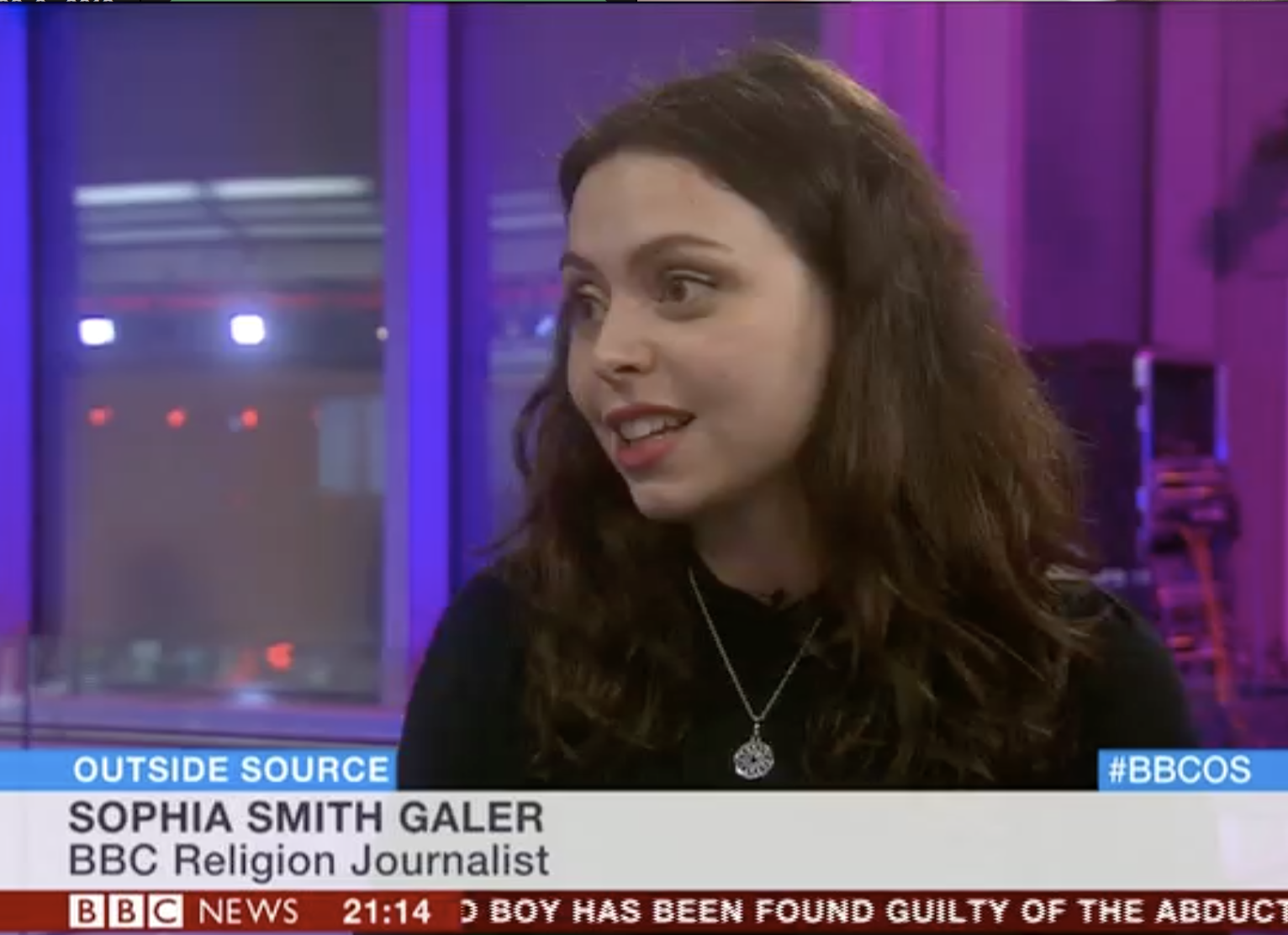 What does being featured as IJNet’s journalist of the month mean to you?

I hope that people will recognize [the need for] reporting religion, and reporting religion through video, because a lot of religious stories at the moment are still being reported through print. The fact that I have my job in the first place is because the BBC decided that they needed to put funding in this area. Hopefully people will recognize that it's worthwhile digitizing the religion beat.

What advice do you have for younger journalists looking to enter the field?

I definitely wouldn't be here without my languages. The thing about learning languages is that so much emphasis is put on the word “fluency.” You'll never hear one language student ask another language student “Are you fluent?” What fluent means is a fluid concept. For me it's never really been about [being fluent]. Even though I am very good [at speaking] both Spanish and Arabic, and I speak conversational French and Italian, it's never been about becoming fluent or having perfect grammar in order to write a big work of art. It's always been so that when I am on the ground, and when I meet someone, I can build a rapport.

My advice to young journalists would be: a) learn a language and try to learn one that's a bit different; b) forget print and focus on acquiring video skills; and c) know how to use social media, which has been instrumental.

Images courtesy of Sophia Smith Galer. This interview was edited for length.