Interview with Alisa Sopova: Lessons from the state of Ukrainian media

As misinformation and fake news have spread across borders, journalists in every country have scrambled to find a solution.

Few places feel this more than Ukraine, whose media has largely reacted to Russian information warfare with its own tribalist, emotion-driven coverage of the separatist-nationalist conflict that has raged in the Donbass region since 2014. As a result, the stories of the 3.5 million civilians caught in the crossfires of this war have largely been lost or distorted beyond truth.

Alisa Sopova, a journalist from Donetsk, has been working to address these problems for the past four years. When conflict broke out in eastern Ukraine, Sopova began working as a freelance reporter and producer for international media. Currently a visiting scholar at Harvard University’s Davis Center for Russian and Eurasian Studies, Sopova promotes balanced, objective journalism as an antidote to warped facts and propaganda.

IJNet spoke with Sopova about Ukrainian media, combating fake news and what non-Ukrainian journalists can learn from this often-misunderstood country:

IJNet: How would you describe the current press freedom situation in Ukraine?

Sopova: In Ukraine, there are progressive media dealing with serious issues like corruption and conflict in the East. Their audience is limited to educated, middle-class urban populations. The rest of the population consumes mainstream media, which are mostly engaged in entertainment and pushing simple narratives, often in the interests of the business groups controlling them.

The conflict in Donbass has posed a big challenge to Ukrainian journalism, and unfortunately we are not dealing with it well. Overwhelmed with the initial information attack from Russia, Ukrainian journalists didn’t come up with anything better than to become “patriotic” “soldiers of informational war” who are “fighting in the interests of Ukraine.” Without almost any pressure from the government, coverage of the conflict quickly became very biased and propagandistic. One of the most disturbing trends is the refusal to cover anything on the non-government controlled side (and labeling any attempt to do so as treason) and focusing only on the military side of the conflict. The civilian population in the conflict zone, suffering and human rights violations, is either ignored or described as suspicious creatures who might be helping the enemy.

Still, there is space for independent media of good quality (Hromadske TV is the most popular example). They often have limited budgets and broadcasting opportunities, because they cover issues that many are in denial about. It is a hard choice to run any kind of progressive media because running any business in Ukraine is a pain. It’s always tempting to run to the warm embrace of an oligarch who will solve your problems in exchange for loyalty.

How are Ukrainian independent media addressing the threats they face?

Generally, attracting public attention is considered to be helpful. When their colleagues are facing threats or harassment, journalists often publicly speak in defense of each other, extensively cover these cases, etc. But this may or may not happen if the endangered journalist is from the opposing political camp. 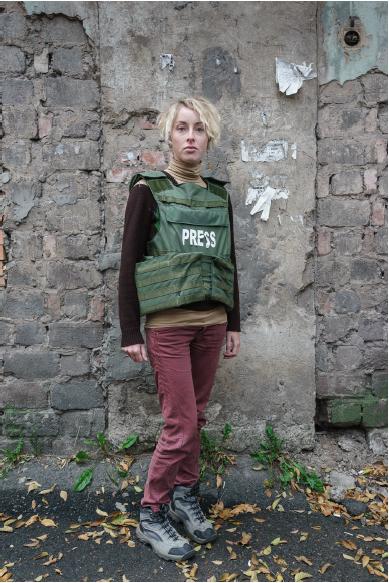 In spring 2016, the Ministry of Interior published a list of “journalist-terrorist accomplices” – journalists who were accredited in the so-called Donetsk People’s Republic [the region controlled by separatists]. A group of journalists from multiple media outlets, both Ukrainian and foreign, wrote a joint open letter to the Ministry. Though it was improvised, it was a pretty efficient sign that we refuse to be treated this way. However, within professional circles, we were the minority: many of our colleagues either didn’t care or supported the Ministry of Interior.

Ukraine has a pretty well-developed network of media NGOs. They are pretty efficient in monitoring press freedom and taking action against threats. We are very grateful to NGOs and iNGOs that organize safety trainings and supply journalists working at the frontlines with free safety kits.

What do you think journalists from outside the region can learn from Ukrainian journalists?

In 2014, many journalists in Ukraine faced a real danger of death at war under crazy circumstances. I survived only by miracle several times. Obviously, I don’t wish such an experience on anyone. But in the U.S., I hear complaints from my colleagues about how they feel endangered because the president mentioned them in a disrespectful way. If you are a journalist, why is it a problem that somebody might be pissed off with your writing? Even somebody in power? When people talk about the danger and threat they feel, I can only advise them to go somewhere where people live with real danger and talk to them and write about them instead of talking about yourself all the time.

How are Ukrainian journalists working to overcome the fake news crisis? StopFake is the most obvious example to Westerners, but can you discuss how journalists in Ukraine are using sustained on-the-ground reporting to combat misinformation? 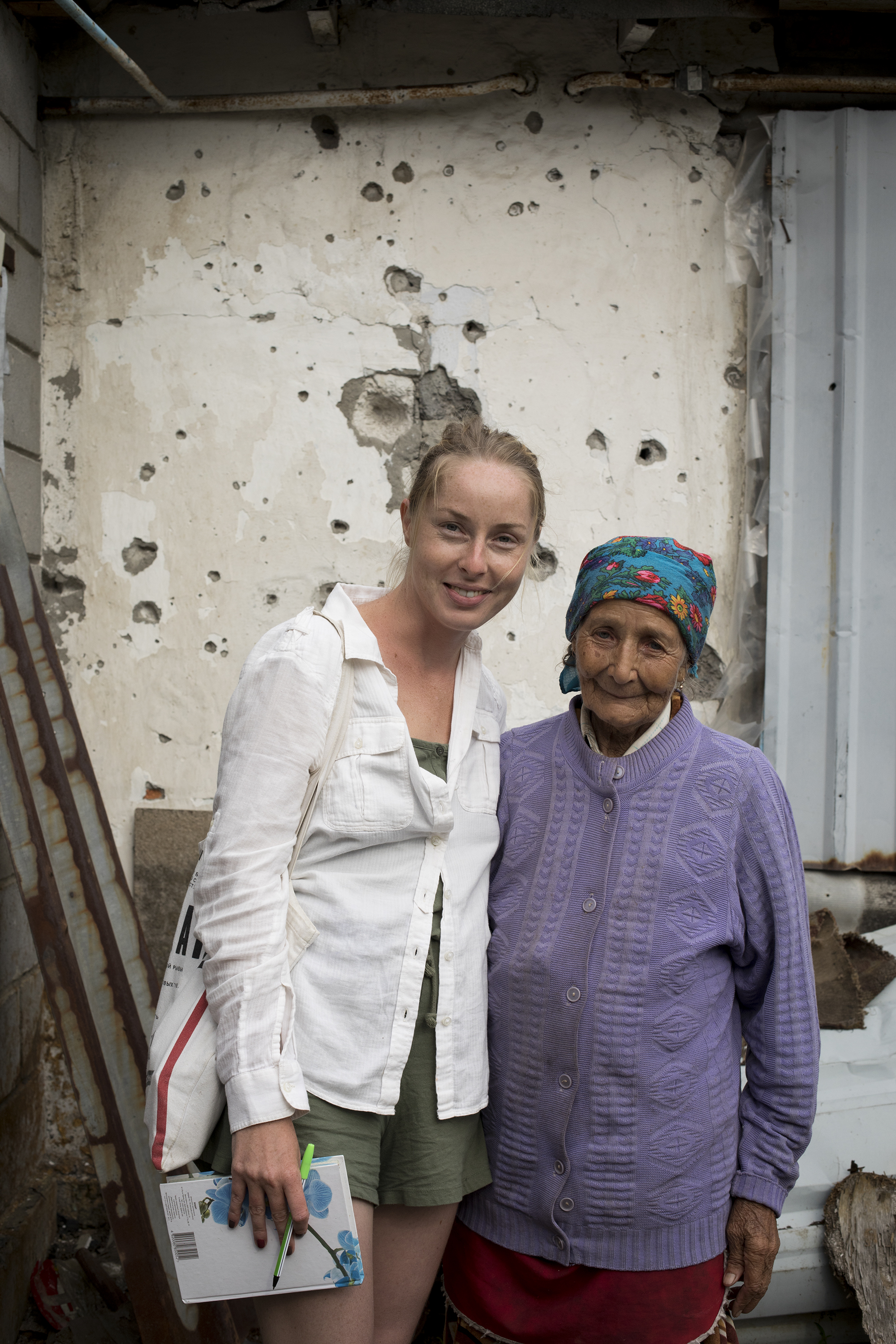 In most cases, Ukrainian media cannot counter Russian misinformation with anything better than their own misinformation, especially in their coverage of the non-controlled territories. Instead, they take whatever they find on social media, without any fact-checking, flavor it with their own assumptions and publish it. As a result, the Ukrainian informational field is overflowing with emotional, often untrue, and usually pretty absurd stories about what presumably happens in the separatist republics. Sometimes the result is really comical, like my favorite example, a news report titled “Terrorists repaired railroad in just two weeks.”

Considering StopFake, I am glad that it suddenly became famous. It’s doing a good job disproving fake news in an analytical way. But this isn’t something that helps in this situation. In the current misinformation crisis, the untruthful messages appeal mostly to emotions, not to logic, and seek to affirm what the victim already believes. Countering it with logical arguments doesn’t work. Ukrainians don’t know the answer. They are even more lost and frustrated than you are.

There are a few positive examples of what you call “sustained on-the-ground reporting.” One recent example is “The Secret Compound” documentary by Hromadske TV. While investigating the cases of illegal detentions by the Ukrainian special service, its authors spoke to people who claimed they were illegally detained and asked them to describe the interior of the detention center. They managed to get access to the place (a basement of SBU building in Kharkiv), compare the people’s descriptions to reality and find they matched, confirming that these people had been there. These journalists got a lot of public harassment from nationalist groups for this documentary. But this strategy – checking officials’ claims with meticulous bottom-up research, paying attention to small details and talking to common people – is a good strategy that Ukrainian journalists at progressive media often employ.

What needs to happen before international coverage of the Russian-speaking world moves away from sensationalized headlines and toward coverage of issues that affect everyday people?

It would really help if international media cooperated more closely with local journalists and hired them – not just as fixers, but as writers. As a former fixer myself, I know too well how often Western journalists come to places like Eastern Ukraine only to reinforce their existing views. Oftentimes, such coverage portrays local people as exotic creatures while missing important issues.

However, we should be aware of that fact that local sources might be extremely biased. I’ve observed this fallacy in coverage of the Syrian war, when local sources are deemed trustworthy only because they are on the side of who we believe are the good guys. I would suggest working more intensively with locals, but only with those who focus on everyday issues and global human values, not on supporting a particular political or military force.