How journalists are finding revenue sources in Zimbabwe

The effects of the economy before and after the onset of COVID-19 have forced many newsrooms around the world to close, and many journalists to lose their jobs. Zimbabwe is no exception.

Every year, too, many new young journalists graduate and enter the already tight media job market in the country. As they do so, they are finding ways to make a living, from freelancing to innovative alternatives.

Freelancing is one of the most common, yet competitive, ways that journalists can earn a living.

“It’s tough to survive as a freelance journalist. Media houses are no longer commissioning pieces as they used to. Perhaps it’s because of the pandemic. It’s a hustle,” Matiashe said. “Freelancing is a business — it must be managed well. There is a need to invest in the freelance business, in equipment and even capacity building.”

[Read more: What J-Schools should teach about freelancing]

He earns between US$3,000 and US$6,000 per month, mainly from European and American publications. “The trick to successful pitching lies in aggressively pitching editors, and getting rejected, and pitching again like a madman,” he said.

“I normally get new assignments through international workshops and trainings I attend where I meet editors and senior reporters. Platforms such as the Global Investigative Journalism Network, the International Journalists’ Network and Opportunity Desk from Nigeria share great opportunities,” said Matiashe.

Both Matiashe and Mwareya are active on social media, too, analyzing trends to generate story ideas. “Never underestimate the power of LinkedIn, Facebook and Twitter,” Matiashe said.

Mwareya also gets freelance opportunities on social media. “I have built a solid online and personal relationship with editors. But, my biggest source of freelance work is Twitter channels like Writers of Color, which I follow daily to check the latest freelance calls for pitches.”

The Zimbabwean economic and political environment presents many avenues for investigation. Various publications and organizations often call out for funded investigative reportage.

The News Hawks, an independent online publication, comprising veteran investigative journalists has presented itself, for example, as a robust investigative news outlet in the country — but still, more is welcome. “Zimbabwe's leading digital platform for investigative and breaking news. We're on the prowl,” the News Hawks Facebook page says.

Other writers like Matiashe have carried out assignments, using funding from different organizations to embark on environmental reporting gigs.

Other journalists are leveraging WhatsApp. The increased penetration of the messaging app in the country has offered news publishers a different avenue to regularly update their readers, as well as sell advertising space. WhatsApp’s increased popularity is occurring in a country that has had just one state-run TV station since it gained independence in 1980.

Although the country has more radio stations, they are often shrouded in controversy, with licenses allegedly being awarded to political cronies and associates. Radio licenses are difficult to acquire and, like other nations, newspaper circulation figures are dwindling.

The news outlet Nhau, for instance, operates more than 700 WhatsApp groups to reach users with their reporting, with advertisers charged a fee to place commercials in the groups. “We use technology to bring you your favorite media content via WhatsApp,” Nhau explains on its Facebook page. 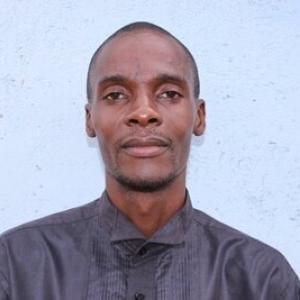 Derick Matsengarwodzi is a content creator with experience in the media, public relations, advertising and marketing industries, including NGOs. He contributes to regional and international publications.